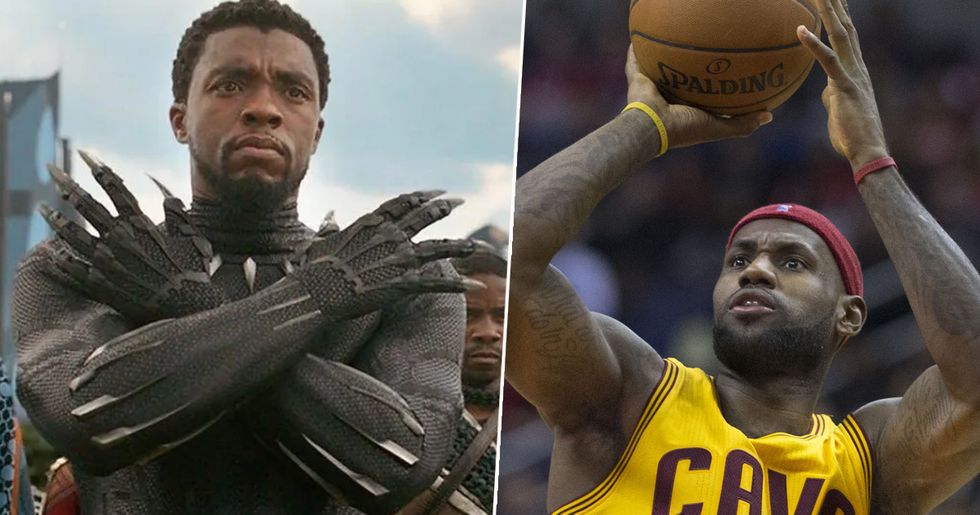 Yesterday, heartbreaking news shocked the world. Chadwick Boseman, the iconic actor and star of the film Black Panther had tragically passed away following a lengthy battle with cancer.

LeBron James was one of those who paid tribute to Chadwick by performing the Wakanda Forever salute before the Lakers game.

Just before the Lakers game began yesterday, LeBron made a beautiful tribute to Chadwick, warming the hearts of people across the globe.

He made the Wakanda Forever salute.

Taking inspiration from Black Panther, during a moment of silence, as the entire Lakers team took a knee in a time of reflection, LeBron made the salute in memory of Chadwick. So moving.

Now it has emerged that Boseman's final tweet has become the most liked of all time.

It's currently got around 6.7 million likes.

With almost seven million likes and another three million retweets, this just goes to show how loved and missed Boseman is.

It shattered the previous record.

Before Chadwick's post, the record was held by Barrack Obama when he tweeted:

No one is born hating another person because of the color of his skin or his background or his religion.

So Chadwick has beaten the record by over two million in around 24 hours alone.

He will be sorely missed.

The champion of acting and just all round nice guy will surely be missed by those knew him best and those who admired him from afar.