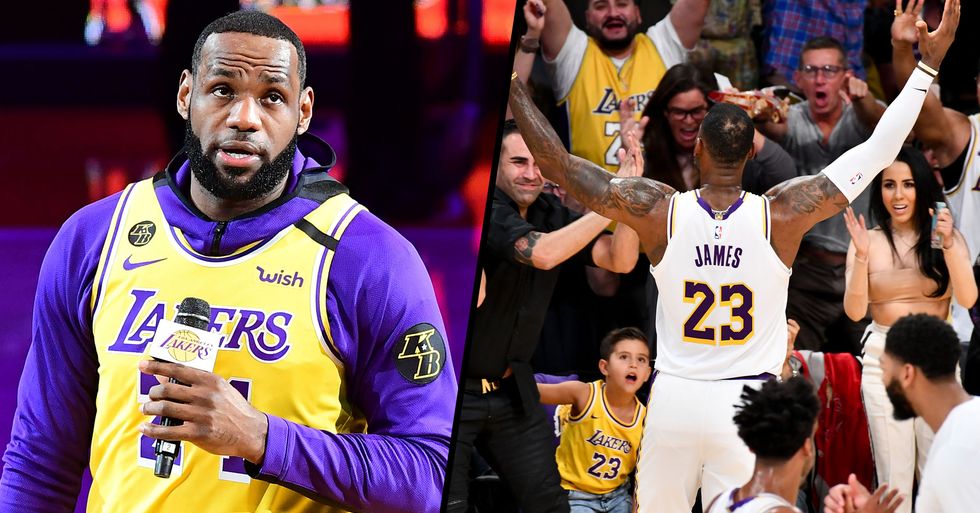 Amid the coronavirus panic, the NBA reportedly announced to their players that they may be considering banning fans from the courtside in any future games.

Well, NBA legend, LeBron James isn't having any of this and has taken a firm stand for his fans.

Keep scrolling to read more about the generous player, and to hear what he had to say about the proposed ban...

LeBron has always been a man of the people...

And, throughout years of major success, he has always remained grounded and stayed true to himself.

And he loves his fans.

So much so that he has vowed to not play if the NBA bans fans from basketball matches.

His announcement comes amid the coronavirus crisis...

Where many major sporting events such as the Olympic Games are facing potential cancellation to avoid any further spread of the virus.

And, on Friday, the NBA hinted that they may need to play matches without fans present...

Just to minimize the risk of contamination. They sent a memo to players which explained that fans may potentially be banned from coming to watch the matches from the courtside.

But James isn't having any of this...

And has claimed that he will downright refuse to play if fans aren't allowed into the court.

James has said that he only plays for his fans...

And that there would be no point him playing without them. Speaking to a Sports Center reporter, James said: “No, that’s impossible. I ain’t playing if I ain’t got the fans in the crowd. That’s who I play for. I play for my teammates, I play for the fans, that’s what it’s all about. If I show up to an arena and there ain’t no fans in there, I ain’t playing."

He doesn't care what the rest of the world is doing.

“I ain’t never played a game without no fans ever since I started playing ball. I don’t give a damn, this ain’t Europe. They can do what they want to do." You can watch his interview above. Recently, James lost one of his closest friends - Kobe Bryant. Keep scrolling to read the powerful speech he gave at his memorial service...