Lego Trolls Tesla With Its Own 'Shatterproof' Truck | 22 Words 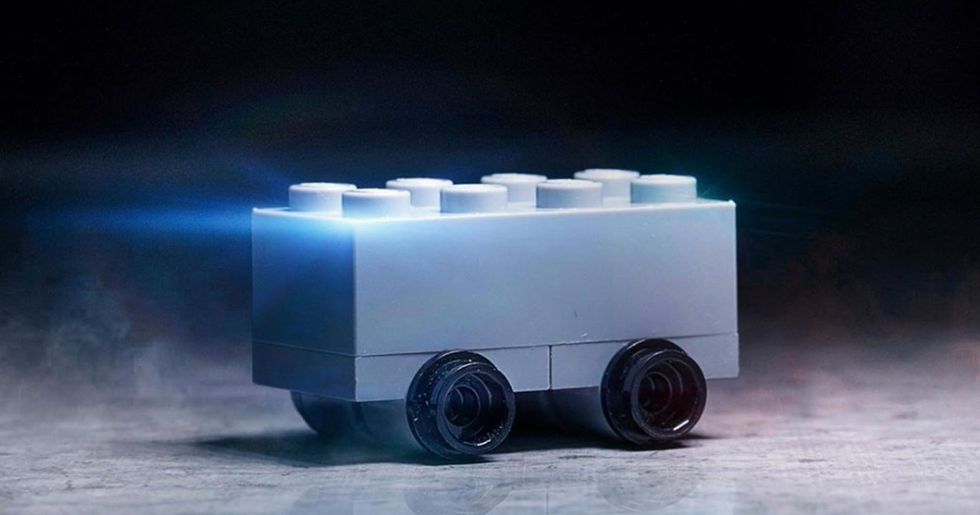 Lego Trolls Tesla With Its Own 'Shatterproof' Truck

The new - and hideous- Tesla Cybertruck has been making headlines for its weirdly futuristic look and the incapability to live up to its name.

The viral video of the "shatterproof" truck having its windows smashed by a brick, has strongly changed opinions about the futuristic vehicle and it's staggeringly high price.

But of course, this epic fail has caused a surge of trolls and memes about the Cybertruck, and it seems that even Lego has made their own little dig.

Elon Musk had a little bit of an accident last week.

So confident in the shatterproof design he asked Tesla's design chief Franz von Holshausen to throw a ball at the Cybertrucks window.

The ball shattered the Cybertruck's supposedly shatterproof glass and, well, made Musk look like a bit of an idiot.

It was extremely awkward to watch...

"It didn't go through [the glass], that's a plus side," Musk joked, desperately trying to make the situation better.

Inevitably, the incident has led to people mocking Tesla...

And Musk's presentation seems to have seriously damaged Tesla's reputation.

Frankly, this guy is so rich he can do whatever he very well wants to. Heck, for all we know the Cybertruck could be a very expensive prank.

Since everyone started mocking Elon Musk's presentation through the art of Cybertruck related memes, Tesla's shares have dropped 6 percent.

The memes have signaled a vote of no confidence in Tesla's current project and seen their shares drop. A 6 percent drop is the equivalent of Musk losing $768 million, and to lose that much money in one day is quite something...

And it's not only the people who have spoken...

Lego has had their sly say too.

Lego is one of the biggest toy manufacturers in the world...

And what is lego best known for? Being shaped into anything!

Cars and trucks are a popular lego shape...

And with the current climate, it would be rude for Lego to not create a Tesla inspired truck.

Posting on the official Lego Australia page, the toymaker shared a shot of a single block on wheels with the caption: "The evolution of the truck is here. Guaranteed shatterproof."

Lego has got in on the trolling action and it seems as though people are very much on-board with it - the Facebook post has racked up 12,000 likes and more than 15,000 shares in under a day.

People were impressed with Lego's wit...

One Facebook user wrote, "And anyone who has ever stood on a Lego knows that Lego is supernaturally strong." Amen.

Not so good. The Tesla Cybertruck has been torn apart online, so why on earth would anybody want to pay $90,000 for one?!

Turns out, there are actually some more redeeming qualities about the vehicle.

I know we keep talking about how the windows smashed, and the memes of it looking like a silver brick on wheels, but the Cybertruck is actually quite impressive.

Recently, a video surfaced online of it doing what it is supposed to do...

Being impressive. That makes a change, huh? The fifteen-second clip, which you can see if you keep scrolling, shows the Tesla Cybertruck playing "tug of war" with a Ford F-150.

It's safe to say, there was no competition.

The Cybertruck dragged the other vehicle with ease and it was pretty impressive if I do say so myself.

For anyone worried Elon Musk will end up crashing and burning like his demo did - don't be. Musk has a $23.6 billion fortune that no amount of memes could make a dent in.

Elon Musk is a seriously smart guy, heck he reckons he'll be able to have us all living on Mars one day. Even if we don't like the current Cybertruck design I bet they're the start of a new era in automobile design.

Well, I guess we'll just have to see how many of us will be cruising around in APC's in a couple of years. And if you're in the mood to read a little more about Elon Musk, then keep scrolling to see what he had to say about one of the most controversial topics of the entire year...