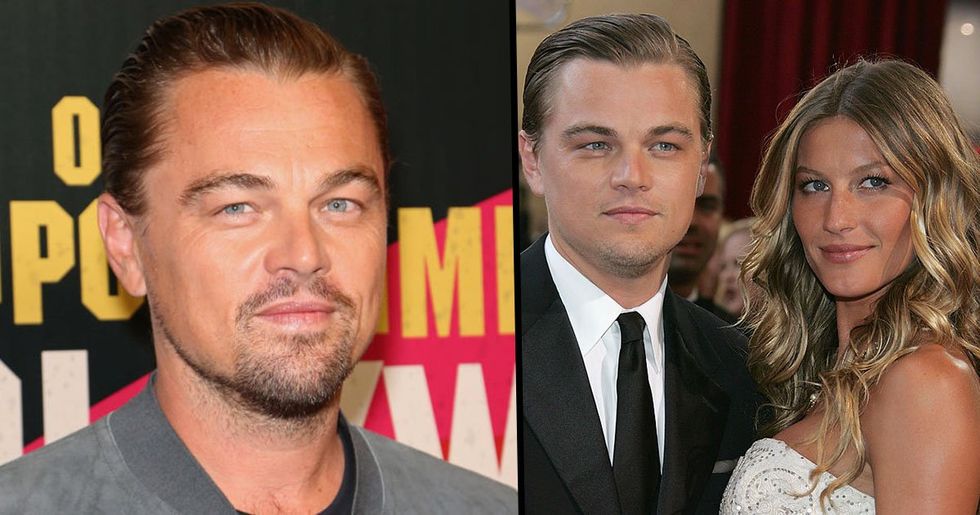 Leonardo DiCaprio Has Never Dated a Woman Over 25 Years Old

By this point, Leonardo DiCaprio is more than one of the acting elite, he’s Hollywood royalty. Once known as the man who would never win the Oscar he deserved to win, the Titanic star finally received his first award back in 2016. And although the actor has not been active in recent years, he still continues to make headlines. One of the most prominent subjects that often follows DiCaprio is his taste in women, or should we say, young women. Although it has always been known that DiCaprio has a type, the age of his lucky women has rarely been brought up, until now anyway. Recently, a Reddit user decided to make a graph of DiCaprio’s past women, making sure that their age was a prominent feature of the data, and the results were pretty surprising.

DiCaprio has always been known as bit of a bachelor.

Although the actor has been dating on and off for most of his career, his resistance to finally settling down has branded him as one of Hollywood’s most infamous bachelors.

But this doesn’t mean he doesn’t have a special woman in his life.

In fact, since 1999, the Romeo + Juliet actor has had 8 short-lived relationships.

But there has been very little reason as to why all these relationships have failed.

Maybe it’s the Hollywood lifestyle, the folly of youth… who knows!

But it appears that one particular person does have a theory.

And the results were interesting.

Because according to the graph, DiCaprio has never dated someone over the tentative age of 25.

In fact, many of his relationships ended at this age.

If you can believe it, a majority of his longer relationships usually ended when his partner had reached the titular age.

I guess DiCaprio does have a certain type.

He likes his girls model-ready and under 25-years-old.

But the pattern is interesting.

Although the graph may have been constructed as a joke, it does perfectly match up with DiCaprio’s dating history.

And many Reddit users also found the graph entertaining.

Already the graph has received over 22,000 upvotes as well as a surge of comments.

But let’s look at this in a bit more detail.

Let’s actually delve into some of the facts and figures of the chart, shall we?

The first of DiCaprio’s women to receive the graph treatment was Gisele Bundchen, who dated the actor from 1999-2004.

And there was quite the age gap.

When they were dating, Bundchen was only 18 while DiCaprio was 24. However, the two eventually parted ways. Supposedly, DiCaprio wanted the model to change her lifestyle, while refusing to change his – ouch!

Next on the list was Bar Refaeli, a supermodel who DiCaprio dated from 2005-2010. The couple met when the model was only 20 years old and were together for five years before they broke up. She was 25 at the time – funny huh?

This may shock some readers, but next on the list was Gossip Girl actress, Blake Lively, who dated DiCaprio back in 2011. When Lively was 23.

To date she is the only one of his girlfriends to not be a model.

It seemed Lively broke the model trend, even though she still remains to be one of the most beautiful women working in Hollywood today. At least we know she found her perfect match in Deadpool actor, Ryan Reynolds. So that’s nice.

Lively was a short-lived romance and five months later, DiCaprio had gone back to his model addiction, eventually dating Victoria Secret model, Erin Heatherton. Who was 22 at the time. Sadly this romance would also be a short one.

Next the actor found himself romancing the German model, Toni Garrn, who was 20 at the time. Their relationship would last until 2014. When Garrn was only 21. Starting to see the pattern yet?

By this point, DiCaprio was creeping into his 40’s and began dating swimwear model, Kelly Rohrbach, who was 25.

But it didn’t last long.

Sadly the couple decided to split over “strict work schedules". Which makes sense, seeing as DiCaprio was probably filming The Revenant at the time.

After the split their came Danish model, Nina Adgal, who was 24 when she first met the famous actor.

Reportedly, DiCaprio’s friends believed that Adgal would be the one. However, this was not the case and the couple split when the model was 25, once again. Seems that DiCaprio wasn’t ready to give up single life.

Now we finally reach the modern day with DiCaprio’s current girlfriend, Argentine model, Camila Morrone. At this point DiCaprio is now 44 years old, while his model girlfriend is only 21.

DiCaprio is even older than his girlfriend’s mother.

Yeah, turns out that Lucila Solá is actually 2 years younger than her daughter’s boyfriend. Which doesn’t sound awkward at all.

But it looks like this one may be the keeper?

Some believe that Morrone will be DiCaprio’s lobster, in that she will be the one to stay.

I guess we’ll see if the theory is true if Morrone is able to make 26 and still be DiCaprio’s one and only.

DiCaprio actually may have more time to devote himself to his current girlfriend, seeing as he hasn’t appeared on our cinema screens in quite a while.

Although he is set to appear in the new Quentin Tarantino movie.

Which is definitely a good sign, especially when considering how incredibly DiCaprio did in Tarantino’s other film, Django Unchained.

The film will also reunite him with some old friends.

The film is slated for a 2019 release, and will also star DiCaprio’s Wolf of Wall Street co-star, Margot Robbie.

Who knows, maybe Morrone will walk down the red carpet at the premiere.

Let’s hope this does happen, because DiCaprio needs to settle down now.

Anyway, here's the graph in all its glory.

As long as you're happy Leo, you do you.