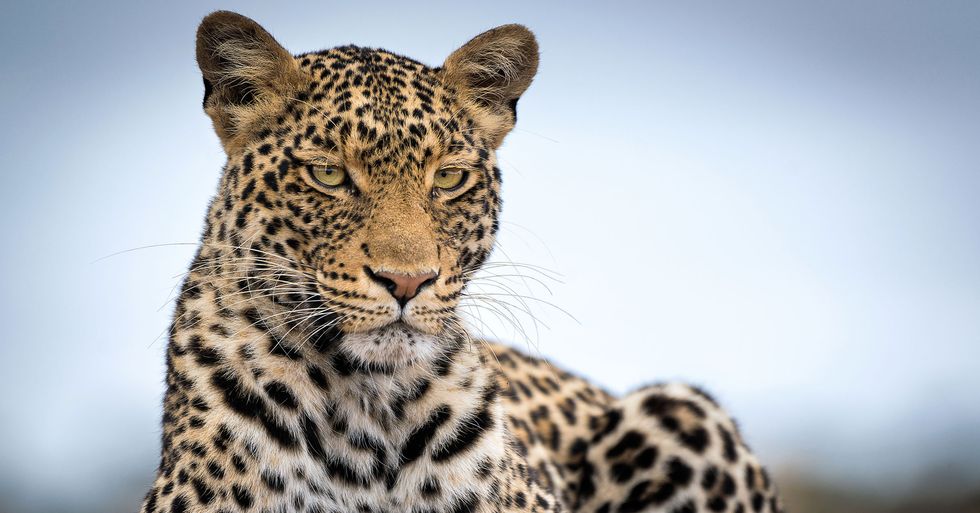 For the first time in decades, wildlife is taking back it's territory, resulting in people capturing some amazing clips.

An African safari park was treated to a spectacular sight when one of its residents decided to do the extraordinary, leaving visitors baffled at the adorable display.

And our animals are thriving as a result. Keep scrolling to see some of the best photos of flourishing wildlife from all over the world, including the rare footage of a leopard with her cubs doing the strangest thing!

Because, when the humans are away...

The squirrels can play.

A group of lambs decided to take advantage of the lockdown by exploring a deserted children's playground.

How about this coyote spotted catching some rays in front of the Golden Gate Bridge in San Francisco?

And for something a little less scary...

A fox in Texas found refuge in the quiet abode of someone's back garden.

We all remember this remarkable sight...

Over the last few months, amazing footage has been coming in from the famous Italian city of Venice. The sudden drop in pollution has resulted in the canals being clearer than ever before resulting in wildlife returning.

All sorts of marine life have been making their way into the clean waters since the lockdown...

Surprisingly resulting in a recent sighting of a barrel jellyfish! Due to the absence of boats, the water is still enough for these little guys to live happily.

But the most shocking footage to come out of all this was captured in South Africa...

Visitors were left in awe when a mother leopard patiently helped her tiny cubs cross the road right in front of them!

This rare scene was captured in the Kruger National Park in South Africa, by sixty-four-year-old Thinus Delport.

While waiting, Delport made a bizarre request to his daughters that actually paid off! He said: "As we drove, I jokingly convinced them to start singing in the car, to draw the leopards out, and so they did - and to my surprise - it actually worked."

Although we can't be sure that's what enticed the leopard out, it seemed to work right on cue.

In the video, After scoping out any potential hazards, the mother takes the first move, followed by her wary cubs. Take a look at the footage below...

To see something like this is extremely rare, even at a National Park.

Delport said: "We've been visiting the Kruger for over 50 years, and not once have we seen something like this. This just came to show that patience really does pay off." But sadly not all animals are enjoying the quarantine, take a look at why this bulldog is breaking everyone's heart... His eyes are so sad!