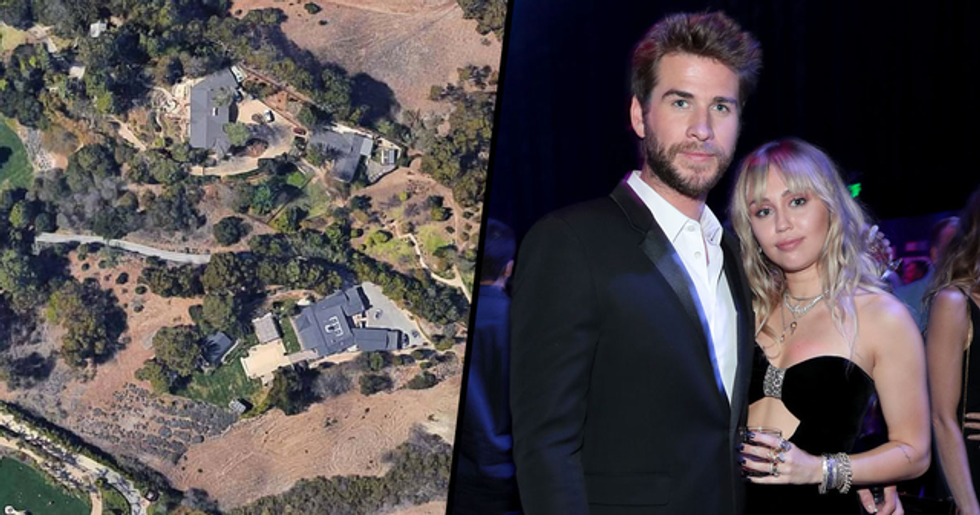 Miley's had a whirlwind of a couple of months. First, fans were freaking out after photos of the star looking worryingly skinny emerged, then Miley was caught making out with Cody Simpson, then she confirmed that he is, in fact, is her boyfriend, and then she was hospitalized with Cody rushing to her side. Oh, and she's been going through a highly publicized breakup from her husband, Liam Hemsworth on top of all this.

Miley hasn't said too much about why she and Liam broke up (again), but she did open up about her feelings towards her ex in a candid Instagram live video. And she didn't hold back.

But now Liam has hit back with a pretty controversial move - and the internet doesn't know what to think.

Fans were worried at the sight of the star in hospital.

Miley's sure had a tough couple of months and after those pics surfaced, Twitter was concerned, to say the least. "It breaks my heart seeing my baby at the hospital. Feel better soon MC," one Twitter-user wrote, while another wrote: "Miley Cyrus in a hospital bed sick gives me anxiety pray for baby girl! Wish her all the best!"

These updates included a picture of Cody rocking up to the hopsital with roses and his guitar. Aw!

The star was set to appear at Gorillapalooza, a charity event set up by Ellen DeGeneres, this weekend and wrote on Instagram: "Send good vibes my way!" "Hoping the Rock star G*DS send me a boost of bad a** and help me kick this s*** to the curb where it belongs! We got gorillas to save!"

Fans are taking this to mean Miley thinks ex-husband Liam is not a good person or is "evil." I don't care what went down with you guys... But don't put your ex on blast on Instagram live, Miley. It's not cool, and it's just undignified and embarrassing on your part.

Although it seems as though Liam isn't exactly behaving like an angel, either.

And the latest news of his strange choice of living space has the internet scratching its head.

Because it seems as though he's getting a little too close for comfort.

It's been revealed that Liam is planning on building a new home - but it's right next door to where Miley and Cody are living.

It's true, Liam and Miley owned the neighboring lands while they were still together - but it still seems a little odd to continue to live in such close quarters.

The home they shared was tragically lost.

Late last year, the horrific Los Angeles fires destroyed the home Miley and Liam had shared, leaving only this "love" sign in its place.

So Liam has chosen to rebuild.

Rather than selling on the land, he's doubling down. We wonder if it'll lead to any future awkward encounters between the new neighbors?