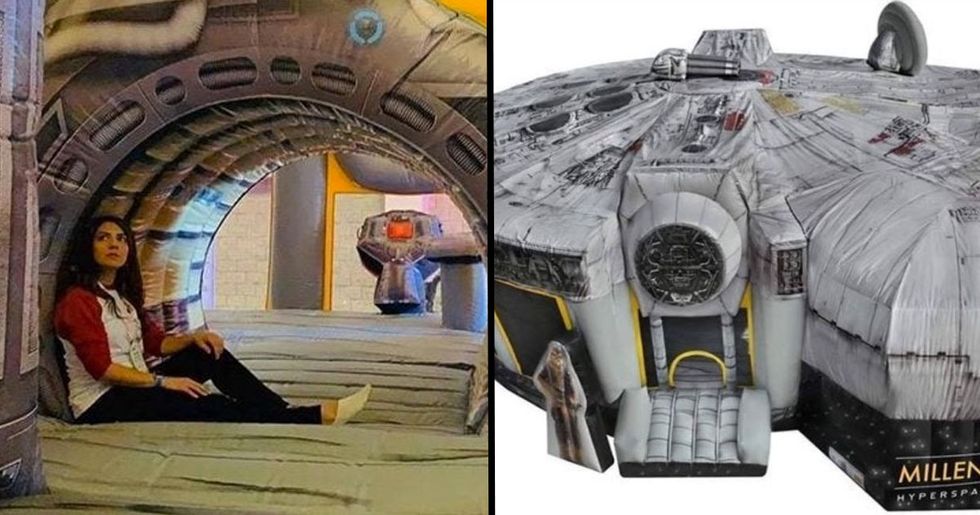 It has most certainly been an eventful year for the world of Star Wars.

With the recent release of The Rise of the Skywalker, fans have been going crazy for the sci-fi franchise.

Merchandise has been flowing but now, the ultimate Millennium Falcon is on sale and it is incredible.

They also featured an all-star cast...

The original trilogy was followed by more movies...

The third installment of the Star Wars sequel trilogy and final movie in the Skywalker saga, The Rise of Skywalker, dropped in theatres last week...

The movie sees the Resistance face the First Order once again, and the end of the ancient conflict between the Jedi and the Sith.

Fans are beyond excited...

And the reviews so far have been pretty good.

Despite many thinking that it isn't as strong as The Last Jedi...

It has been so far received well by audiences, and it has been described as a thrilling, fun-filled and light-speed finale.

But with every new movie...

Comes a lot of merchandise.

Christmas may be over...

But that doesn't mean one cannot treat themselves to some incredible Star Wars merchandise, right?

An inflatable Millennium Falcon has just hit the market...

And it is completely life-sized.

Disney themselves have contributed towards the production of the Falcon...

The enormous Millennium Falcon comes from Magic Jump, a company that specializes in lavish inflatable goods.

It won't be easy to assemble...

It has been described as the "most unique inflatable attraction in the galaxy"...

And we must say, it looks absolutely amazing! Now, just imagine kicking back with a Netflix series while chilling out in your Millennium Falcon... incredible.

It is a complex build...

The website explained, "The exterior features a comprehensive application of the actual graphics of the Millennium Falcon’s armored hull, while the interior contains iconic features seen in Star Wars movies."

But it has everything.

The inflatable also features a main cabin with pop-up obstacles such as a bunk, storage container and holo-map where users can see a holographic-like rendering of the Death Star, as well as a laser cannon turret and a hologram table.

It doesn't come cheap, however...

Unless you have a casual $10,000 laying around, paying the hefty price tag for your very own Millennium Falcon may be a little bit tricky.

But as any die-hard Star Wars fan can relate...

Your very own Millennium Falcon is totally worth it. Keep scrolling to see how you can earn $1,000 by watching Star Wars back to back...