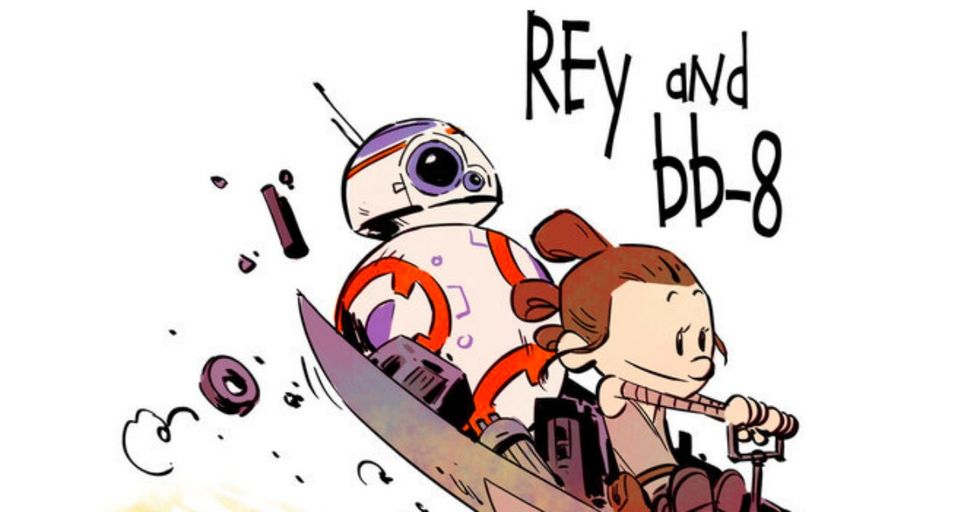 Like 'Star Wars'? Then You'll LOVE 'The Force Awakens' Re-imagined as 'Calvin and Hobbes'

The pieces Kesinger created were in the style of one of his favorite comic-strip: Calvin and Hobbes.

Which makes them, umm, AMAZING!

Kesinger boasts quite the impressive resume, having in the past worked as an artist for both Disney and Marvel.

SPOILER ALERT: These drawings are great, and also tell big chunks of the movie.

Kesinger said that he got the idea from watching the scene in Star Wars: The Force Awakens where Rey rides her sled down a sand dune.

“Bill Watterson has been one of my biggest artistic influences so it was a fun opportunity to combine two of my favorite things," said Kesinger.