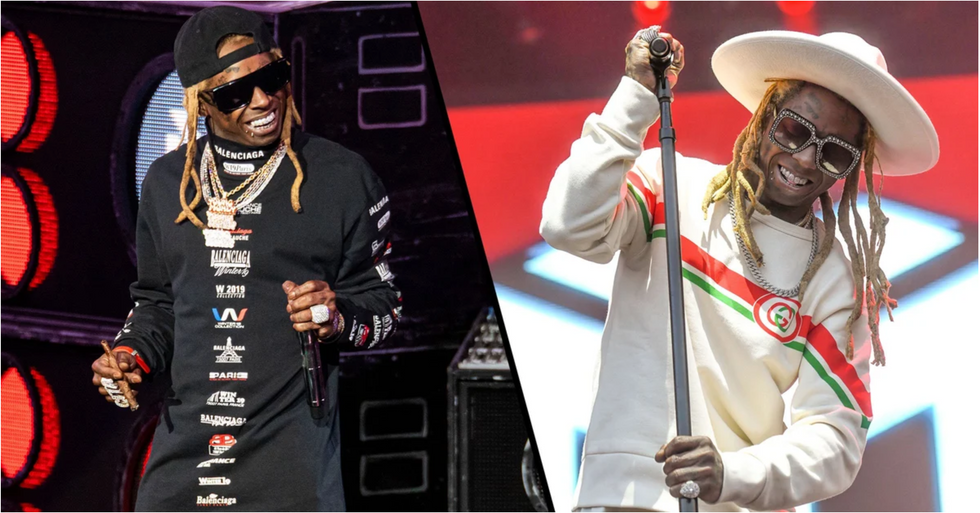 After many began speculating whether he had lost his flair for producing hits, the American rapper finally has some new music and it's finally dropped today.

Keep scrolling for all the details on his highly-anticipated new album... fans are going crazy.

His album, Tha Carter, dropped. The acclaimed album peaked at slot 5 on the Billboard 200 chart, as well as giving us the hit single "Go D.J."

He got stuck straight back into his music.

Although there's no doubt that his recent works haven't been as huge hits.

In fact, many thought that the star's hit-making abilities were behind him.

And in 2018, Lil Wayne and Cash Money parted ways amid disagreements that were heightened by the 2015 mixtape Sorry 4 the Wait 2.

There's been a lot of buzz surrounding the new album.

And attention surged when he took to Instagram last week to share a teaser video with fans.

Anticipation has been sky-high.

And people were eagerly awaiting the new offering. Lil Wayne had briefly spoken about the upcoming project during an interview last year with Q93's Wild Wayne: "You know how it work," he said. "My album's always done. It just takes Mack to come in there to rack up a couple of songs and name them. That's how it go round here. I work every day. It just take them to come in and say 'let me get these 20 songs, can I have these and name them, and we go from there.'"

And now it's finally here.

His new album, titled Funeral has finally dropped. Lil Wayne isn't the only rap artist to have released new music. Keep scrolling to learn more about Eminem's new album and why one song, in particular, has been causing outrage.