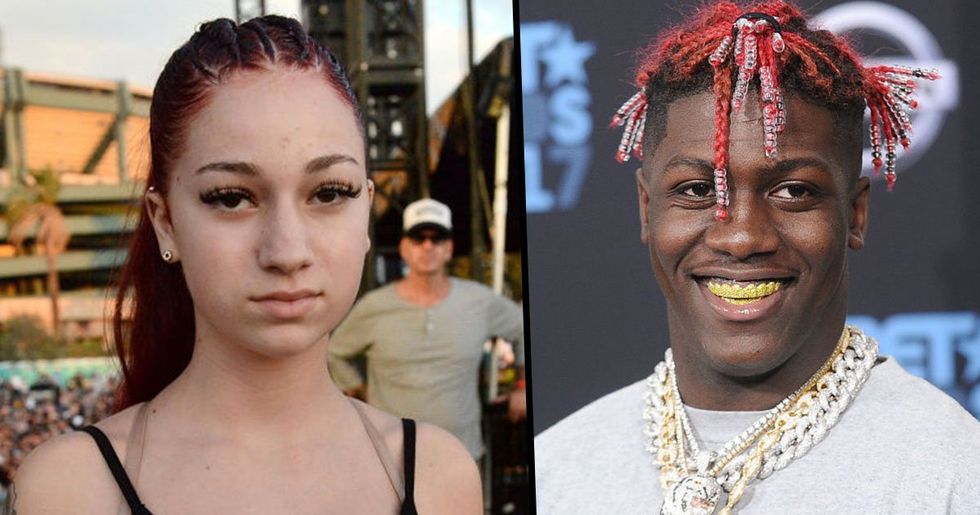 With the advent of the internet, came strange new ways to earn viral fame. More and more young people are becoming rich beyond their wildest dreams. And since many of these young people are free from responsibility and obligation, their spending habits can sometimes be more than a little eyebrow-raising. One such purchase that shocked the internet was made by American rap star Lil Yachty. Even more surprising? It wasn't even for himself.

The recipient of Yachty's generosity was everyone's favorite out-of-control teen, Danielle Bregoli. She rose to fame after a stunning appearance on Dr. Phil went viral, coining her a memorable catchphrase, "cash me ousside, how 'bout dat". Since the appearance, Bregoli has managed to make a musical career for herself under the moniker, Bhad Bhabie. Bregoli and Yachy collaborated on her mixtape, and have clearly become great friends.

Bregoli turned sixteen on Tuesday, and partied in her signature showy style. But the real star of the show was her insane gift from Lil Yachty.

Bregoli rose to fame after a simply amazing appearance on Dr. Phil. The feature was about out-of-control teenagers, and Bregoli certainly lived up to that title.

Born Miles Parks McCollum, he gained industry recognition in 2015, with singles "Minnesota," and "One Night."

He released his first mixtape in 2016.

With the title Lil Boat, it was a huge success, cementing him as one of the most successful of the "SoundCloud Rappers" around. Lil Yachty followed up with Lil Boat 2, released in 2018.

After working with Bregoli, the two struck up a friendship.

They regularly interact on social media, with many fans thinking there's something more romantic going on between the two.

It seems that the two are using this to benefit their careers.

Lil Yachty joined Bregoli on her critically acclaimed "Bhanned" tour - which she gleefully teased on her Instagram. It looked like it would be an... interesting experience.

On Tuesday, Bregoli hit a milestone.

The young star turned sixteen, and, as you'd expect, she decided to celebrate in signature Bhad Bhabie fashion.

She started the day with balloons.

Much of her special day was documented on Instagram and was shared by fan accounts who couldn't get enough of Bregoli's birthday antics.

The event took place at the legendary Ohm Nightclub in Hollywood - and the generous teen extended an open invitation to her fans on Instagram.

The event was heavily documented on social media.

It culminated in a killer performance by Bhad Bhabie, who looked to be having the time of her life.

Bregoli shared a montage video to her official account, too.

And in the video, you can see her "bestie," Lil Yachty, who was clearly a guest of honor for Bregoli's big night!

Aside from the party, there is, of course, another important element to any birthday.

The gifts of course! And with Bregoli's love for all things flashy well-documented, we don't envy her friends trying to find her something special.

Many came through with super luxe gifts.

Including a watch from Bregoli's management, which is reportedly worth upwards of $40,000. She was clearly a big fan of the bling, sharing it on her Instagram and went on to wear it to her party that evening.

Yachty also posted a tribute to his friend.

He shared a snap of the two on Instagram, with a heart-warming caption: "Happy birthday to my baby sister, I love u like u was my own blood."

He also gifted Bregoli with something pretty spectacular.

It's a piece of jewellery - but that doesn't really seem to be a grand enough word for this piece. It's a custom made necklace with Bregoli's rap name, "Bhad Bhabie" written in gigantic jewels.

It's clear that Bregoli's a big fan.

She sported the necklace for the entire evening at her birthday party and even dedicated an Instagram post to the eye-catching piece.

TMZ caught up with Bregoli to ask her about the necklace.

In the video, she proudly shows off the statement piece to the cameras, then directs attention to Lil Yachty when interviewers ask for extra details.

What they really wanted to know was, of course, how much did that thing cost?

According to Lil Yachty, the piece set him back a mind-boggling $40,000. Now that's a generous friend.

Bregoli showed off some other gifts, but there were some notable absences.

She claimed that she's still waiting on a puppy, but said that the necklace "is better." Bregoli didn't receive a car either - which Yachty says is because he doesn't trust her with one yet.

But it's clear that Bregoli is very grateful.

She even took to Twitter to thank Yachty for the gift, calling him her "big bro." Sure, this is most likely due to the thought that was put into the gift, but we bet hearing about the $40k price tag didn't hurt!