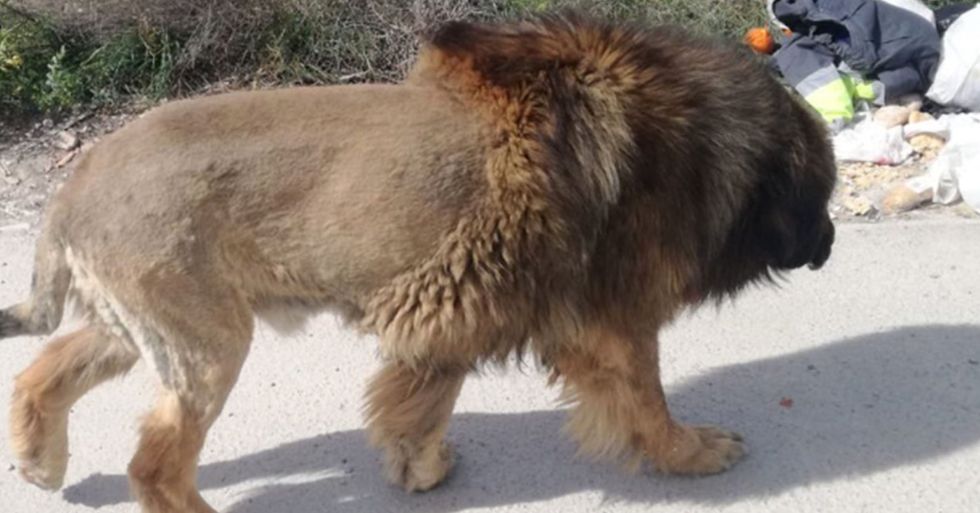 When residents of the Spanish town of Molina de Segura saw a lion roaming the streets, they immediately contacted the police. But things were not all they seemed...

Big cats are some of the most magnificent wild animals out there...

But one certainly wouldn't want to encounter a wild big cat due to their territorial and aggressive natures.

But there's no denying how beautiful they are...

And this is one of the reasons why big cats are sadly sold illegally around the world for their fur and other illegal trades.

According to the BBC, nearly half of all cat species are threatened with extinction, and the illegal wildlife trade is driving species like tigers to the brink.

Our desire to have these big cats as pets is not healthy...

Wild cat species - both big and small - require special licenses to be kept as pets in the U.S. and these licenses are not easy to obtain. Fortunately, this has helped to control the number of wild cats sold as pets around the world.

But these beautiful animals are still sold illegally...

Many states here in the U.S allow big cats to be kept at pets and people tend to abuse the licensing of these animals to get them into the country.

They are extremely difficult to manage, especially when they become fully grown adults. Pet cats are domesticated for a reason, whilst big cats are wild and are pretty much impossible to domesticate.

But that doesn't mean people don't still want one.

The illegal big cat trade is surprisingly large and rampant.

Which brings us to this story...

It takes place in Molina de Seura, a village in Southern Spain.

It's a pretty quiet place.

So when residents spotted something strange on the streets, their reaction was quite understandable.

When residents spotted a large creature wandering their village ...

Their mind instantly went to the worst possible scenario - some sort of escaped large cat.

The creature walking the street?

Well, it did look somewhat like a large, frightening lion.

It had all the signs.

Including what appeared to be a large, bushy mane.

And although lions can be kinda cute ...

You probably wouldn't want to see one of them creeping about your town, right?

Well, neither did the residents of Molina de Segura.

And they promptly decided to report the incident to the authorities.

But when they arrived, they discovered something strange.

This "lion" was microchipped - meaning it was actually a domestic pet...

Was nothing more than a rather large dog.

Police scanned the microchip and revealed the creature's true identity.

But there's still an element of mystery to this bizarre story.

Here's the dog in question.

And there's absolutely no denying it looks rather lion-esque.

So the police are asking...

Why had this dog been given such a lion-inspired haircut?

Although we bet the village is quite relieved.

“We’re investigating and waiting for some results. We don’t know the motive for shaving it that way. For now, there’s no justifiable motive. We have to confirm the vaccines and documents are correct, but fortunately, the dog is fine," the official statement reads.  Fancy more doggie action? Scroll on for the hero who's rescued 6 trapped coronavirus patients from the collapsed hotel.