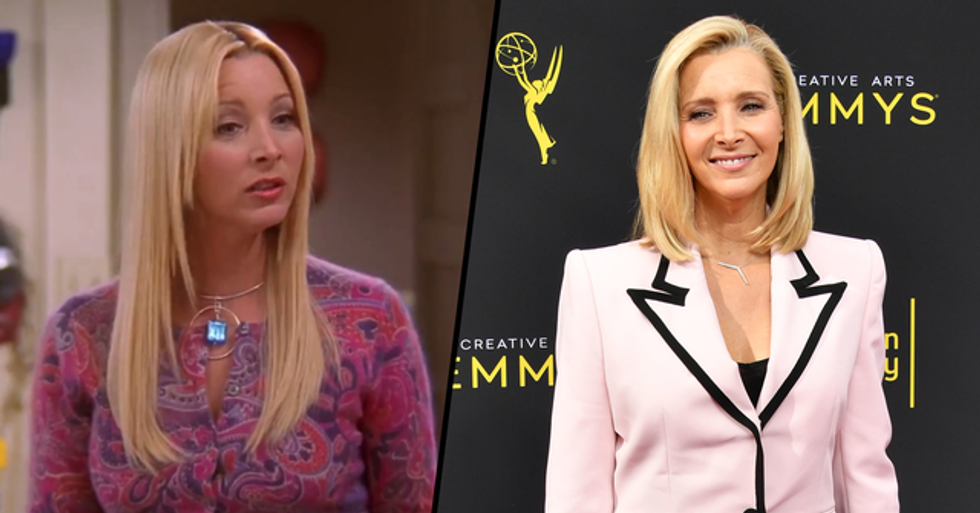 Lisa Kudrow Says She Wasn't Trusted on Set of 'Friends'

In a recent interview, Friends star, Lisa Kudrow has revealed that she was never fully trusted on the set of the iconic TV show.

Keep scrolling for the full story, and to find out why...

Ross, Rachel, Chandler, Monica, Phoebe, and Joey burst onto our screens in September 1994.

So, over the years, the cast have been propelled to unprecedented levels of fame.

Some of the actors have been coming forward with some pretty shocking claims about their time on the show.

Firstly, some cast members have admitted to not remembering much from filming Friends.

Yep, despite the show running for a decade, and all of them earning a staggering amount of money for their roles, some of the actors are having a hard time remembering their time on the set.

“I don’t remember even being on the show," the actress said.

“I have such a bad memory. I remember obviously loving everybody there and having fun, and certain times in my life that I remember I was there for, but I don’t remember episodes."

But she has said she has decided to spend her quarantine time binging the show to make up for it.

“I decided during this time, because people love the show so much, I decided to binge-watch Friends. I just started season 1… and it’s really good!"

And then, a second member of the cast came forward with the same revelation.

Lisa Kudrow admitted that she too, can't remember anything from her Friends days.

Kudrow, who portrayed the wonderfully eccentric, Phoebe Buffay, recently opened up about her memory loss.

Now, what does this mean?

Or the time she had her brothers' triplets?

Surely, she'll remember this one.

And does she remember seducing Chandler?

Well, keep scrolling to hear what she had to say on the matter.

Speaking to Entertainment Weekly about the later series of the show, Kudrow explained:

"I haven’t seen some of the later episodes, to be honest. And then I don’t rewatch them. So it’s really fun to talk about things."

She admitted that reminiscing was always "fun."

She then revealed the 2 cast members who remember everything.

Well, maybe it's for the best that Kudrow can't remember much...

Because, apparently, she wasn't one of the most trusted cast members on set.

This week, Lisa appeared virtually on Jimmy Kimmel: Live From His House...

Where she reminisced about her days on the set of the infamous TV show.

The topic turned to whether Kudrow had managed to get any memorabilia from the set...

And she revealed just how insanely strict the set's security was.

It turns out that they really didn't trust the actress.

Maybe it was because her character was quite kooky, but the security guards used to search her car every night. She explained, "I mean, my car used to get searched every night when I left."

But, despite the strict security measures...

Kudrow did manage to get her hands on one item from the set.

The actress was able to snap up a cookie jar from Monica and Rachel's apartment...

And it was all thanks to her co-star, Matthew Perry, that she was able to get her hands on it.

And, amazingly, she remembers it all perfectly!

After seeing Perry with some goodies from the set, she couldn't believe that he'd managed to get his hands on them, so she quizzed him on it. She told Jimmy: "I think the first thing I asked was, 'This was so nice - did you get permission?'"

Surely, she'd want to steal Hugsy the penguin? Anyway, she explained: "We’re shooting a scene, years before we were finished, and my line was, 'Oh! I better get going'. As the words were coming out, I went, 'Oh, good, there’s a clock.' I gestured to that, and said, 'Oh! Look at the time. I gotta get going.'" FYI, the cookie jar, which is placed behind Kudrow above, has a clock on the front.

"And during shooting, Matthew said, 'Did you look at the cookie jar and say look at the time?'"

It's a stroke of genius. For more on the Friends gang, keep scrolling to read why people are freaking out over Matthew Perry's hands...