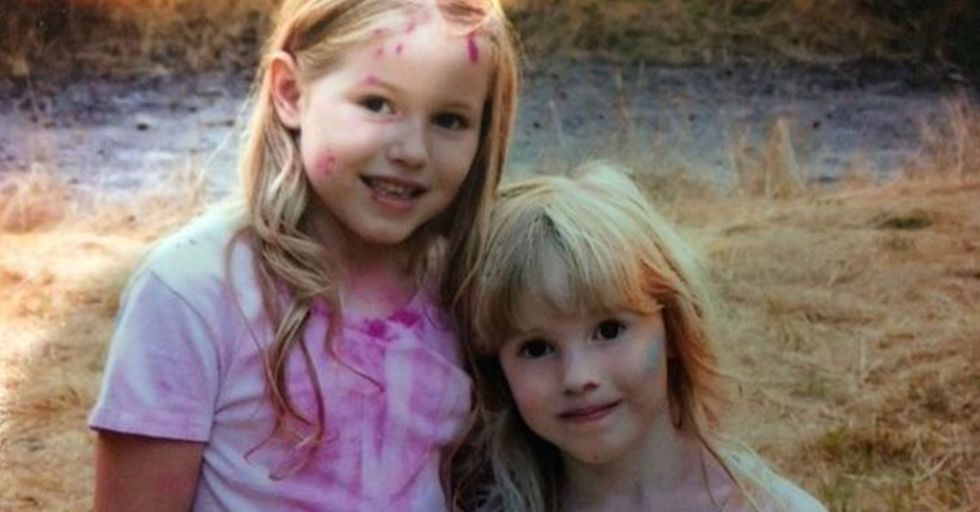 Northern California is bearing witness to a "miracle." After almost 48 hours lost in the wilderness, rescuers found two little girls alive and relatively well. Meanwhile, the end of this survival story has everyone rejoicing.

The wilderness of California can be unforgiving. People much older than these girls don't do nearly as well when lost in these areas. So when the girls' disappearance became apparent, it caused that much more worry. Rescuers began searching immediately, but it still took days to find them. Finally, they were found near Richardson Grove State Park.

Here's how the rescuers found them, and how the girls survived! The girls' savviness while under pressure will stun you for sure. So check out this astounding miracle rescue mission!

Leia and Caroline Carrico were reported missing around 6 pm on Friday, the 1st of March.

They live in Humboldt county, California.

And they were reported missing right from their home, in Benbow, by their parents.

A search began at once.

More than 250 people from 14 agencies participated in the search for the girls.

And they were found, alive, 44 hours later.

A local fire lieutenant and firefighter found them about 1.4 miles from home, and they didn't do it by luck alone.

Rescuers tracked them with granola bar wrappers the girls dropped, and the footprints from Caroline's pink rubber boots.

"The wrappers showed us a direction from where they started to where the wrappers ended up at," he said.

Once they found a trail, they were able to follow it.

Tracks led them to the area near Richardson Grove State Park.

From there, search crews were shouting out the girls' names. And finally, the girls responded.

They were found together.

The girls were huddled together under a bush to try and stay warm.

The mood on Sunday was jubilant.

"We’re all witnessing a miracle," said Humboldt County Sheriff William Honsal. “This is rugged territory, this is an extreme environment."

And as it turns out, the girls had survival training.

“They were trained through 4-H for outdoor survival," Honsal said, which very likely played a role in their survival.

In case you don't know what that is:

4-H is a nonprofit organization that runs youth groups around the country, teaching kids many useful life skills.

Caroline and Leia have their own story to tell.

According to the sheriff's office, "The girls told first responders that they were following a deer trail when they had become lost."

Instead of getting themselves even more lost, they made a plan.

Instead, the girls decided to stay put and drink fresh water from Huckleberry leaves.

All in all, very resourceful.

Especially since the girls were found cold and dehydrated, but otherwise unhurt.

And they were reunited with family soon after.

“The sisters were evaluated by medical personnel for dehydration and given water and warm, dry clothing. They were reunited with family shortly after being located," the sheriff's office added.

So all's well that ends well.

Honsal said that sometimes “we don’t have successful outcomes — this one we did."

How's that for a miracle?

It's lucky that Leia and Caroline had the know-how to keep themselves going until they could be found, and that their rescuers were such perceptive trackers!

There are plenty of survival tips can serve any of us in an emergency.

One of the most important ones is exactly what the girls did: find a source of clean water. Ideally, it'd be rain or snow that you collect.

The girls, however, were able to improvise.

Because you can also collect water from vegetation – otherwise known as dew. Collecting dew and squeezing it into a container yields drinkable water.

Keep an eye open for plants like cattails, cottonwood, or willows. Dig a deep enough hole, and water will seep into it and accumulate.

Remember, water found in streams or puddles needs to be boiled.

Boiling water is the safest way to make sure it's clean and free of disease.

The girls were taking shelter beneath that bush; you can also use sticks and branches to build a lean-to if you need protection from heat.

The idea is to create shade.

Digging a few inches into the ground yields cooler earth. Use the lean-to and soil to remain cool.

On the other hand, if you need protection from cold, you need insulation.

Your body heat is the biggest source of warmth, so your shelter should be just big enough to fit you when lying down, and nothing else. Contain the body heat!

The thicker the material for your shelter, the more heat you can save. Fill in all the gaps for the shelter walls!

And make use of your surroundings.

A fallen tree, or a standing tree with a strong branch set securely against it, can make a good base for a shelter.

Know how to light a fire?

The easy way would be if you had a lighter or matches on you. If not, then a little more effort would be needed.

Ideally, you've at least got a tinder kit.

Using flint and steel to spark up fire is also effective if you're in need of a quick campfire.

And then, there's the old-fashioned way.

If you've really got nothing, you can try friction. It's one of the most difficult methods, but using a spindle to create a spark from a wood board or log can work. Share this amazing story and the handy survival tips with your friends! You never know when you might need a little knowledge of the outdoors.