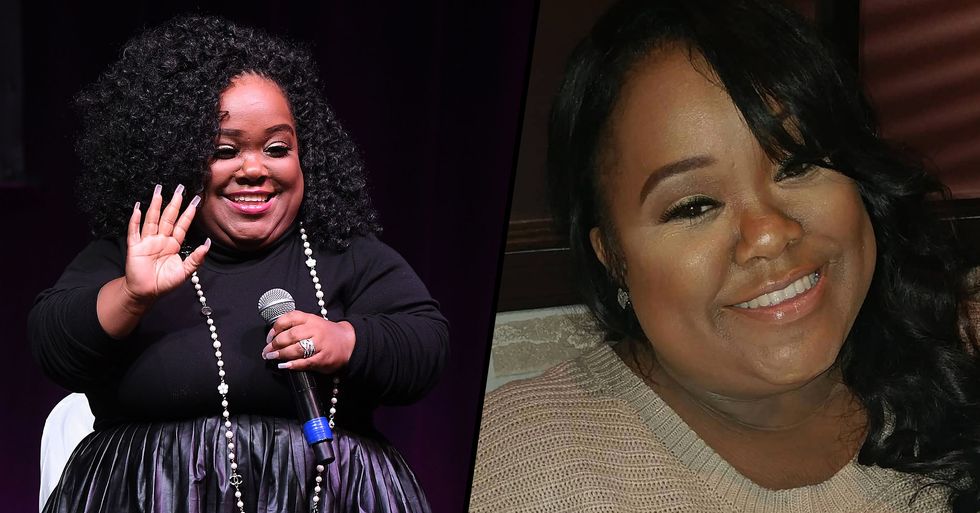 Lifetime has created a niche for itself with various "Little Women" shows set in different cities.

One of those cities being Atlanta, where feisty personalities and power struggles are just the average Tuesday morning, but whose underlying message of body positivity and friendship has seen them through season after season.

Tributes have been pouring in after the news of Ashley 'Minnie' Ross' passing, and people just can't accept what happened.

The kind you feel guilty for watching, but also can't wait to talk to everyone about.

You either watch it religiously...

Or sneak downstairs at night just to catch the latest episode... you know who you are.

For some, reality television is the lowest form of entertainment.

They're the ones sneaking around watching it at night by the way.

But they're completely wrong.

While they have their fair share of hookups, catfights, and let's not forget those projectile beverages, it can get pretty deep, and even heartwarming at times.

This genre of television just can't be beaten.

I mean people are actually giving up their privacy and revealing their lack of decency so that we have something addictive to watch while lounging in our pajamas. How can you not love that?

Little Women: LA is one of those reality shows you just can't get enough of.

The series chronicles the lives of a group of women with dwarfism, living in Los Angeles, California.

And the spinoffs are just as successful.

The characters provide a  journey into the world of "little women," allowing you to switch off and invest in someone else's life for an hour, or 2, or 3... let's just say once you start, you can't stop.

And that's the problem, you become completely invested.

Lifetime has certainly created a niche for itself.

The feisty personalities and power struggles are among some of the issues faced by the girls, but the daily challenges that arise from being little people in a big city always help them come together.

It's an amazing insight into the struggles people with dwarfism face every day.

And provides some much-needed exposure to a relatively untalked about topic on daytime television.

When Little Women: Atlanta hit screens after the first few spin-offs, it was an instant hit.

It follows the lives of twins Amanda and Andrea, "Mama Bear" Ashley, shy Bri, Tiffany, and group leader Emily, all of which have their own personal struggles.

When it first aired in 2016, the drama was set to max, and it instantly became a crowd favorite.

Episode 1 reached 1.3 million viewers on its first day! Smashing any other record of previous spin-offs.

It was the main characters that caused everyone to fall in love with the show.

Sadly devastating news has come in regarding one of the main cast members.

Ross was part of the main cast in all 6 seasons of the show, with the sixth set to air later this year.

The sad announcement was uploaded by her team, to her Instagram alongside a photo of the reality star.

After the announcement, tributes came pouring in for the star...

Showing just how much of an impact she made to people's lives.

It's not hard to see why so many people loved her, some couldn't even believe the tragic news.

Fans were distraught by the sudden news.

With many wishing they had got a chance to meet her.

With one fan writing:  "Rest up babygirl my heart is so hurt" While another wrote: "My whole body just went numb for a minute I honestly can’t believe this!!! RIP MINNIE"

A representative for Ross gave some insight into the accident...

Saying that she was involved in a hit and run while behind the wheel of a vehicle, on Sunday night at around 11 pm.

She succumbed to her injuries a day later at Grady Memorial Hospital at around 10:30 pm.

The family has asked for privacy as they grieve during this very difficult time. Our hearts go out to her family and friends. Keep scrolling to read how Chrissy Teigan claps back at trolls criticizing her body...