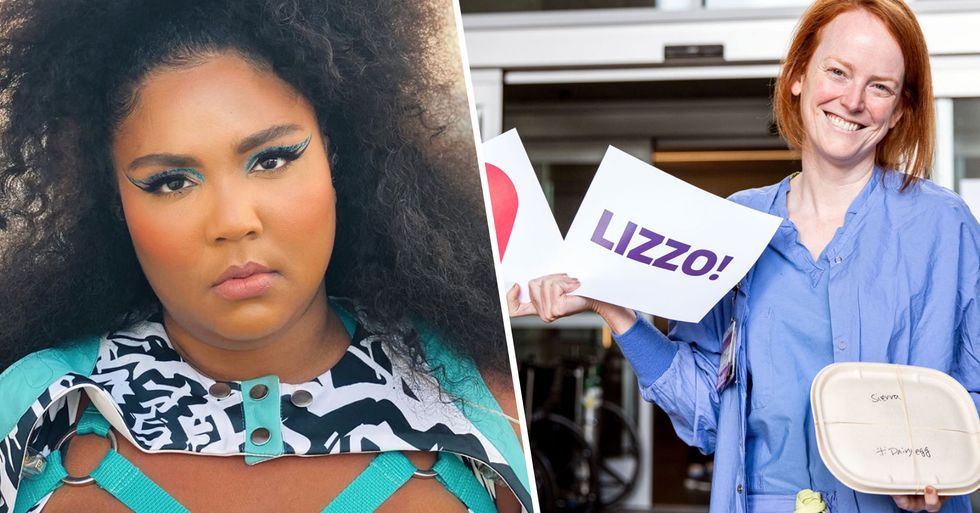 It's safe to say that Lizzo is the definition of a strong, independent woman.

She is also a deeply caring person and her most recent act of kindness for a group of ER staff certainly demonstrates this.

Melissa Viviane Jefferson graced our world in Detroit in 1988.

But we know her best as Lizzo. She's been making music for a long time (her debut album came out in 2013) but she's only hit the mainstream fairly recently.

Lizzo then proceeded to remove her veil and gown, dance like no one was watching, and even include an impressively intricate flute solo. We have to stan.

And yet again, Lizzo was making even more famous fans.

And late last year, Lizzo was cemented as a tue icon.

The singer has been subjected to online trolling in the past and, of course, it has most certainly taken its toll.

She undoubtedly struggled with his surge of hate...

But with Lizzo being the Queen that she is, she has bounced back stronger than ever and she is instead showing kindness to others as a way to block out the hate.

A prime example of this was when she was touring in Australia earlier this year...

And it seems as though she's been badly affected by the current bushfire crisis - and is eager to lend a hand.

She asked the audience what she could best do to help.

And they pointed her in the direction of the foodbanks, who were desperately searching for volunteers.

Lizzo also set up donation buckets for audience members at her concerts.

And the Foodbanks were clearly grateful for the help and publicity, sharing shots of Lizzo hard at work.

She did all of this completely free of charge.

Which goes to show how truly kind this woman is.

This made such a difference to the lives of these Australian workers...

But Lizzo's kindness doesn't stop there.

We are all more than aware that we are living through a pandemic crisis at the moment.

The coronavirus crisis has swept across the planet, leaving hundreds of thousands affected and in desperate need of medical care.

Health services all around the world have been stretched to their limits...

And health care workers need support more than ever.

Even the little things such as getting a break between endless shifts can make such a difference...

And thankfully for the ER staff working for a number of hospitals across the country, Lizzo is on hand.

Lizzo decided to provide lunch for these hard workers yesterday.

She sent lunch to the ER staff at a number of hospitals, including a University of Minnesota affiliate in Minneapolis, where she actually first started her singing career, the Seattle Times is reporting.

Having a lunch break can make a world of difference to overworked staff...

"She sent several hospitals food that were hit really hard for staff working around the clock," her publicist told the Times via email. "She is planning to send food to more hospitals as well."

And as are her fans.

She has given people hope during these uncertain times...

And this is exactly the type of positivity that we need right now.

We love you, Lizzo!

Make sure to keep scrolling to read about the time Lizzo quit Twitter after being horrifically bullied online...