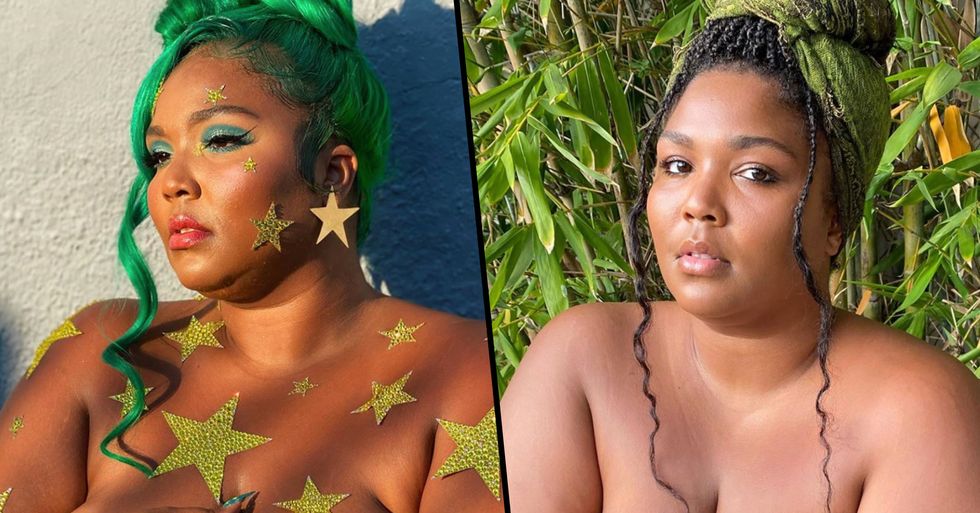 Lizzo is known for her views on body positivity, but recently, she's given herself a new label after she stated that "body positivity" has been taken over and become too commercialized...

Keep scrolling to find out what she now calls herself...

Lizzo is making headlines yet again.

The singer/songwriter has recently opened up about her stance on body positivity and it has shocked us all, given what she has always preached.

But don't worry guys, she has a very important reason behind it.

And it might be able to help us all move away from harmful stereotypes.

If you didn't know, Lizzo was born Melissa Viviane Jefferson in Detroit in 1988.

She's been making music for a long time (her debut album came out in 2013) but she's only become a radio sensation in the last few years.

But it's not just the brilliant music that she makes that has garnered Lizzo such a legion of fans.

It's got to be Lizzo's incredible message. Her lyrics are designed to inspire self-love and confidence, particularly in young women. In a world of problematic messages, she's a real force for good. So what does the internet think? Read more to find out.

At the VMAs, the audience was pretty much all going wild for Lizzo - including Queen Latifah.

In one NSFW Instagram message, Lizzo claims that Rihanna "said I f**ked the stage like it was my side b***h. Don't get mad, Rihanna. I am not trying to blow up your spot, but that was a hard a** line! I might take that line." Phew! I'm a little hot under the collar from that one! But keep reading to hear which even more famous and well-known man absolutely loves Lizzo...

Understandably, Lizzo was blown away.

Oddly enough, she had tweeted earlier in the day about her love for Obama. Sometimes the universe really seems to work in mysterious ways. So what's next for Lizzo?

It seems that there's no end in sight to Lizzo's reign.

But late last year, Lizzo was cemented as a true icon.

The star has been recognized for her trailblazing message of body positivity, advocacy for self-love, and her "relentlessly positive and impossibly catchy" sound. Wait until you hear what she had to say about bodies and confidence...

But what's the biggest reason the world loves Lizzo?

She proves confidence is key.

And she's not afraid to rock some risque pieces.

Over the quarantine period, she's been sharing the self-love.

So we've always expected her to carry on with the whole "body positivity" concept, but it looks like the singer will be dropping that label.

In an interview with Vogue, the star revealed that she is hopping off the body positivity bandwagon because it has become too "commercialized."

"I feel no ways about that, because inclusivity is what my message is always about. I'm glad that this conversation is being included in the mainstream narrative."

But she added this:

"What I don’t like is how the people that this term was created for are not benefiting from it. Girls with back fat, girls with bellies that hang, girls with thighs that aren’t separated, that overlap. Girls with stretch marks. You know, girls who are in the 18-plus club. They need to be benefiting from the mainstream effect of body positivity now."

And it's safe to say, it evoked a mixed reaction from fans as she also revealed her new "label..."

She now refers to herself as "body-normative."

"I want to normalize my body." "Not just be like, 'Ooh, look at this cool movement. Being fat is body positive,'" Lizzo continued. "No. Being fat is normal. I think now, I owe it to the people who started this to not just stop here." You go, girl! For more news on other body positivity influencers, keep scrolling...