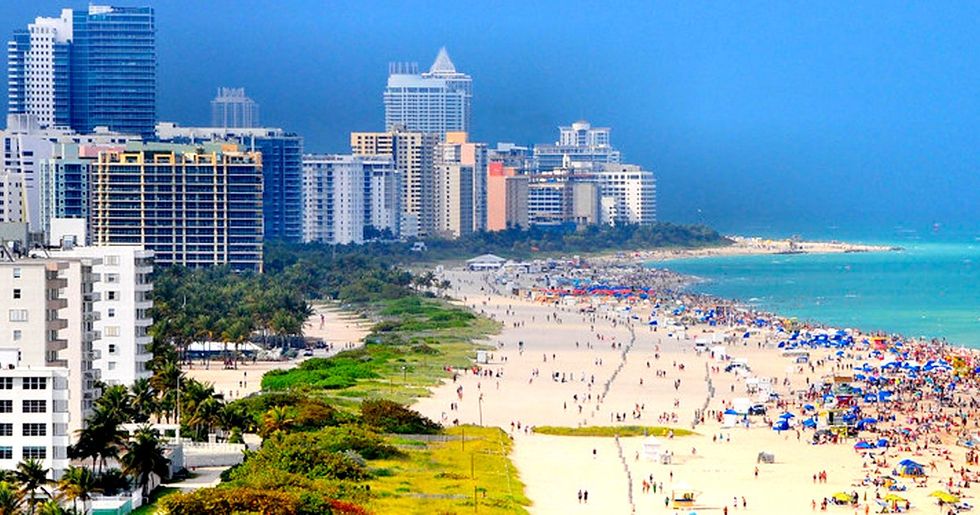 Although the pandemic is terrifying and tragic, there are some positive side effects to everybody being indoors...

Nature is flourishing, air pollution has dramatically reduced, fish are returning to rivers and canals where they haven't been seen in years.

And now Miami has gone the longest time without a homicide in over 60 years!

And there's been another huge benefit to everyone staying inside.

Cody Hill, a California energy company executive, has revealed the notorious Los Angeles smog is finally dissipating - leaving the city with the cleanest air it's had in decades.

He claims, March 2020 has been “one of the best months at least since the 1940s, when there was huge migration as we ramped up aircraft production in the L.A. basin to fight WW2."

Which is truly remarkable stuff. And although this time is scary, it's bringing out the best in some. Scroll on for the Frozen news that'll warm your heart.

Well there hasn't been a homicide in over seven weeks.

We can say that it's due to our police high visibility, attributed with the pandemic and the Stay At Home order.

It's the longest it's been since 1957, when Miami went 9 weeks and three days without a reported homicide.

Violent crime and robberies seem to be reducing across the world which is fantastic news.

They're still increasing in Chicago. Chicago’s Tony Raggs, from the Alliance of Local Service Organizations, said:

Hopefully one day peace will return.