It has been argued that Tik Tok is better than Vine... | 22 Words 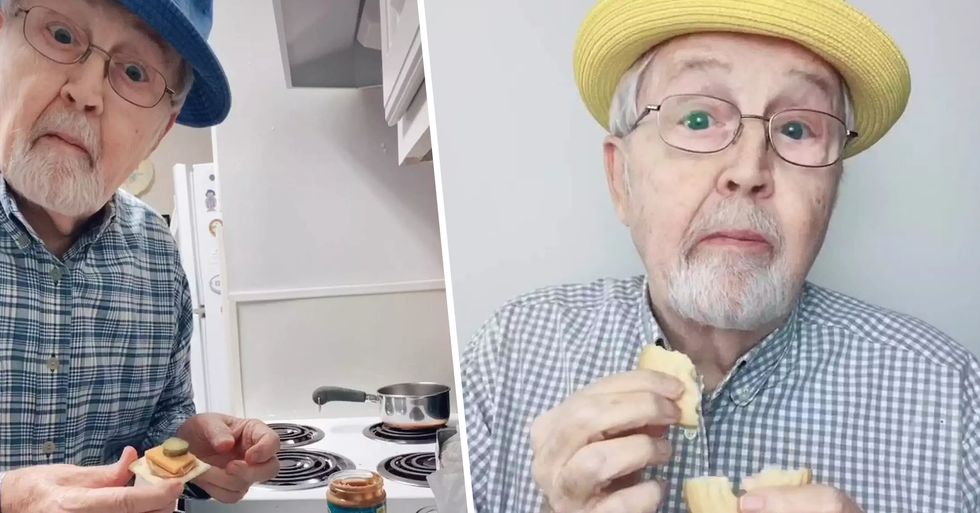 And the latest Tik Tok star to go viral might be it's most wholesome yet...

And the latest Tik Tok star to go viral?

Well, he might just be the most wholesome star ever. This is Stephen Austin - or, as Tik Tok knows him, Old Man Steve.

And lacking any children or grandchildren, he took to social media to cure his loneliness...

His "cookery" videos (which tend to feature more snacks and convenience foods) gets tens of thousands of views, and Austin has amassed quite the following.

Sometimes he gets into the millions.

Which isn't bad for an octogenarian who isn't particularly internet-savvy.

"As I have no children or grandkids, this has been such a joy to me and it makes me feel not so alone and loved."

"Most of the comments say they love me and I'm the best thing on TikTok. I feel very blessed," he explained.

"I'm self-taught as far as doing my video work on the camera and lighting and such and understanding how to do TikTok."

"If I don't understand something I Google it or see if a video on YouTube has a subject on it."

Watching his vids, it's easy to see why he's gained such a cult following!

What a total cutie. But for a Tik Tok story that's not nearly so wholesome, scroll on...