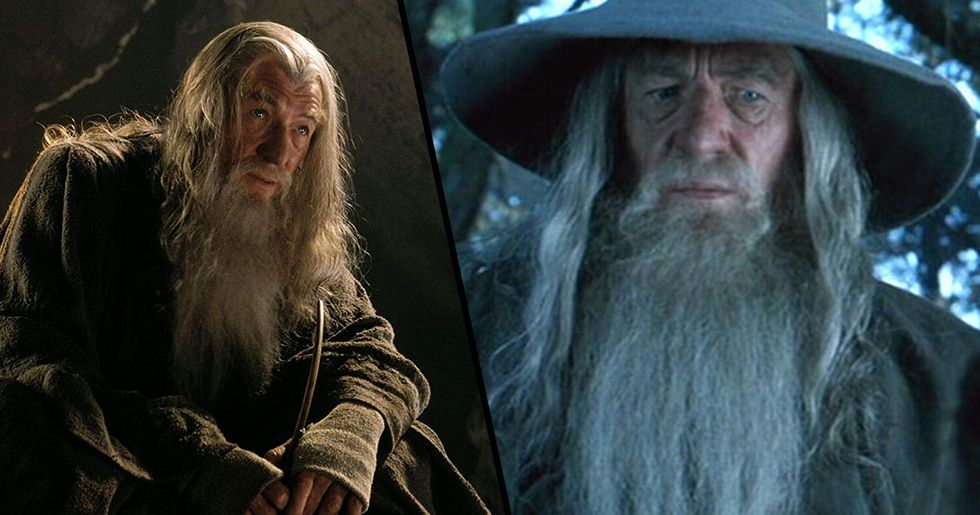 J. R. R. Tolkien's high-fantasy novel, Lord of The Rings, was catapulted into big-screen stardom when it was adapted into a film series back in 2001. There's no doubt that Peter Jackson's film adaptations have garnered signification critical acclaim. And now, 6 movies and twenty-one Oscars later, fans of the adventure series can expect to be returning to Middle Earth pretty soon.

Amazon has acquired the mammoth task of creating an eagerly-anticipated Lord of the Rings TV series, set before the events of Lord of The Rings and The Hobbit.

But, as new details surface around the upcoming project, Robyn Malcom – who played a Rohirrim woman in The Two Towers – has apparently been urging series' makers to introduce a female Gandalf for the series.

Keep scrolling to get all the details on the upcoming Amazon series and why Malcom believes the franchise's most iconic character should be changed in the name of feminism (spoiler alert: fans are far from happy with her suggestion).

The Lord of The Rings hit bookshelves in 1954.

Originally adapted as the sequel to the 1937 fantasy novel, The Hobbit, Lord of The Rings ultimately developed into a much larger piece of work and commanded a huge fanbase.

It's one of the best selling novels ever written.

Published in 3 volumes, over 150 million copies have been sold, making for pretty eye-watering figures.

As you'd expect, it was only a matter of time before the highly successful franchise was snapped up for the big screen.

It tells the story of a hobbit who, along with 8 companions, sets out on a journey to destroy One Ring...

Dark Lord Sauron created the powerful weapon that dominates all other rings.

Through a strange twist of fate, the ring is given to a small Hobbit named Frodo. But, when Gandalf discovers the Ring is the One Ring of the Dark Lord Sauron, Frodo embarks on an epic quest to Mount Doom to destroy it.

The movie was a cinematic success.

And of course, it wasn't long before The Hobbit got the big-screen treatment too.

It's a well-loved franchise...

So fans will be delighted to hear that we're set to return to Middle Earth once again, as a Lord of The Rings tv-series is officially in the works.

The series is being created courtesy of Amazon Studios.

The company signed a reported $250m rights contract in November 2017 with Tolkien's estate, publisher HarperCollins, and New Line Cinema to produce a multi-season show for the small screen.

The company battled streaming giant, Netflix, for the rights.

But, it seems Amazon has come out on top - scoring one of the biggest TV deals of 2017 in which 5 seasons of the upcoming series has been secured.

But, the company must begin production within 2 years to adhere to the pact.

A recent update from Amazon exec. Jennifer Salke shed some light on the exciting upcoming series: “All of us would love a big, addictive show that is executed at the top of its game." Salke suggested. “We’re really excited about Lord of the Rings. Despite all the chatter about it, the deal just closed a month ago." “It’ll be in production in two years; [but] 2021 is the hope," she explained.

The project has been given the largest budget in television history...

According to The Hollywood Reporter, the budget is set to be at least $1 billion.

New Zealand has officially been confirmed as the filming location for the series.

Showrunners  J.D. Payne and Patrick McKay, said that New Zealand was the perfect place to reflect the “primordial beauty of the Second Age of Middle Earth." “We knew we needed to find somewhere majestic, with pristine coasts, forest, and mountains, that is also home to world-class sets, studios and highly skilled and experienced craftspeople and other staff. “And we’re happy to officially confirm New Zealand as our home for our series."

As for the cast, details have been fairly scarce...

So far the only cast member to be confirmed is Australian actress, Markella Kavenagh, who will be portraying Tyra – a newly created character who is entirely separate from Tolkien’s beloved fantasy novella.

Although Ian McKellen, who played Gandalf in the original movies, has expressed interest in reprising his iconic role.

Seeking to BBC's Graham Norton, the actor said: “I haven’t said yes because I haven’t been asked. But are you suggesting that someone else is going to play it? Gandalf is over 7000 years old, so I’m not too old."

But there's one former Middle Earth actress who may not be so eager for him to get back into Gandalf's shoes...

Robyn Malcom – who played a Rohirrim woman in The Two Towers – has been urging the series’ makers to introduce a female Gandalf into the mix. "Those old legends, those old mythical stories, they’re so based within a patriarchal landscape,’ she explained to Stuff. "Why not look at the magic of a matrilineal world, where the magical powerhouses are women?"

And she already has some big female stars in mind for the iconic role...

"If you need a big star and somebody that everybody knows and everybody already thinks of in Ian McKellen terms," she said. "Then, of course, you go to Dame Judi or Eileen Atkins or Maggie Smith."

She believes the franchise should be less male-focussed.

The actress thinks its time said "the perspective in the show was flipped" to be "less male-focused than its film counterparts," according to Stuff.

She's well aware she'll receive backlash for her view... so, those who want to slam her? Save your breath.

Many avid fans of Tolkien's literary work likely won't be jumping for joy at the idea of the resurrected wizard being a woman. But, Malcom is quick to point out that Lord of The Rings is a work of fantasy, so it shouldn't make a difference if a female Gandalf is introduced. "We’ve had female Hamlets," she said. "Why not?"

As you can imagine, her suggestion has solicited some strong responses from dedicated fans.

Many of whom, are not too happy. So, female Gandalf or not, we'll likely be waiting until 2021 to see the series on our screens for ourselves.