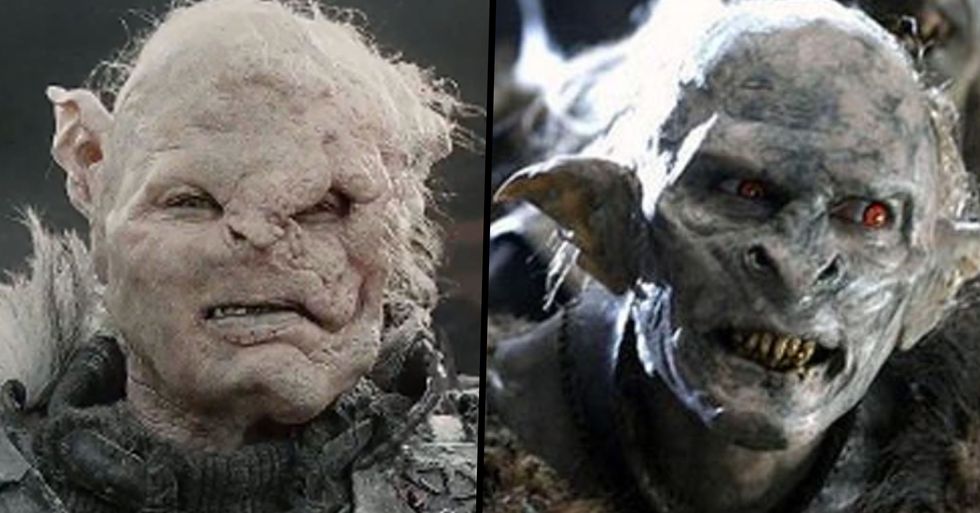 J. R. R. Tolkien's high-fantasy novel, Lord of The Rings, was catapulted into big-screen stardom when it was adapted into a film series back in 2001. There's no doubt that Peter Jackson's film adaptations have garnered signification critical acclaim. And now, 6 movies and twenty-one Oscars later, fans of the adventure series can expect to be returning to Middle Earth pretty soon.

Amazon has acquired the mammoth task of creating an eagerly-anticipated Lord of the Rings TV series, set before the events of Lord of The Rings and The Hobbit.

But, as new details surface around the upcoming project, we've learned more about the show's casting process and if you've wanted to live your dreams as an actor, then keep scrolling because they might just have a spot for you on the team...

The Lord of The Rings hit bookshelves in 1954.

Originally adapted as the sequel to the 1937 fantasy novel, The Hobbit, Lord of The Rings ultimately developed into a much larger piece of work and commanded a huge fanbase.

It's one of the best selling novels ever written.

Published in 3 volumes, over 150 million copies have been sold, making for pretty eye-watering figures.

As you'd expect, it was only a matter of time before the highly successful franchise was snapped up for the big screen.

It tells the story of a hobbit who, along with 8 companions, sets out on a journey to destroy One Ring...

Dark Lord Sauron created the powerful weapon that dominates all other rings.

Through a strange twist of fate, the ring is given to a small Hobbit named Frodo. But, when Gandalf discovers the Ring is the One Ring of the Dark Lord Sauron, Frodo embarks on an epic quest to Mount Doom to destroy it.

The movie was a cinematic success.

And of course, it wasn't long before The Hobbit got the big-screen treatment too.

It's a well-loved franchise...

So fans will be delighted to hear that we're set to return to Middle Earth once again, as a Lord of The Rings tv-series is officially in the works.

The series is being created courtesy of Amazon Studios.

The company signed a reported $250m rights contract in November 2017 with Tolkien's estate, publisher HarperCollins, and New Line Cinema to produce a multi-season show for the small screen.

The company battled streaming giant, Netflix, for the rights.

But, it seems Amazon has come out on top - scoring one of the biggest TV deals of 2017 in which 5 seasons of the upcoming series has been secured.

But, the company must begin production within 2 years to adhere to the pact.

A recent update from Amazon exec. Jennifer Salke shed some light on the exciting upcoming series: “All of us would love a big, addictive show that is executed at the top of its game." Salke suggested. “We’re really excited about Lord of the Rings. Despite all the chatter about it, the deal just closed a month ago." “It’ll be in production in two years; [but] 2021 is the hope," she explained.

The project has been given the largest budget in television history...

According to The Hollywood Reporter, the budget is set to be at least $1 billion.

New Zealand has officially been confirmed as the filming location for the series.

Showrunners  J.D. Payne and Patrick McKay, said that New Zealand was the perfect place to reflect the “primordial beauty of the Second Age of Middle Earth." “We knew we needed to find somewhere majestic, with pristine coasts, forest, and mountains, that is also home to world-class sets, studios and highly skilled and experienced craftspeople and other staff. “And we’re happy to officially confirm New Zealand as our home for our series."

As for the cast, details have been fairly scarce...

So far the only cast member to be confirmed is Australian actress, Markella Kavenagh, who will be portraying Tyra – a newly created character who is entirely separate from Tolkien’s beloved fantasy novella. And Ian McKellen, who played Gandalf in the original movies, has expressed his interest too.

But it seems as if the show is currently focussed on casting other, more technical roles.

The Orcs. It seems as if New Zeland isn't brimming with the particular type of actors this show is searching for, so as a desperate final attempt to fill in some slots, BGT Actors Models and Talent turned to Facebook to beg people to apply.

However, these roles require specific traits...

And if you do get chosen as a cast member, it might be hard to feel thrilled at the accomplishment. Why? Because this company is searching for rarities.

That's right, they need the following:

"Wrinkles and lots of them", "tall, long lithe dancers" and "circus performers who can juggle [and] stilt walk", as well as Eurasian people and Hispanic people in order to bring the world to life.

They're also asking for hair and lots of it...

From natural red hair or white hair...To hairy, people of all ages and ethnicities and redheads of all ages, shapes, and sizes.

They're also looking for "wonderful noses" and "missing teeth."

I mean, these requirements are a little bit extra, to say the least, but apparently it's because they're trying to save money on hair and make-up so having these types of features really helps the backstage team.

So, do you know anyone that would be the perfect Orc?

If you think you fit the bill, in any way, shape or form, send in an application and you could catch your big break! Now onto some bigger news about the location of the show... Rather than New Zealand maybe this place would have been a better option...