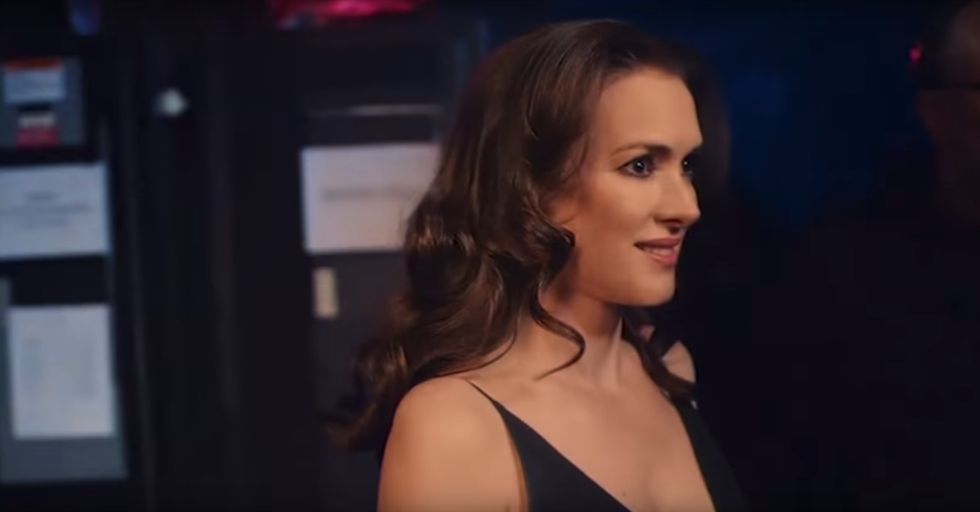 Awards season is upon us and with it a whole lot of hot takes. If you tuned into the Golden Globes last night, you most likely sobbed at Oprah's speech, snapped your fingers in solidarity with Natalie Portman's epic subtle shade, and stood up in your living room to cheer after Sterling K. Brown's acceptance speech. It was an emotional night, y'all.

But who knew the most emotional moment would come from a L'Oreal hair commercial. Huh?!

Last night's true win came from Winona Ryder in a L'Oreal hair commercial and it was everything.

If you aren't moved to tears by the end of it, how can you even appreciate good art? Of course, Twitter went nuts because it's Twitter and that's what it does best.

The reactions were much deserved.

that WINONA RYDER'S COMEBACK AS A METAPHOR FOR DAMAGED HAIR commercial is the out-of-nowhere frontrunner for Best P… https://t.co/08zfYrOLEc
— Josh Duboff (@Josh Duboff)1515375356.0

With the sweeping music, the dramatic twists and turns, and the climactic ending, this commercial deserves all the awards! They should truly think about starting a category for Golden Globes commercials.

Some people were moved to a different sort of tears.

The laughing kind. But isn't that what great art is all about? People having different reactions and connecting through the performance. And goodness did Ryder deliver.

Some pointed out how L'Oreal compared Winona Ryder's career to... damaged hair.

Which is honestly quite savage. And yet... it's so gripping! We're here for it and fully invested.

The emotions were high last night as Twitter watched the commercial.

There were tons of sobbing and tons of "WTF" reactions as well. Who knew a commercial could have such a hold on viewers? Keep reading to see how other people reacted...

With the clear effect on everyone, it only makes sense that this commercial get some sort of award.

At least the press can recognize that Winona Ryder is having her moment! It's all about her comeback, and she has arrived.

There was tons of support for Ryder, which makes us think that L'Oreal knew exactly what they were doing.

Of course they did. This commercial couldn't have had better timing.

Winona Ryder is no stranger to making headlines after an awards show.

Remember that time her facial expressions were the only thing anyone could take about after the 2017 SAG awards? How could anyone forget?

That Elvive commercial really took me on an journey. First, riveted by the reveal of the woman. Then, excitement th… https://t.co/oivhWv71Qg
— David Chen (@David Chen)1515375468.0

Which is what anybody wants when watching a commercial. Who wants to end a commercial as the same person you were before you watched it?

At the end of the day, one thing is for certain...

That commercial was a cinematic revelation. We can't wait for it to hit theatres.