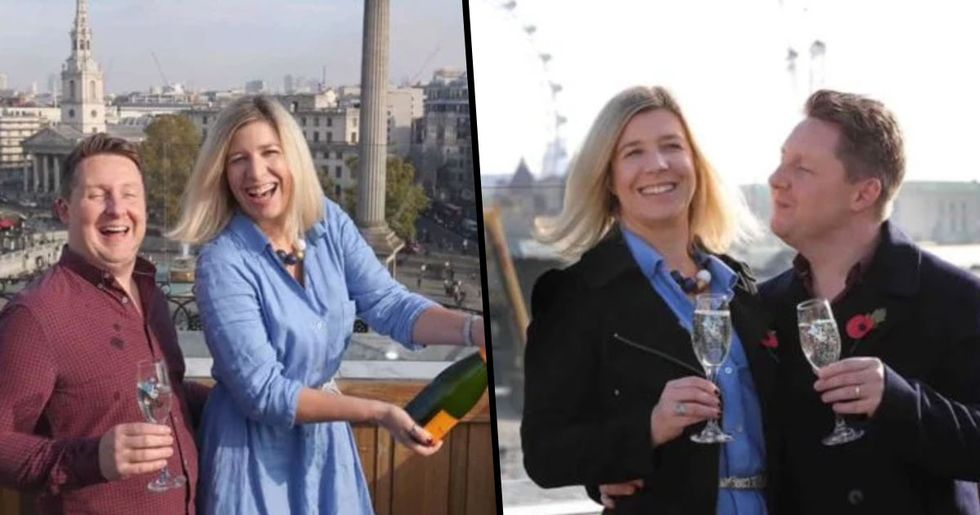 Many of us dream about one day winning the lottery. The idea of winning an unfathomable amount of money is undeniably appealing. Being able to travel wherever you want, buy anything your heart desires, and know you have financial security for life are all classic lottery-winning ideas. But one couple from the U.K. decided on quite a different plan when they bagged their $4.6 million cash prize.

Gavin and Sylvia Odolant-Smith won a lottery lucky dip which entitles them to £10,000 (around $13,000) per month for the next thirty years. And their first port of call? Their pet cat.

Winning the lottery is a classic fantasy.

When life gets dull, it's always fun to daydream about what would happen if your life was changed with a big win.

Just think of all that cash!

And, even better, never ever having to worry about money again.

Many of us have dreams of how we'd spend the cash.

For example, traveling all around the world and vacationing in every location we could dream of.

Or how about a shopping spree?

Being able to buy anything we've ever wanted is certainly an appealing concept.

But one couple had a pretty unique idea.

When Gavin and Sylvia Odolant-Smith won the lottery, they already knew exactly how they wanted to spend the money - on their cat, of course!

Here's the couple in question.

Gavin and Sylvia live in Battersea, southwest London, with their two cats.

They won a special lottery prize this month.

Rather than getting a lump sum, they're set to receive almost $13,000 per month for the next thirty years.

The couple has two cats, Phangan and Zia.

And they claim they're basically a part of the family. The four of them even share a bed!

Their thirteen-year-old cat Phangan has been suffering from a myriad of health issues in recent times.

And these health issues come at a cost.

Phangan had to undergo a costly operation to remove part of his cheek after being diagnosed with facial cancer.

And now Phangan has more medical procedures in his future.

It's thought he'll need a full scan to test whether his cancer has spread - which costs a pretty penny.

So the couple really got lucky with their win.

Especially since they'd only been purchasing lottery tickets for six weeks before their big win at the end of October.

Syliva claims she was totally shocked by the win.

She says she screamed so loudly her husband "thought someone was breaking in."

"I picked up a rolling pin; I was going to go downstairs to see if we were being burgled."

He didn't believe it at first.

"I was all blurry-eyed… Then I thought it must be a hoax – it’s been hacked, it’s not going to be true."

Sylvia said she was "shaking."

"Gavin couldn’t control his emotions, I was trying to keep him calm but it was impossible, he was just jumping around all the time."

The madness has only just started to sink in.

"Everything has just been a rollercoaster, ever since."

And they already have plans for their winnings.

They're not just planning on paying their vets bills - although that is, of course, a big priority.

They're planning a well-earned vacation.

Sylvia and Grant are keen to get to Disneyland with their nieces. Gavin also wants to learn Sylvia's native French, so will be paying for lessons.

The couple are spreading animal love, donating large sums of cash to various animal shelters in the area. Aww! Want more cute cat content? Keep scrolling for the story of one cat who got up to no good during an overnight stay in a pet hotel.