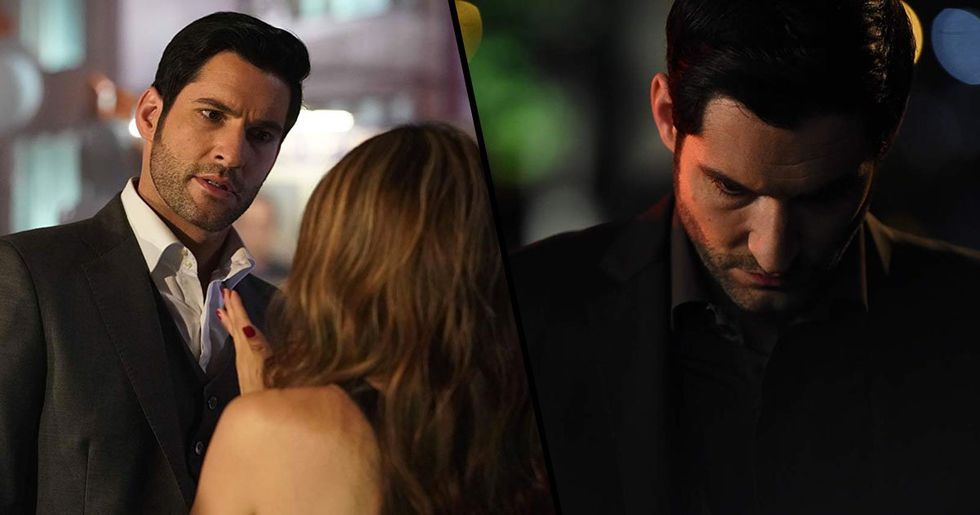 Netflix is the hub for many of our favorite shows. From Orange Is The New Black to The Crown, the streaming giant constantly wows us with its binge-worthy slew of content. But one thing that will always remain bittersweet is how quickly content can drop on to the platform, only to inevitably leave.

And today, it's certainly bittersweet news for Lucifer fans. Netflix rescued the show last year after FOX ultimately decided to cancel it, but it seems that while it was quick to save the devilish show, just a year on, the streaming giant has chosen to bury it for good - renewing the series for a fifth and final season.

Keep scrolling to get all the details on the upcoming final season.

But it seems we're finally having to wave goodbye to Mr. Morningstar, for good.

Back in June, it was announced that Netflix has renewed the show for a fifth and final season. When the news broke, co-showrunners Joe Henderson and Ildy Modrovic, thanked Netflix for reviving the beloved show: “We are so incredibly thankful to Netflix for resurrecting our show last season, and now letting us finish the story of Lucifer on our terms."

"We spoke to our partners at Netflix and Warner Bros, and you should all know TREMENDOUS care and consideration was put into making this decision." "In fact, the whole reason they decided to announce that it was our fifth and final season simultaneously is because they know how devoted and passionate our fans (and we!) are and wanted to give y'all (and us!) as much time as they could to accept and process the news. And for that, we're incredibly grateful."

But, as we prepare to bid Lucifer farewell, new details surrounding the upcoming season have begun to surface.

It may be bittersweet but we're certainly excited to see what's in store... Lucifer season 5 is expected to air in 2020. In the meantime, if you're looking for something that will be able to replace that Lucifer shaped hole in your heart, keep scrolling to see everything that will be dropping on Netflix in November. You may just find your next favorite binge-watch...