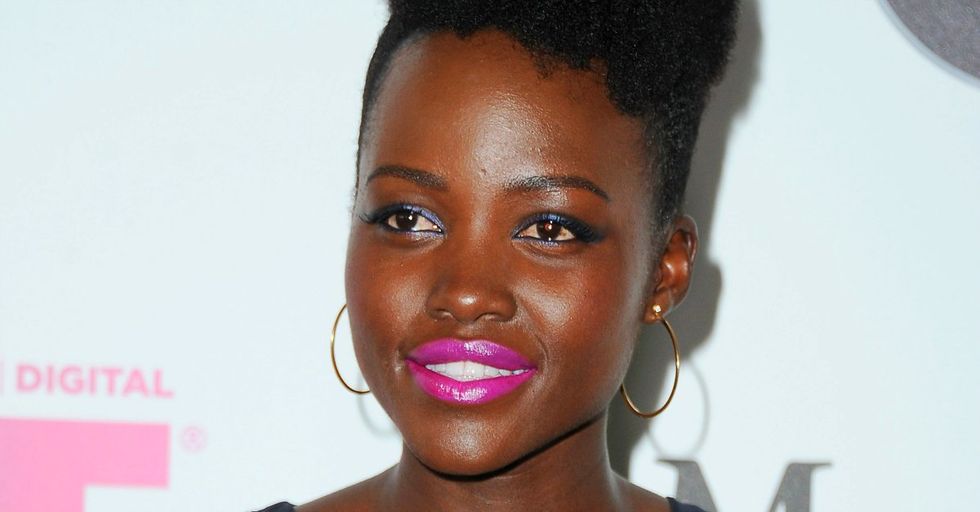 Gwyneth Paltrow. Angelina Jolie. Cara Delevingne. Lena Headey. Rose McGowan. The list goes on and seems to grow longer every day. These are some of the women that film producer Harvey Weinstein sexually harassed and abused over the course of his decades-long career. Over the past few weeks, they and others have spoken up and revealed just how abominable Weinstein's behavior has been.

Yesterday, actress Lupita Nyong'o shared her own experiences with Weinstein in an op-ed published by the New York Times.

They began while she was still a college student.

The first time Nyong'o met Harvey Weinstein was in 2011 at an awards ceremony in Berlin. Another producer told her to be careful around him because he could be a bit of a bully.

Nyong'o wrote that during this first encounter, she found Weinstein to be "very direct and authoritative, but also charming." Not too long after that first encounter, Weinstein invited Nyong'o to join him for lunch and then go to his house to watch a movie. Nyong'o accepted the invitation. At the restaurant, Weinstein ordered a vodka and diet soda, then insisted that Nyong'o get the same drink (even though she wanted only juice). He told the waiter, "Get her what I tell you to get her. I’m the one paying the bill." When Nyong'o refused to drink the vodka and soda, Weinstein called her stubborn. "In this second encounter with Harvey," Nyong'o wrote, "I found him to be pushy and idiosyncratic more than anything."

The two then went to Weinstein's house to watch the movie. But about 15 minutes into the film, Weinstein told Nyong'o he wanted to show her something. He led her into his bedroom.

There, he announced that he was going to give Nyong'o a massage. Nyong'o thought quickly and offered to give him one instead. "It would allow me to be in control physically, to know exactly where his hands were at all times," she wrote in her op-ed. She began to massage him. Before long, Weinstein said he wanted to take off his pants. She told him not to. He started to anyway. Nyong'o went to the door and quickly left the house. Weinstein again called her stubborn.

The next time Nyong'o met with Weinstein, she said he was incredibly charming, which confused her.

She brought two male friends with her to attend a reading of Weinstein's Broadway show. At a dinner after the reading, Weinstein made her friends sit at a separate table. But he didn't try anything. "Harvey held court with ease. He was charming and funny once more, and I felt confused about the discomfort I had previously experienced," Nyong'o wrote. He had lulled her into a false sense of security — a classic move by manipulative abusers.

A couple months later, Weinstein invited Nyong'o to meet him for lunch yet again. Nyong'o, feeling more confident about having established some boundaries, agreed to the lunch.

But before the appetizers arrived, Weinstein said, "Let’s cut to the chase. I have a private room upstairs where we can have the rest of our meal." When Nyong'o refused to leave the table, Weinstein tried to cajole her. "He told me not to be so naïve," Nyong'o says. "If I wanted to be an actress, then I had to be willing to do this sort of thing." Still, Nyong'o refused. As she was getting into her car to leave, Nyong'o told Weinstein, "I just want to know that we are good." "I don't know about your career," Weinstein replied, "but you'll be fine."

At the end of her op-ed, Nyong'o pleads with her readers, saying "Now that we are speaking, let us never shut up about this kind of thing."