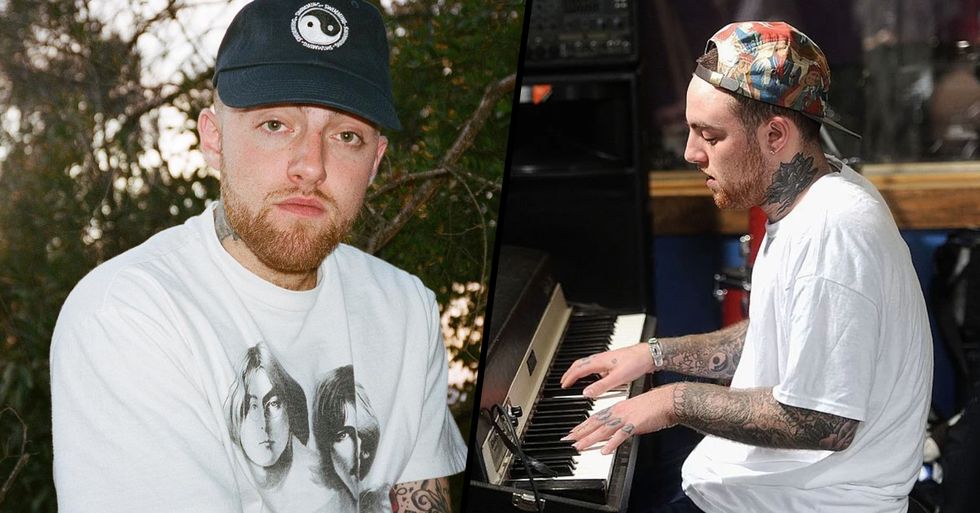 When musician, Mac Miller, passed away almost a year ago to the day aged just twenty-six, the world was shaken. The talented star was also known for being one of the most kind-hearted men in the sometimes-controversial hip hop scene.

Before he passed away, the star was working on a new album and now, the deluxe version is set to be released.

Keep scrolling for all the details, including when the album will be dropping.

In 2013, the star even started his own record label named "REMember Music."

The label was named after one of his friends who had sadly passed away.

He was also known for being an incredibly nice guy. He was very close to his family, and anyone who ever met the rapper only ever had good things to say about him.

Before he died, the star was working on a new album.

Entitled Circles, the album was set to be the companion album to Swimming.

Miller was working with Jon Brion on the album.

After hearing the early versions of the songs, Brion helped the star fine-tune the tracks.

Over a year on from his untimely death, fans will finally get to hear that album.

During the statement, they explained that the process was "complicated" and had "no right answer."

"This is a complicated process that has no right answer. No clear path. We simply know that it was important to Malcolm for the world to hear it," the post read.

"Here we are. The act of having to write this at all feels surreal. At the time of his passing, Malcolm was well into the process of recording his companion album to Swimming entitled Circles. "After his passing, Jon dedicated himself to finishing Circles based on his time and conversations with Malcolm."

The family expanded more on the concept of the upcoming album:

"Two different styles complementing each other, completing a circle. Swimming in Circles was the concept."

They went on to say that this would be the only post on the rapper's official Instagram.

"So this will be the only post on any of his channels. Information regarding this release, his charity, and Malcolm himself will be found at @92tilinfinity."

They then thanked fans for their continuous support.

"Thank you to all the fans who've supported him unconditionally through the years. We miss him. We are left to imagine where Malcolm was going and to appreciate where he was." "We hope you take the time to listen. The look on his face when everyone was listening said it all."

It was an emotional time for both his family and fans.

It's a truly bittersweet moment.

In fact, one look at his Instagram comments reveals a plethora of fans still coming to terms with his passing.

And now it seems this is far for the only musical offering we're getting.

Fans will now be able to listen to the deluxe version of the album.

According to the press release, the deluxe edition will feature 2 new songs - "Right" and "Floating."

And we don't have long to wait to listen...

The album will launch via CD on March 6, and will then hit digital platforms on March 20, followed by a vinyl release on April 17. Want more Mac Miller news? Ariana Grande recently got her Pete Davidson tattoo covered up with a Mac Miller tribute. Keep scrolling to take a look...