Macaulay Culkin Has Been Spotted with a COMPLETELY New Look and...WOW! | 22 Words 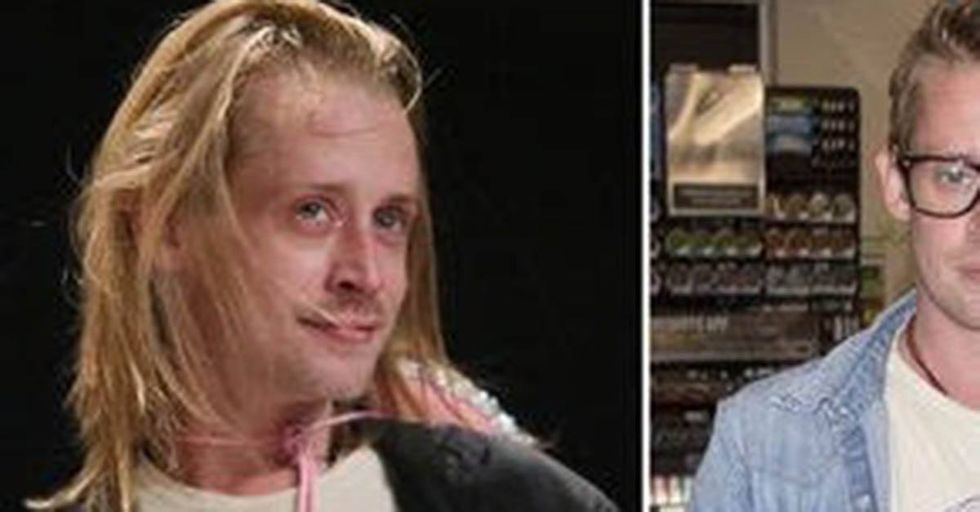 Macaulay Culkin Has Been Spotted with a COMPLETELY New Look and...WOW!

We all remember Macaulay Culkin as the wide-eyed, mischievous youngster from Home Alone, but as he got older, he stepped away from the spotlight and took on a more...eccentric appearance. That's not a bad thing, but he was looking a little thin and crusty around the edges, leading many to wonder if he was fighting other demons in his life.

Well, he was recently seen and photographed, and we're happy to say that the former child actor is looking better than we've seen him in years!

This is the Macaulay Culkin most of America chooses to remember.

The little 10-year-old who fought off burglars, empowering kids everywhere.

After at least a decade or so out of the spotlight, Culkin had gone from cute to...this.

Sure, the hipster look is in, but this is not where we thought Kevin McAllister would end up!

We don't know what was going on in his personal life, but he didn't look very well.

However, a few years later, and just days after the news of his Home Alone dad, John Heard's, death, he's looking great!

Cleaned up, still rockin' the hipster look, but handsome, fit, and with it.

Once the pleasant surprise of his appearance wore off, fans were quick to point out that this '90s star was rocking a very '90s item.

Those four-color click pens! That's a little bit of nostalgia from a guy who pretty much embodies it for a generation.

The next requests, obviously, were pleas from fans to get back to acting!

It doesn't take long for people to ask for more, but he certainly looks like he's in great shape (save for the cigarette boxes!), whatever he's doing!

Could it be a girl that has Macaulay looking a little more dapper than usual?

This report, and its timing, certainly point to "yes." It's amazing what love (or even lust) can do!

Before we leave, he's a full body shot.

If he looks that good in a convenience store, just imagine what he could do in a more formal setting!