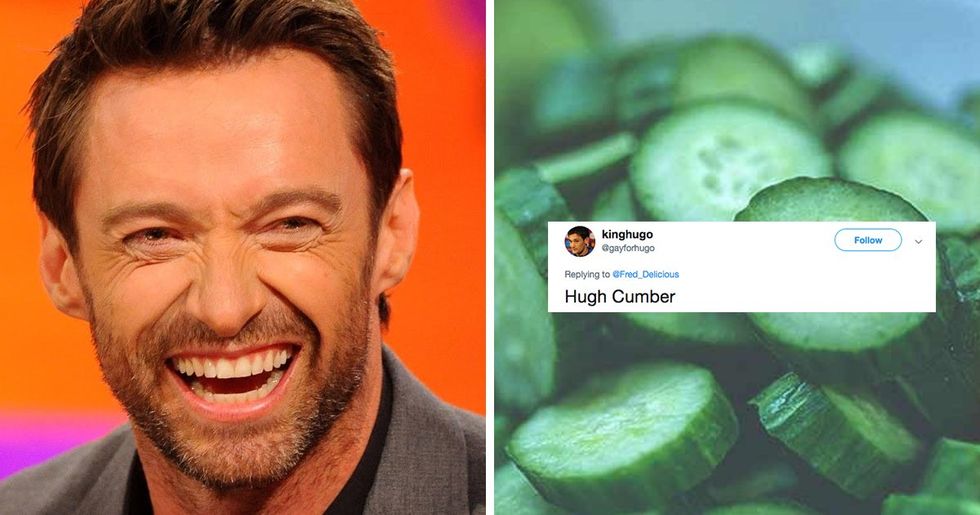 What's in a name? As it turns out, quite a bit!

Your name is so much more than the literal word people use to get your attention. Your name might honor ancestors or people that your parents knew before you were born. It's inextricably linked to your bank account and credit cards. These days, it's probably also included in your email address and your social media profiles. As someone who got married semi-recently and had to go through the process of changing my name, I can tell you that there is a lot to consider when it comes to names, most of which you don't think about on a day-to-day basis.

And then, of course, there are some people whose names are just downright funny. For instance, I have a relative named Dusty Grounds. And we've all heard the urban myths about La-a (Ladasha) or twins named Oranjello and Lemonjello, right? There are some names out there that you can't help but smile at. A recent Twitter thread gave people the opportunity to share their own experiences with ridiculous names.

It all started when Twitter user @Fred_Delicious asked people to share the most ridiculous name they've encountered in real life.

What is the most ridiculous name you’ve ever come across in real life? I once met a kid who swore blind his friend… https://t.co/KhOZudmjq1
— Fred Delicious (@Fred Delicious)1551725641.0

He started with his own entry: the name Malcolm Powder, which sounds so similar to "talcum powder" that you have to really wonder whether Malcolm's parents really thought that one through.

The responses started flying in, starting with this tale about Vanderson Anderson:

I've never come across someone named Vanderson before, but I hope if I ever do, they have the last name Anderson.

Obviously, people asked for proof of this particular name.

How could you not? After all, they claimed to have kept the business card...

Vanderson Anderson is a real person in real life. I can't believe they needed to add a "12" to the end of their email address, though.

Dijon Outlaw sounds less like a kid who would attend a wrestling match and more like the name of an actual wrestler. Are you sure this child wasn't some sort of plant?

This is just beautiful:

@Fred_Delicious I also came across, I think on here, that someone worked with a guy called Wayne Bruce, who's nickn… https://t.co/v4rsNPgFQw
— Sir Andy Murray (@Sir Andy Murray)1551737497.0

At some point, you have to wonder whether the parents were truly ignorant of the existence of Batman or if they were just trolling their kid.

Same with this one:

OK, they had to know what they were doing in this instance, right? They just had to.

I bet she kept you on the edge of your seat at all times!

I'm guessing there are probably several Ronald McDonalds in the world.

This one is clearly not entertained by his name. Or maybe I should say he's not lovin' it.

This name is just super majestic:

@Fred_Delicious My wife worked in an office with a guy called Megaton Bison. I honoured him by naming by xbox360 Rock Band band after him
— Phil Saunders (@Phil Saunders)1551729202.0

Megaton Bison?! I feel like if I were ever introduced to someone with this name, I would just immediately bow to them.

Look, I'm not here to tell you how to live your life, but at some point, maybe you should just go by "Richard."

Poor Dimothy. Do you think he went by Dim?

And don't forget about Kimothy!

This is just ridiculous. Everyone knows that Kim is short for the name Kames.

They really missed an opportunity to name their kid Ender Wiggins. Maybe next time.

I'll save you the trouble. Itt iz indeed Amy.

What kind of ham?

German ham sounds like it'd probably be delicious. It does not sound like a person's name, though.

I assume this is German Ham's best friend:

Some people really like to eat meat. Others prefer to show their love of meat through their child's name. It takes all types.

I know you've said he's not a wealthy fruit, but I cannot help but imagine a gigantic purple grape who wears a monocle and a top hat while sipping wine.

To be fair, you're going to have a bit of trouble with the last name "Beans" no matter what your first name is. But Yermajesty is certainly a new one for me.

"Cumber" is not that crazy of a last name. His parents did not have a very difficult job. And they still managed to mess it up.

This one made me smile:

Congrats on the chicken!

I have to assume this person was constantly asked for information regarding the chicken people could win. I hope they found some enjoyment in that.

I didn't get this one right away...

...But read it slowly and it becomes clear. Carson Rhodes. Cars. And Rhodes.

@Fred_Delicious My husband has a friend called Robert Sleigh, he likes to be called Bob Sleigh, this is 💯% true 😀
— Elaine Steinberg (@Elaine Steinberg)1551768432.0

If my name was Robert Sleigh, I would also insist on going by Bob. Sometimes you have to lean into it. Much like you'd lean into a curve while riding in a bobsleigh.

Is it just me, or does the name Pegasus Buchanan sound like a character who lives in the Capital from The Hunger Games?

I wonder whether he was also a proctor.

@Fred_Delicious I once met a Dimitri Pancake and I'll never forget that name. Especially around breakfast.
— NicholasDay (@NicholasDay)1551727068.0

If you have the last name Pancake, it doesn't matter what your first name is. Your name is bound to be 100 percent delightful.

I bet the kids loved that.

I bet his name makes kids less anxious about going to the doctor's office. Who could be afraid of someone named Dr. Doody?

@Fred_Delicious A girl at my school was called Sparkle Rice, and she had a brother with an odd name too but can’t remember that that was
— Megan Jane (@Megan Jane)1551864507.0

Say what you will, but the name Sparkle Rice is pretty much my favorite name ever. It's also my new favorite side dish. Share this with someone who has an entertaining name! And don't forget to share your own experiences with fun names in the comments!