Madonna Says "Jesus Would Agree" With Women Having Abortions | 22 Words 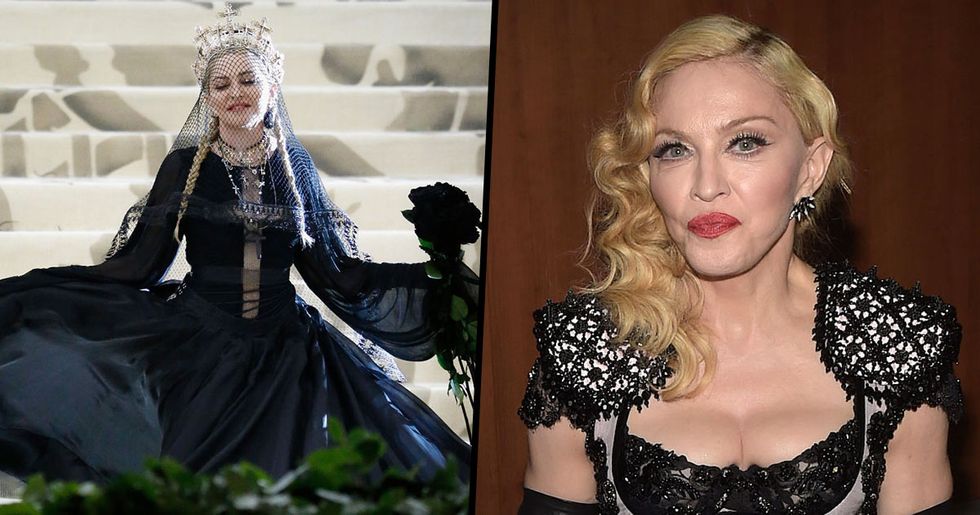 Madonna Says "Jesus Would Agree" With Women Having Abortions

The subject of abortion is no stranger to us these days, especially to us US folk.

This year has brought the passing of a bill in Alabama that prevents a woman's right to choose whether or not to have an abortion. The heartbeat bill will also treat any doctor who performs an abortion as a felon, and they will even face criminal charges - possibly even a prison sentence of ninety-nine years.

It has sparked outrage across, not only America, but all around the world. Many have voiced their anger on the matter, and that includes those in the limelight whose voices will be instantly heard.

Superstar, Madonna, recently had her say on the matter, and her opinion most certainly will be one that will be agreed with by many across the country.

On May 14, Alabama legislators passed a bill banning abortions.

The passing of this bill has triggered an outcry across the world, with millions standing forward in support of women's rights.

Not everyone was in agreement...

As well as members of the public, organized groups such as Planned Parenthood have lashed out at Alabama over the passing of this bill, calling it "extreme" and "a manmade public health emergency."

The ban offers no exceptions for rape or incest...

Abortion Rights campaigners have been protesting against this very matter and have expressed their frustrations over the law not allowing women to choose what they do with their own bodies.

Four other states have imposed a similar bill.

Georgia, Kentucky, Mississipi, and Ohio have signed bills in recent months that ban abortions if an embryonic heartbeat can be detected. These are often referred to as "heartbeat bills," meaning abortion is banned after six weeks of pregnancy, when the fetus has fully developed a heart beat.

People do not agree with the passing of these bills.

Not only have big organizations displayed their frustration and anger towards the passing of these bills, the rich and famous have also made their voices heard, including the queen of pop...

Madonna is no stranger to voicing her opinion.

The sixty-year-old material girl is well known for her bold and confident persona, which is especially portrayed when in the public eye. Madonna is also known for being of the Catholic faith, with Veronica being her Catholic confirmation name.

Madonna is most famous for her hit singles "Like A Virgin," "Vogue," and "Like A Prayer." She announced her work on her fourteenth studio album in January of last year, and Madame X was released in June this year. It has already reached number one on Billboard 200.

Despite being excommunicated from the church (more on that later)...

Madonna has previously expressed how she regularly uses Christian imagery in both her music and personal life as she still feels a close connection to Catholicism, and still believes in the faith.

Since the anticipation and release of Madame X, Madonna has been traveling globally to promote the new album, including numerous interviews and a performance at this year's Eurovision competition. Despite the interview primarily being about her music, she went off on a tangent and fell onto the topic of the recent abortion laws.

Speaking to Andrew Denton, Madonna got onto the topic of Catholicism.

When Denton made a joke about Madonna and The Pope "knocking back drinks," the pop star went on to express how she wouldn't be surprised if the opportunity to meet The Pope came about, saying: "One day he might invite me. I think this one might."

While musing about what she would say to The Pope if she had the opportunity, Madonna was quick to say: "Let's talk about Jesus' point of view about women." "Let's talk about it. What do you really think thought of women? And don't you think Jesus would agree that a woman has the right to choose what to do with her body?"

"He would be open to having that conversation..."

Madonna went on to express how she feels that Jesus would be open to having that conversation with her regarding a woman's rights to her own body.

Madonna has a history of ruffling feathers in the Christian community.

The music icon is no stranger to controversy and questionable methods when it comes to her music and public appearances. Her 1989 video for "Like A Prayer" was openly condemned by The Vatican for its disrespectful scenes in the church.

Later on in her career, one of her songs, titled "Holy Water," was called out by the church for the lyrics comparing Madonna's bodily fluids to holy water used to bless Catholics. Maybe some people are reading way too much into her songs...

Madonna referenced her most recent work...

Madonna went on to describe how she believes that "Jesus supports women who choose to abort their own babies," and in her new single, "God Control," the Creator opposes people having the right to own guns.

Despite the millions that stand with Madonna against the abortion ban...

There is also the opposing side that fully supports the ban, and sees Madonna's views as offensive and degrading towards Catholics.

The internet is not happy with the superstar...

Madonna has received numerous messages of backlash and anger over her comments in the interview, mostly by America's Christian community.

Many have used the phrase "killing babies"...

Madonna said that all women have the right to choose what they do to their bodies, but many have interpreted that as her saying that she agrees with "killing babies," which, I'm sorry, isn't exactly the case. The difference of opinion will forever divide us as a society, but a woman's right to her own body will never lose the debate.

A woman's body is her very own right.

Despite the law being passed in Alabama, at the end of the day, a woman has the right to decide what she does with her body and the life growing inside of it. Religion and personal opinions will divide many, but it is important to respect the wishes and beliefs of others, even if they don't agree with your own. Be sure to watch the full conversation here.