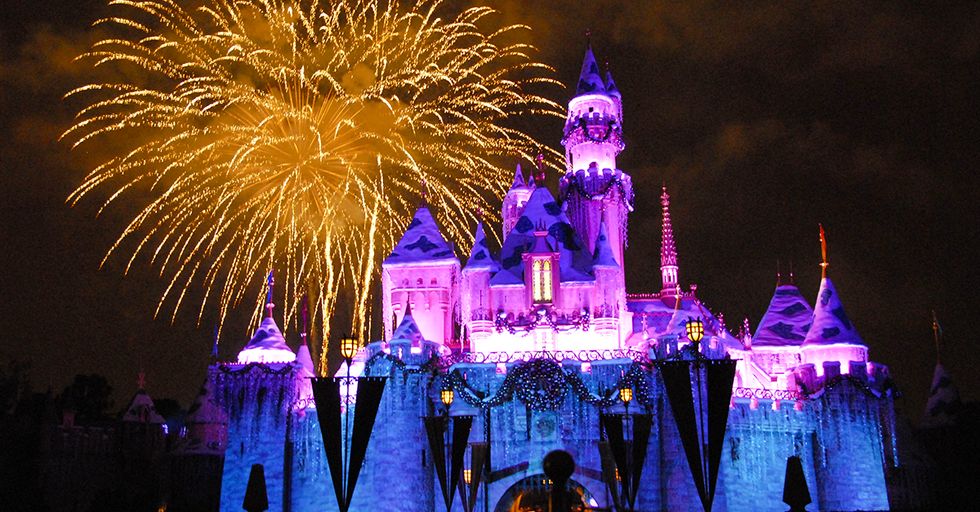 19 Magical Facts About the Happiest Place on Earth

Disneyland in California, Disney World in Florida, and all the international Disney parks tie for the happiest place on Earth.

And while you may not be able to travel to one of them right now, there's no reason skip the magic!

There's a whole lot of magical stuff about the happiest place on Earth that you may not know...and that may also make you go book a Disney vacation, like, stat.

Disneyland's Magic Kingdom was built in only one year.

When the park opened in 1955 for the first time, there were still some things that weren't quite right. In fact, while the park's opening was fun and historic, Disney referred to the day as "Black Sunday" because it was, well, sort of a disaster.

The Florida park is much bigger than Disneyland in Southern California. It occupies 27,258 acres, which is double the size of Manhattan.

There are trash cans everywhere in Disney parks.

Every 30 steps to be exact. They want to make it as easy as possible for park visitors to throw their garbage away and keep the park as clean as they can.

More than 84 million pairs of Mickey ears have been sold since Disneyland opened.

They are by far the most popular souvenir, and as you are probably aware, they come in a lot of fun different varieties. The next one is crazy when you think about it...

There are "Air Smellitizers" all over Disney parks.

They give off scents that match the areas of the park they're in. You will smell sea air while in the line for Pirates of the Caribbean, vanilla and baked goods on Main Street, and honey near Pooh's Adventure.

Disney World has "tunnels" that let employees and cast members travel to different areas of the park without being seen.

Disney World has more than 70,000 cast members who work at the parks and resorts.

This makes Walt Disney World the largest single-site employer in the entire United States. Could you imagine working there? I bet it's just as magical as it sounds.

You may know this one: There are countless Mickey Mouse heads hidden throughout Disney World.

You can find the mouse ears everywhere, even where you least expect it! Just make sure you keep your eyes peeled!

John Lennon dissolved the Beatles while at Disney.

For a split second in 1974, Disney wasn't the most magical place on Earth. That's right: John Lennon signed the official paperwork that disbanded one of the greatest bands of all time while he was staying at Disney's Polynesian Village Hotel. The next one is much happier...

You know, to fool Andy into thinking they're not alive! Unfortunately, the bit got too popular, and it's quite a production to get up in one of those costumes after you've dropped to the floor.

Disney has rules about who can dress up.

You may not wear a costume in the Disney parks if you are older than 14. They want to keep it very clear who is employed by the park and who is not.

The monorail at Disneyland was the first daily operating monorail in the Western Hemisphere.

It started as a ride in Tomorrowland, but now it transports guests to the park from the Disneyland Resort.

There are feral cats that roam the grounds of Disneyland.

There are approximately 100 of them, and they're taken care of by the park's employees. They receive flea treatments, vaccinations, and are spayed and neutered with the help of some local veterinarians.

Main Street, U.S.A. is based on a real place.

The design of Disney's Main Street is loosely based on Walt Disney's very own hometown of Marceline, Missouri. The next one is super sweet...

Walt Disney had an apartment in Disneyland.

It's true! He kept an apartment that was located over the firehouse on Main Street, U.S.A. The apartment is still there today, and there's a light in the window that's supposed to symbolize Walt's presence in the park.

Walt Disney originally wanted to use live animals on the Jungle Cruise ride.

But a zoologist told him that most of the animals are nocturnal and would be sleeping while guests were in the park, so he changed his mind. However, the ride did feature live crocodiles for a little while.

Pirates of the Caribbean once used real human skeletons on the ride.

Fake skeletons at the time just didn't look convincing enough, so the park got real skeletons from the UCLA Medical Center. When fake skeletons became more realistic, the real ones were replaced. But how gnarly is that?

Disney cast members have their own code language to deal with...sticky situations.

For example, "Code V" means someone is vomiting in the park. Before that, they referred to it as a "protein spill," but we're betting a few too many people caught on.

More than a few people attempt to spread ashes of their deceased loved ones in the park every year.

Even though it's against park rules and totally illegal, the Haunted Mansion seems to be the most popular spot to do it. Share this with someone who loves Disney as much as you do!