Mansplaining Fail: This Man Tried to Explain Costumes from 'Indiana Jones' to Woman Who Designed Them | 22 Words 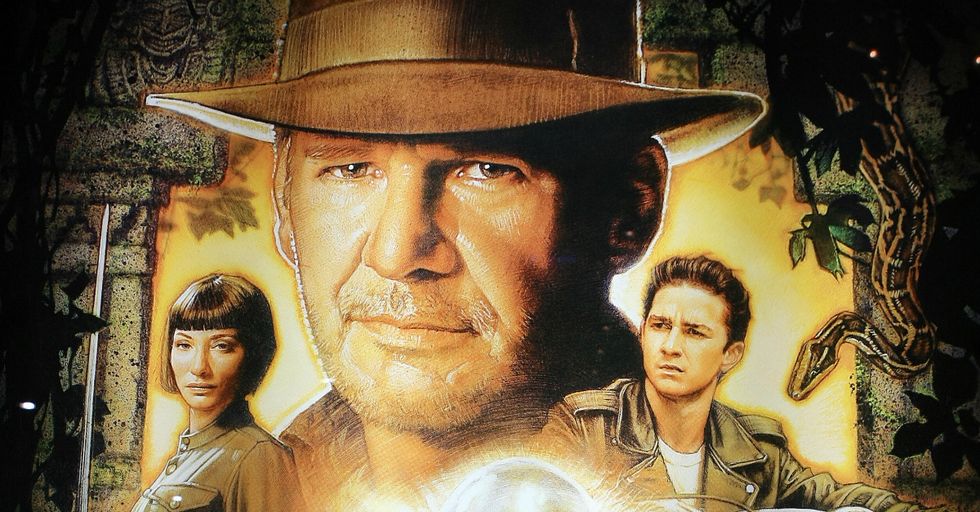 Mansplaining Fail: This Man Tried to Explain Costumes from 'Indiana Jones' to Woman Who Designed Them

Don't you love it when you come up with something, work years to bring it to life, and finally release it into the world ... only for some supercilious know-it-all to claim that he knows it better than you do?

Someone posted a Jeopardy question on Facebook, with the answer: “Charlton Heston’s wardrobe in 1954’s Secret of the Incas inspired the clothes worn by this adventurous character 27 years later." When a Facebook commenter named Stanley proclaimed that the question was wrong, Landis corrected his assumption, stating, "No. The question was exactly right because I provided it." At this point, you or I would have googled who Deborah Landis was, but not Stanley, oh no. Wouldn't you know he just had to clap back? "Spielberg acknowledges he was inspired by Greatest Show in numerous interviews," Stanley replied.

Problem was, he clapped back at the wrong person...

Turns out Deborah Landis — who, btw, also served as president of the Costume Designers Guild twice — had decided on Indy's wardrobe together with director Steven Spielberg... and she wasn't afraid to let Stanley know it. She replied, "Really, 'In interviews?' I was there. He [Steven Spielberg] and I watched Incas together in an empty theater. Stanley, you have got to be kidding..." Burn!!!! Hopefully, Stanley will never make that mistake again...