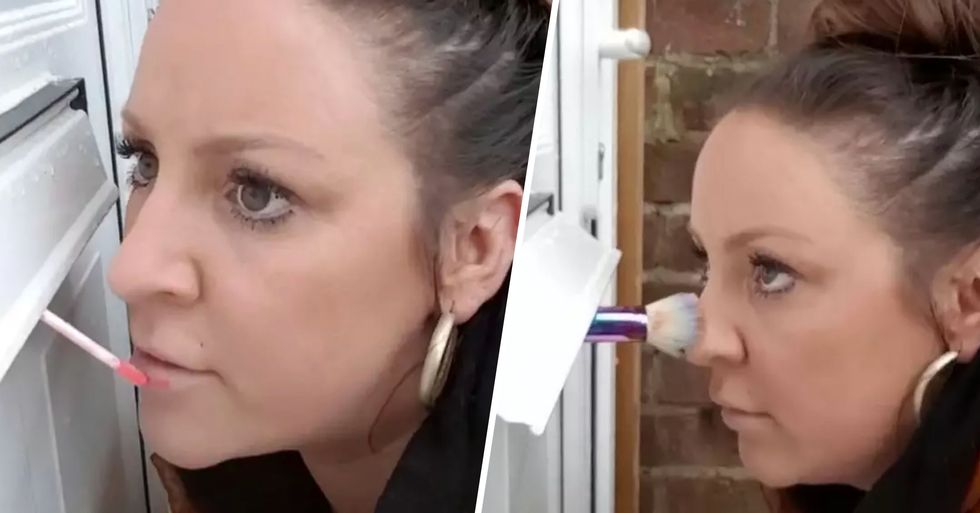 One makeup artist has a rather interesting approach to avoiding potential infection from COVID-19 ...

The disease is only expected to continue spreading...

She's still working amid the pandemic, but had a rather innovative approach to ensure she avoids infection.

Doing it through the letterbox, of course!

She shared her hilarious video on Tik Tok.

Hey, whatever works for you.

Although we're not sure this would be a particularly safe or sanitary method.

"I'd have to avoid contact to not get coronavirus, but this wouldn't really work - I only did it as a bit of a laugh."

"I managed to apply some make up, but I didn't do a very good job - no one would really do it this way." Phew - at least she knows!