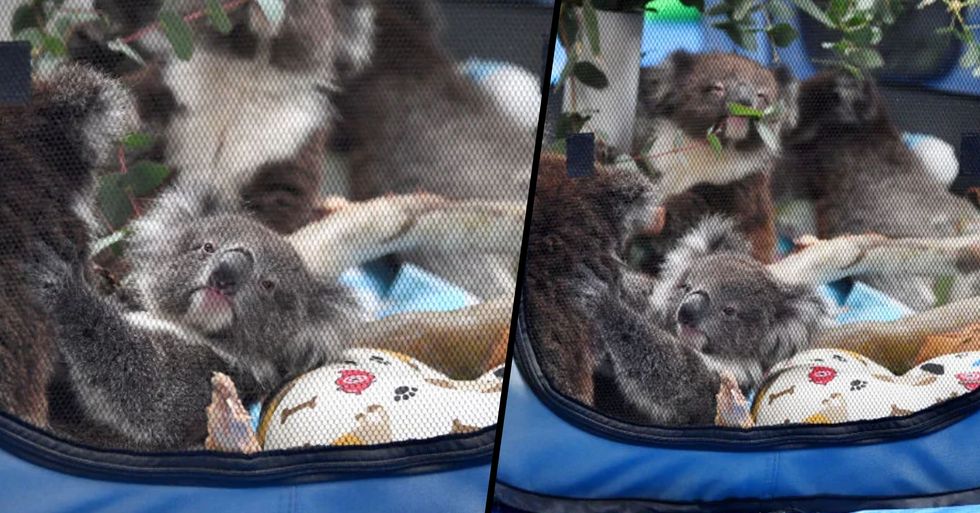 A school in Adelaide, South Australia, has transformed its hall into a makeshift animal hospital for the injured koalas in the area.

The heartwarming incentive, which has seen over 150 volunteers work tirelessly around the clock to achieve, has been nursing the burnt and dehydrated animals back to health in a small step towards reviving the country from their devastating bushfires.

Keep scrolling to see the photos from the hospital, and to hear how many marsupials they've managed to save...

But there's one school that has gone the extra mile...

A school hall in the north of Adelaide, South Australia, has taken in some of the surviving koalas affected by last month's Adelaide Hills fire.

And volunteers have been working around the clock to create a make-shift animal hospital for the burnt, dehydrated, and severely injured marsupials.

Over 150 volunteers have pitched in...

And at least eighty trained veterinarians have been attending the make-shift hospital to help tend to the injured animals.

Dozens of tents have been erected...

Which, once kitted out with branches and leaves, make a comfortable little home for the koalas while they recover from their injuries.

The "hospital" has been split into various sections...

There is an intensive care unit and a burn unit, a treatment area, a chlamydia section, a baby section, and indoor and outdoor trees for those well enough to climb.

Each koala has been given a name...

And each has its own little medical record. And, once the staff is satisfied with their health, they will eventually be released back into the wild.

Let's hope this amazing incentive will be adopted in other areas of the country...

Where, sadly, the flames continue to burn and claim the lives of millions of animals. To see the full extent of the bushfires, keep scrolling to witness the before and after photos of the devastating aftermath...