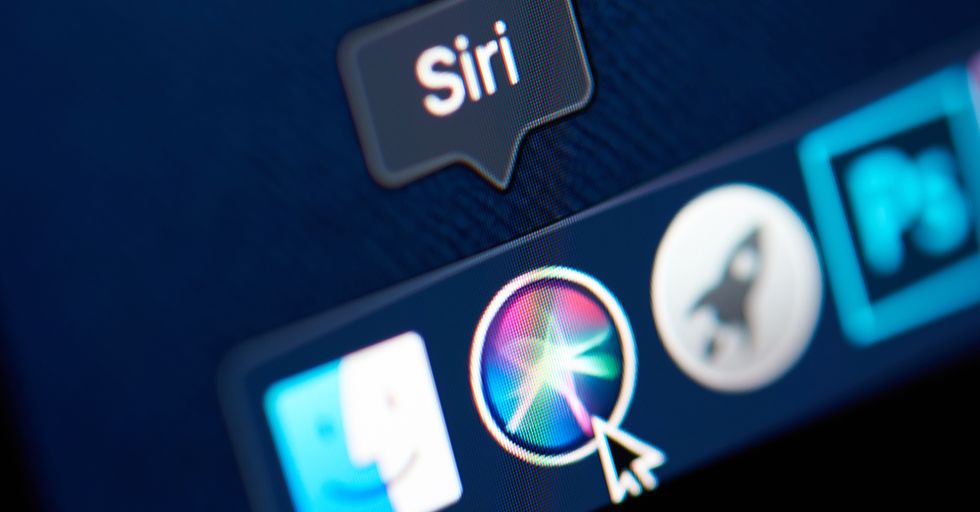 You Can Now Make Sick Beats by Having Siri Crunch Numbers

If you thought you were just catching up with the crazy Internet challenges of 2018, well get ready – 2019 is coming in hot with a new one that is sure to make you laugh and most likely dance.

We've all asked Siri some crazy questions before, waiting for a response in that technologically charming voice. Her answers, as accurate as they may be, always bring some subtle humor because you're basically talking to a pocket robot with the most inhuman voice to ever exist.

Some iPhone users are finding out that Siri can make a pretty sick beat when you ask her a few math equations and the results have already spurred on a 2019 Internet challenge that might be the freshest start to the new year we've ever heard.

Siri is more faithful and intelligent than pretty much everyone we have in our contact list, that's just a fact.

I mean, you can ask her just about anything and she knows the answer. She's also got a pretty good sense of humor.

She does say some pretty crazy things sometimes.

Have you ever asked her what she dreams about? You'll get some hilarious answers like "I only dream of helping you," or  "Fiery winged unicorns." She's a real jokester.

She's so much more than directions and reminders.

Although she's often used for some pretty basic things, like asking her where to go or what time it is, she also has a very human side.

Ask her some personal questions.

If you ask her what she's made of, she might say something like "It's complicated, but definitely not sugar, spice or puppy dog tails."

She has so many talents.

Where would we be without our girl Siri? The world would be so different, aimless even.

But did you know she has hidden talents?

Her best qualities are pretty well known by most iPhone users, but 2019 has revealed that she's got a skill that we did not know before.

It's all about the numbers.

Asking Siri to help you with your math is a common conversation between human and phone, but there's a secret method that produces an exquisite, dare we say, amazing result.

Who knew math could be so lit?

Students asked Siri what a trillion to the tenth power is, and hearing her say the answer is so rhythmic, it's almost inspiring.

Now all you need is a pencil.

If you add a few tapping noises, you automatically get an insanely sick beat.

Don't bother trying to add it up yourself.

It's not even worth figuring it out. Just let Siri do all the heavy lifting. You just add the beat.

Because this is some, as the kids say, fire music right here.

This is absolutely insane and I could listen to this on repeat all day.

This is going to top the charts.

This might be the best track of 2019. I wouldn't be surprised if they started playing this in clubs!

Siri has more potential than any other DJ because she's making amazing music without even trying.

People jumped on this challenge fast.

Everyone was excited to share their own mix of the #SiriChallenge and they just keep getting better.

I am digging this!

Anyone else bobbing their head incessantly and loving this sound? Who knew Siri had it in her!

This guy grabbed his mic and a looper and it feels like a whole new world of music that our ears have never heard before.

It's even better when you rap with it.

These guys rapped along to Siri's endless fire of zeroes and I think we've got a new single about to top the charts.

Could you imagine the rap battle?

There is so much potential here. I would kill to go to a live #SiriChallenge battle and hear our girl go at it, head to head with people making great beats and teaching the world a math lesson while she's at it.

The hype would be way too real.

Maybe Siri will make a guest appearance at Coachella this year? She would make a great headliner.

Siri really is THAT girl!

She is not holding back with her beats! Who knew she was secretly the most talented producer in the world.

It even sounds great when you change Siri's voice.

You know how you can change the accent of Siri to sound like a hot Australian or British man? Even the male Siri can bring the heat and makes a great song as well.

People on Twitter were really impressed with the #SiriChallenge because who knew she had it in her.

Lunchtime is about to be bumpin'.

Lunchrooms across the country are about to be turned-up to a whole new level and all kids need is Siri and a few pens to make the whole cafeteria a dance club.

Not everyone is cut out for this challenge.

Others tried it, and let's just say not everyone has the gift that Siri has to make sick beats.

That was hard to listen to.

Maybe we let the musically gifted handle this challenge. The rest of us can sit and listen.

This guy has got it down.

Siri and a few lucky collaborators made a sick beat together, like this guy who made an entire song out of it. Please tell me I can get this on Spotify soon!

Android users, you'll also have to sit this one out.

There is another group that can't participate in this trend, and that's the group of Android users, who have no access to Siri. At least they can watch the videos on Twitter!

It's okay to be hurt.

Don't take it personally Android users, it's just not your fault that Siri is only accessible to iPhones.

Who cares if you can't do math!

That's irrelevant now. All you need is a pen and a steady hand and you can be a star.

We are thriving already.

2019 is bringing the heat and I'm not even mad. This is a challenge I stand for.

Here's one for the road.

It's one whole minute of bumpin music with the wonderful sound of so many zeroes. You're welcome.

The best part is the lyrics.

For this amazing jam, you don't have to worry about memorizing complicated rap lyrics. If you can say "zero" you can rap to the Siri song and become a hit in the music world.

Start the year off right, and dance your way into 2019. Bring your friends along by sharing this article to spread the culture and get them moving!