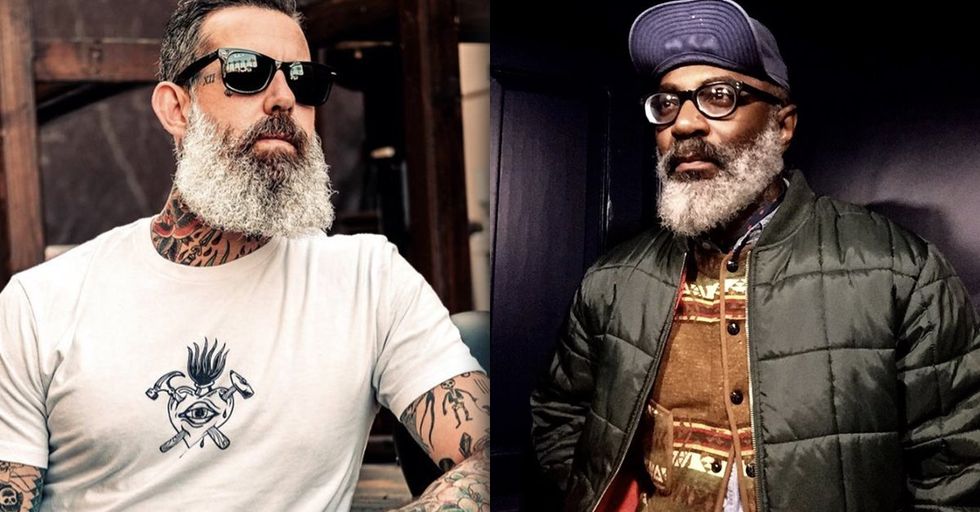 30 Male Models Over 50 Who Still Rock the Runway

When you think of models, your first thought isn’t usually people over age 50.

Nevertheless, some of the best models and style icons today are exactly that! You don’t need to be “young” to make it. Take a look at these 30 male models who are absolutely killing it! Age is just a number, after all.

At 55, Anthony Varrecchia is both a model, a personal trainer and a photographer!

In his 50s, model and designer T.R. Pescod is going strong!

This 63-year-old French model is known for that styled signature beard that he sports!

In addition to being a model, Aiden Brady is an actor and director too!

This silver fox is a magazine editor, model, and style icon! On the next page, one 80-year-old model proves you're never too old to take the runway by storm!

This 80-year-old Chinese actor and artist made his debut at China Fashion Week and quickly became known as “China’s hottest grandpa."

Mark Reay is also a photographer and actor, appearing in a 2014 documentary Homme Less about his own life.

As a fashion model and actor, Garrett Swann has landed on the cover of magazines like The Advocate.

This Swedish model is also an interior designer.

Regardless of age, Ron Jack Foley knows how to serve looks! Next up, another group of talented models- including one who used to be a schoolteacher!

Guillermo Zapata is an actor, entrepreneur, and restaurant owner! His Instagram is full of gorgeous shots like this.

As if his tattoos weren’t cool enough, Seth Andrew Silver is also both model and art professor!

Irvin Randle is a style influencer, model, and teacher! His dapper look went viral on social media, and he’s been on the runway ever since.

This handsome model and actor hails from Australia!

Antony Fitzgerald is a London-based model with an elegant flair for fashion! Turn the page for our next round of swoon-worthy 50+ models!

Brad Welling got into modeling during his 40s, and he works as both a model and a lawyer!

Andreas Von Tempelhoff is an international model, photographer, and actor.

Jack Guy is both photographer and director, with a real flair for both nature and modeling images.

This French model has that ruggedly-handsome look down in this photoshoot!

At 54, Jeremy Lea is still super easy on the eyes! Next up, one man who models for his millions of Instagram followers after becoming a social media star.

Gianluca Vacchi is less of a working model and more of a social media sensation. With over 11 million followers, he knows how to hit the right angles!

Known for his beard and the star of many advertising campaigns, Francisco Cipriano is adept in fashion, writing, and photography.

Jason Jules is a fashion consultant with a great eye—and his own photos on Instagram are, clearly, wonderful!

Paul Mason (AKA Fashion Santa) has been modeling for over 30 years—and it doesn’t look like he’s slowing down anytime soon!

Alessandro Manfredini is a sculptor and graphic artist whose beard totally changed the game! After sharing his look on social media, he’s become an international model. See who else makes our list on the next page!

At 54, Andre Van Noord is both model and actor!

You can’t get any more Parisian than a photoshoot with the Eiffel Tower!

Shan Michael Hefley is a fitness model—and his Instagram is full of athletic prowess.

Angelo Gallamini is a fashion designer, and he’s yet another gent on this list to sport a truly impressive beard!

Nickelson is both designer and style icon, and is known for his tailored blazers and tattoo sleeves! Share this story with fashion fanatics and skeptics alike, and prove that modeling over 50 is pretty great!