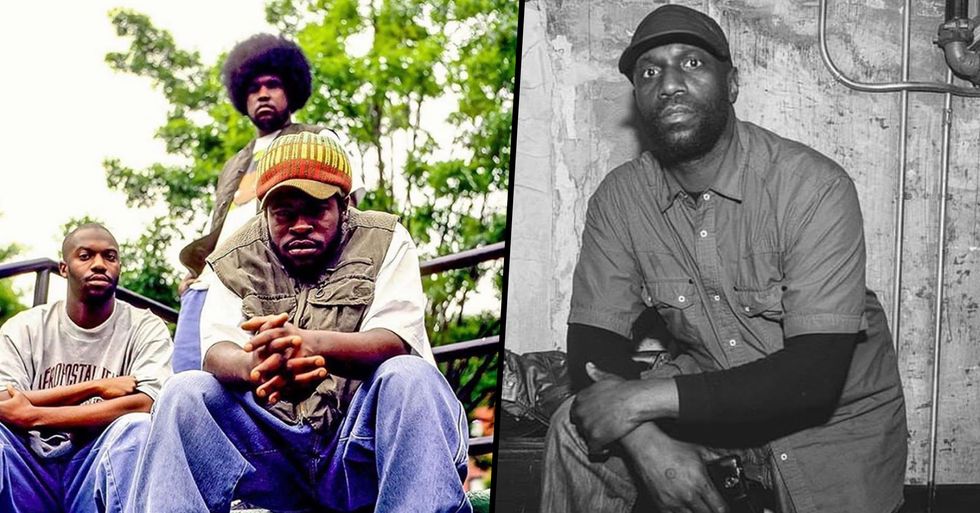 Malik B, Founding Member of The Roots, Dies Aged 47

Tragic news has reached us that Malik Abdul Basit, who performed under the name Malik B, has passed away. He was just forty-seven years old.

Rapper and singer Malik B has passed away aged forty-seven.

The heartbreaking news was announced on Wednesday.

Malik was a true pioneer of hip hop.

The star rose to fame as the founding member of American hip hop band, The Roots.

The band started performing together in '87, while they attended Millersville University in Lancaster.

It all began when Malik befriended high school pals Ahmir "Questlove" Thompson and Tariq "Black Thought" Trotter,  who began performing as a group under the name Square Roots.

However, in 1992, the band made a slight adjustment to their name.

They officially dropped "Square" from their hip-hop ensemble name, thus the band we know and love was born.

To launch their career, the band moved over the pond to London.

Before releasing their debut album, Organix the following year.

But Malik's breakthrough into fame didn't come until '95.

The Roots' major-label debut album Do You Want More?!!!??! went down a treat with fans, but it was Malik and Black Thought's raps that reigned supreme on the tracks.

But, at the turn of the millennium, big changes were ahead for the band.

Malik recorded songs on 1996's Illadelph Halflife and 1999's Things Fall Apart, but made the decision to leave the band he co-founded in 1999.

This must have been devastating for the band at the time.

In fact, fellow member Black Thought penned an open letter to Malik on the track "Water," detailing the rapper's critical role in the group's rise to fame.

But, even after Malik had left the band...

He still featured on some of their songs, including the likes of "Game Theory," "In The Music" and "Here I Come" from 2006's Game Theory.

His final ever contributions to The Roots came in 2008.

He lent his verses to tracks "Can't Help It" and "Lost Desire" from the band's 2008 album Rising Down.

During his time out of the band, Malik embarked on a solo career.

His first solo work came in 2005 with the album Street Assault.

In total, Malik released 1 EP and 2 albums as part of his solo career.

Sadly, we woke to the news this week that Malik has passed away.

He was just forty-seven years old.

“It is with heavy hearts and tearful eyes that we regretfully inform you of the passing of our beloved brother and long time Roots member Malik Abdul Baset," the group wrote.

“May he be remembered for his devotion to Islam, his loving brotherhood, and his innovation as one of the most gifted MCs of all time."

Tributes came pouring in from family, friends, and fans.

His cousin remembered him as "so talented and had a huge heart."

This is such a loss to the hip hop community.

The Roots have one of the best discographies in hip hop. Malik B was a significant part of that, contributing incre… https://t.co/5cz4JRTcgO
— King Wow (@King Wow)1596051399.0

Tributes have been highlighting the significance of his contribution to hip hop and his legacy.

The Hip Hip world has been left truly heartbroken.

"Dude inspired a whole generation of us to touch the mic."

This is such devasting news.

At the time of writing, his cause of death has not been announced.

Our thoughts are with his family and friends at this difficult time. Keep on reading to learn about the tragic deaths that this year has brought upon us…