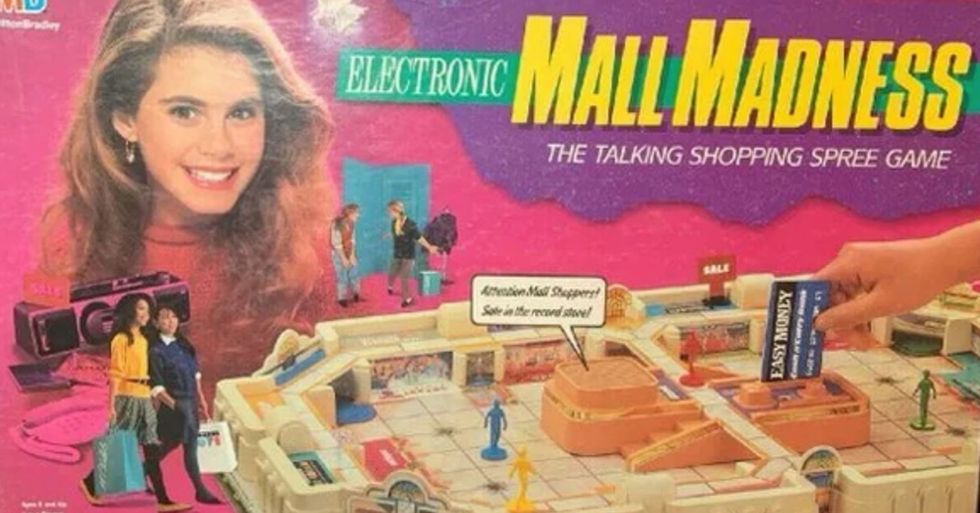 We may be looking through rose-tinted glasses, but the '90s really were the best, weren't they? The clothes, the snacks, the board games ...

Well, luckily for '90s kids, some of the best aspects of the era are making a comeback. And one of the most exciting relaunches? Everyone's favorite shopping-based gaming extravaganza, Mall Madness.

Here are the top snacks that'll take you back to the '90s.

Minute Maid juice bars. Every '90s kid has begged their mom for one of these icy treats at least once.

We're pretty sure these bottles were better used as a water gun than to actually drink out of.

Surprisingly these multicolored yogurts can still be bought online. We wouldn't recommend it though.

Thankfully these '90s snacks still grace our stores, and now come with a wider selection. Although, nothing could beat those tiny personalized pizzas.

Why should Gatorade have all the fun?

One of the best '90s snacks has been recently announced to be coming back.

They're still a few months away yet.

However, they're scheduled to come out this summer!

The internet was hugely excited.

Who needs a bikini body when you've got a bag full of these bad boys.

Nostalgia levels through the roof.

These companies sure know how to get us excited.

Because the '90s was about more than just food, right?

There's a lot to miss about the era.

The music, the television, and the movies all just seemed to be better back then!

But alongside all the great stuff to watch and eat ...

Remember '90s boardgames? Boy, you wanna talk about some fun.

They just don't make 'em like they used to.

Board games today are just missing that '90s spark.

But there was one that reigned supreme.

And for those who have been missing their mall board game fix?

Great news! It's set to make a comeback this year...

It's been confirmed by Julien McCluney, vice president of Global Brand Strategy and Marketing at Hasbro.

"In the original Mall Madness – as well as the new edition – the game is centered around the exciting experience of going on a shopping spree with friends," they told Bustle.

It's held a place in our hearts for years.

"The fact that so many adults reminisce about the original [game] more than 30 years after its initial release speaks volumes to its place in pop culture!"

It's had some updates, but remains true to its roots, too.

"While the look and feel of the mall in 2020 has changed, many of the game’s core elements remain the same."

"In the new edition, players will get to choose a personality and play as Gwen, Sage, Avery, or Dax while in the original game, the pawns were different colors."

"We’re excited to bring that magic to a new generation of 'mall shoppers,' and invite millennials to re-live a favorite game from their childhood."

It's set to launch this fall.

And we're already getting excited! And for more '90s nostalgia, scroll on!