Man Accidentally Circumcised After Doctors Mix His Notes Up | 22 Words 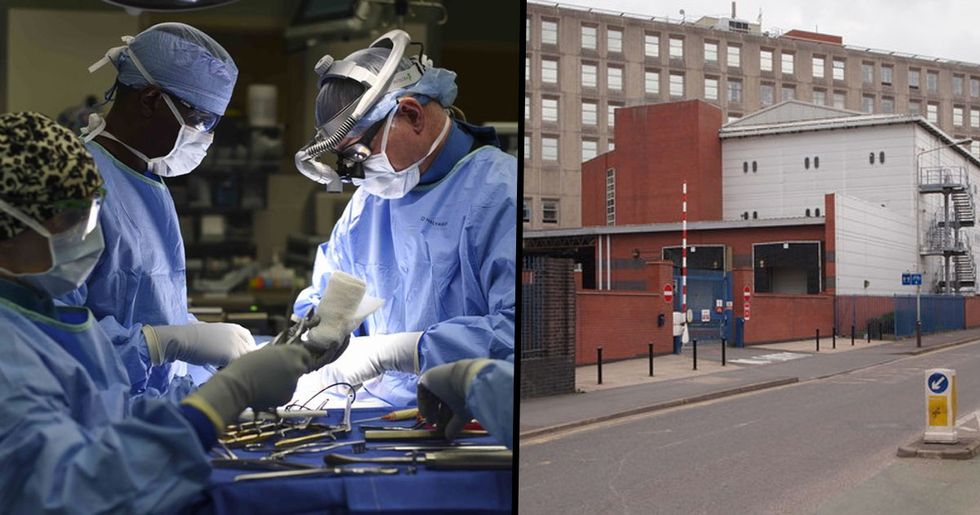 Man Accidentally Circumcised After Doctors Mix His Notes Up

I would say that this is every man's worst fear when going to the hospital for a minor operation, but I think that would be a bit of a stretch.

I mean, who goes to the hospital to get an ingrown toenail removed and thinks "oh I do hope they don't accidentally slice up my danger noodle?"

Funnily enough, maybe that is what guys should be concerned about. Better to be safe than sorry, right?

One man from Leicester, U.K, sure is sorry that he didn't ask to have a look at his surgery notes before going under the knife...

The colorful history of "never events."

Ever heard of a "never event?" Well, why would you when they never happened? Actually, despite the misleading name, never events do certainly happen, in fact, these events more often than not dramatically change the lives of those involved forever.

More like "never going to forget about it event."

Am I right, ladies?

"Never event" was a term used by the National Health Service to describe what happened in Leicester.

The term is used to describe incidents so severe that, not only should the National Health Service ensure that they never happen again, they should have never have happened in the first place.

The Leapfrog Group, a Patient Safety Organization set up in the 1990s to reduce medical errors and improve medical care first coined the term.

They described the incidents as: "Adverse events that are serious, largely preventable, and of concern to both the public and health care providers for the purpose of public accountability."

The Leapfrog Group (PSO) is prominent in the U.S.

The Leapfrog Group work tirelessly to record never events across the world, and, in doing so, raise awareness of the errors to prevent them from happening again. Leapfrog is an active organization in the United Kingdom, the United States, Canada, Australia, New Zealand, Egypt, and Germany.

How many never events are happening in the U.S. every year?

According to a study carried out by the Leapfrog Group in 2012, around 1,500 never events occur each year. On top of that, they recorded that around 4,000 surgical mistakes happen every year.

What separates a "never event" from a "surgical mistake?"

Well, a never event is categorized quite specifically. In 2012, The National Quality Forum (NQF) designed a list of what they considered to be twenty-eight examples of what qualifies as a "never event."

A few of the examples:

What happens if a never event does happen?

Mistakes happen, right? And it's not just something that happens on telenovelas either - never events do happen in real life. So, what should you do if it happens to you? Call one those that Injury Lawyers? Have the creepy doctor's sperm baby because abortion is banned in your state? Here's what Leapfrog Group recommends...

The Leapfrog Group suggests four actions that can be taken following a never event:

1. Apologize to the patient. 2. Report the event. 3. Perform a root cause analysis. 4. Waive costs directly related to the event.

But, of course, the doctor can't prevent a patient from suing.

If a doctor was told to remove my tonsils and, instead, gave me a hair transplant, I'm pretty sure I would want to sue. Unless, of course, the hair that they replaced mine with was super nourished and shiny and meant that I could do that hair model swish wherever I went...

In the U.K, patients don't pay for their operations.

How can you refund someone for a free service? Unlike in the U.S, patients in the U.K get their surgery procedures as part of the free National Health Service. So not only do they get free ops in the first place, but, if it goes wrong, they automatically get compensation! What a country.

But with massive cuts to the NHS in recent years, never events are happening more and more.

According to British newspaper, The Independent, "Statistics published by NHS Improvement outlined 314 incidents took place between April 16 and December 31 last year – more than one a day." That's a rise of 16% from the following year and public speculation is that the increase in slip-ups is due the spending cuts to the NHS since the Conservative Party took over in 2010.

The fall of the NHS.

The conservative party is more in favor of a private healthcare system, like the one that we see in the U.S. Many British people consider the severe cuts made to the NHS in recent years to have been a tactic by the Conservatives to cripple the system in a bid to let the free healthcare system fall into disarray, making it easier to scrap in the future. Sadly, the idea that people would opt on to private healthcare because of the poor conditions in the NHS hospitals is already becoming a reality in the U.K.

The most common "never event?"

The most common never event to occur in hospitals is for the wrong anatomical body part to be operated on. It could be something relatively small, like the wrong tooth, or something as severe, as in one case, as the surgeon operating on the wrong side of the brain!

U.K hospitals also came under storm earlier this summer, when a series of patients died as a result of eating bad sandwiches. Crazy, right? Imagine going into hospital to get better and getting poisoned by a sandwich that's gone bad.

In June 2019, five patients died as a consequence of eating contaminated sandwiches.

According to reports, the sandwiches became contaminated with listeria. This bacterium is found in unpasteurized milk and other dairy products, as well as cooked sliced meats, pâté, and smoked salmon. The bacteria can be deadly to someone with a weak immune system or someone suffering from cancer. The patients affected were at Manchester University NHS Foundation Trust and Aintree University Hospital NHS Foundation Trust in Liverpool. Since the outbreak, the government has pulled the sandwiches from the menu, naturally.

In Liverpool, you can be poisoned by a sandwich. In Leicester, you could lose a bit of your weiner...

That's right, one man walked into University Hospital of Leicester NHS Trusts hoping to get a little botox. Seventy-year-old, Terry Brazier, told the Daily Star: "I went in the surgery for some Botox and they ended up circumcising me."

"It was a real surprise."

I mean, that's one way of putting it... Apparently, the doctors found it difficult to explain to Mr. Brazier what had happened - it was a complete mix-up. "They didn't know what to say when they found out they'd done it, they said they can't send me back to the ward and they needed to talk to me." That must have been a real awkward conversation...

"We remain deeply and genuinely sorry that this mistake occurred."

In a statement released by Andrew Furlong, Medical Director at University Hospitals of Leicester, the hospital expressed regret for what happened to Terry: "We remain deeply and genuinely sorry that this mistake occurred, and I would like to take this opportunity to once again apologize to Mr Brazier. "We take events like this very seriously and carried out a thorough investigation at the time to ensure that we learned from this incident and do all we can to avoid it happening again." Terry may well have lost his foreskin, but he was awarded £20,000 in compensation - which is the equivalent of $24,358.60! He could sure get a lot more botox with that!

Would you believe that these "never events" aren't even the craziest things to happen in U.K. hospitals?

One man, an elderly grandfather, visited a hospital in Warrington, U.K, in May this year to express his thanks to the staff there for taking care of a family member. He accidently brought the staff a pot cake and they ate it on shift. Keep reading to find out what happened!