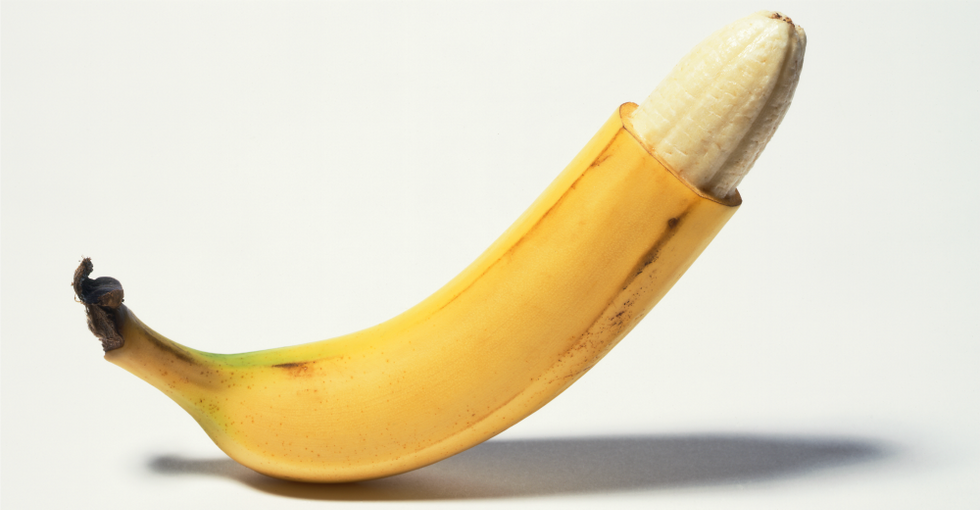 Man Accidentally Circumcised After Doctors Switch His Paperwork With Another Patient's

If you're anything like me, you tend to get nervous even when going into the doctor's office for a routine check-up. There's something about the clinical environment, the harsh lighting, and the (slim) possibility that the doctors will discover that I have some rare, incurable illness that gives me the creeps. I tend to put off going to the doctor for as long as possible, and when I do finally make an appointment, I'm filled with profound dread until the day of my appointment arrives.

One man from the United Kingdom had the misfortune of going in for a routine medical procedure and coming out, well, altered. And not at all in the way he was expecting. Keep scrolling to find out what happens when the medical professionals we entrust with our lives get something horribly wrong, and how shockingly common this occurs.

FYI, this may not be a good one to read on your phone in the waiting room of your doctor's office.

The decision of whether or not to circumcise your son is one that every parent has to make.

This procedure is usually done just minutes after a male child is born, and consists of "the surgical removal of the foreskin, the tissue covering the head(glans) of the penis," according to WebMD.

The rates of circumcision vary widely based on region.

While an average of 82.5% of males in the United States are circumcised, there are virtually no circumcisions done in Honduras and Japan.

Roughly 3.8% of males are circumcised in the United Kingdom, with 7% in Spain, 45% in South Africa and more than 90% in countries where Muslims are the majority.

The decision to have a child circumcised is done for a variety of reasons, ranging from religious to hygienic.

Because of how soon babies are circumcised, most males who are not circumcised at birth do not go on to have the procedure done later in life.

One man, however, recently went under the knife below-the-belt without even knowing about it, or after giving his permission.

At the University Hospital of Leicester NHS in Leicester, England, an unnamed man was scheduled for a routine bladder inspection.

He went into the hospital expecting to have a cystoscopy, which is when the urethra and lining of the bladder is examined using a thin camera...

...but he left the hospital minus a foreskin.

The mistake was caused when the man's notes were mixed up with that of another patient, who was scheduled to be circumcised in September of 2018.

Ouch. That's got to be a difficult pill to swallow.

I'd love to have been able to hear the doctor explain to the patient what happened upon him waking up. "I'm so sorry, sir, but it appears that we've misplaced your foreskin."

This is just the tip of the iceberg when it comes to these types of medical mistakes.

A report published by Leicester City Clinical Commissioning Group (LCCCG) states that this mix-up was one of eight "never events" that occurred at the University Hospital of Leicester NHS Trusts in 2018.

A "never event" meaning something so egregious that is should never have been allowed to have happened in the first place. What are these other shocking mistakes, you may ask? Let's break it down by month.

A patient was accidentally connected to an air flow meter instead of oxygen.

A medical swab was left in a child who underwent surgery to remove small lumps of tissue from his nasal passages.

A patient was accidentally connected to an air flow meter instead of oxygen. That's right, it happened TWICE in three months!

A man had the wrong surgery performed on him after his medical file was mixed up with another patient with a similar-sounding name.

After a mix-up with the consent form process, a patient was given the incorrect surgery. Notice a pattern forming here?

The surgeons conducting a procedure marked a patient for an angiogram in the wrong locations.

This is when our unnamed friend was given a circumcision when all he wanted was for someone to examine his bladder.

A patient who came in for a hip implant was fitted with a nail on the incorrect side.

The LCCCG claims that the hospital has neglected to learn from these horrendous errors and take the necessary steps to prevent these events in the future.

"Failure to demonstrate learning from never events has been a concern for Leicester, Leicestershire and Rutland commissioners and partners for some time," says the report.

"The CCG [clinical commissioning group] has an important role in continuing to support UHL to achieve their quality and safety ambitions and intends to do this modeling the comprehensive and collaborative approach described within the CQC [Care Quality Commission] report."

"This will be achieved through continuing to strengthen our relationships and aligning our improvement approach around a common set of clinical priorities."

Moira Durbridge, director of safety and risk at Leicester's Hospitals, responded to the report.

"We remain deeply and genuinely sorry to those patients involved, and of course we have personally apologized to each one." I'm sure that made the kid who had medical swabs left in his nasal cavities feel way better.

"We are committed to learning and improving and have enshrined this work into our clinical priorities within our quality strategy for 2019/20," she added.

Chris West, director of nursing and quality at Leicester City Clinical Commissioning Group, added to Durbridge's statement. "We appreciate the distress these incidents cause to patients and their families," he said.

"As commissioners, we monitor closely the number of patient safety incidents and serious harm reported during a patient's stay at the University Hospitals of Leicester."

"And are working with the trust to support them to improve quality and safety for patients."

So, how often do doctors leave surgical equipment in their patient's bodies after surgery? And what happens when they do?

The side effects of these types of events can be devastating.

"In two-thirds of these cases, there [are] serious consequences," said Dr Atul Gawande, a surgeon at Brigham and Women's Hospital.

"In one case, a small sponge was left inside the brain of a patient that we studied, and the patient ended up having an infection and ultimately died."

In an effort to reduce these types of mishaps, US-based non-profit The Joint Commission published guidelines known as the Universal Protocol.

These guidelines included making sure that all medical equipment is 100% accounted for after each surgical procedure.

Although this is the ideal situation, this doesn't always happen, since as many as 100 sponges can be used during just one procedure.

Stressful situations such as particularly difficult surgery or a distracting environment can cause even more errors.

Many hospitals throughout the US are cracking down on these types of errors through various methods.

A few have added special barcodes to their sponges and surgical tools in order to be able to track them more effectively.

That's a good start, at least!

So, I'm guessing you're pretty horrified by this information, right?

I can't say I blame you.

In fact, the thought of going under the knife right now sounds like an absolute nightmare.

After all, doctors are supposed to be the people who make us well again after an illness or injur, not add to our suffering because of their own carelessness.

But this is a great reminder that medical professionals are, in fact, human beings.

They make mistakes, just like everybody else. But if I've learned anything from these hospital horror stories, it's that, if I ever have to have a limb amputated, I'm definitely going to write "TAKE THIS ONE" in permanent marker on it, just to be safe. Because you never know, right?