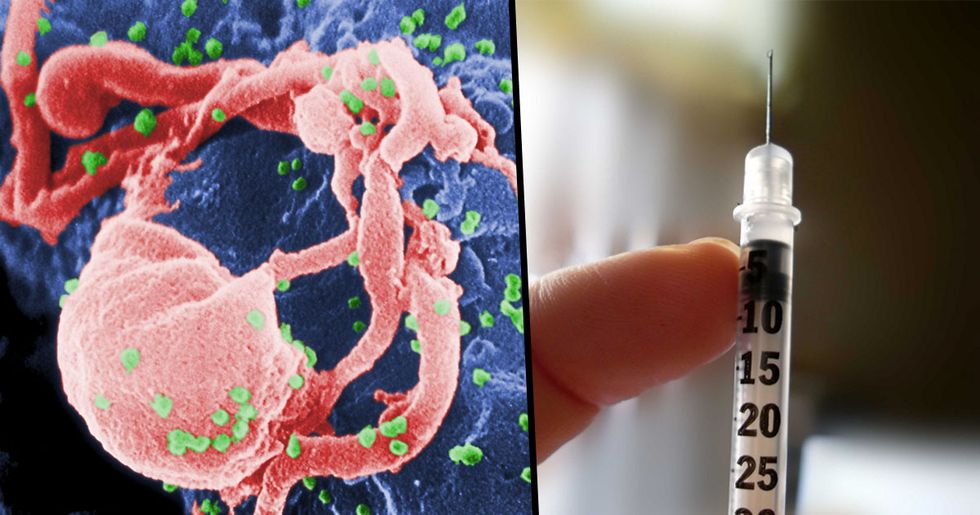 HIV is the virus behind AIDS - an often fatal and, up until now, an incurable disease.

Twelve years ago a miracle happened. A severely ill cancer patient received a bone-marrow transplant that unexpectedly cured his HIV too. Doctors found that it was due to a mutated gene in the donor's bone-marrow.

Ever since then, scientists have been trying to replicate the effect. But with no success.

Now a new case of cured HIV occurred in London. The anonymous patient received the same treatment as the first one had, except with much less aggressive drugs. The result? He, too, was cured of both cancer and HIV, and with fewer side effects.

Scientists are optimistic that this means we are about to discover a way to treat HIV and give people their lives back.

Unfortunately, because of the complex system of the HIV infection and its "cousins" we should keep our expectations reasonable.

In 2007, Germany, the first-ever person was cured of HIV.

@nytimes Amazing! My dad died from an AIDS complication among so many precious lives. Hoping many more can be cure ASAP!
— That kid Mike (@That kid Mike)1551753013.0

According to New York Times, the man was known as the “Berlin patient," later identified as Timothy Ray Brown. At first, the news gained little attention, but once the doctors confirmed that Brown was definitely HIV-free, scientists set out to find a way to replicate the results on other patients with both HIV and cancer.

But no matter what they tried, the virus kept coming back.

Patients either showed renewed symptoms of HIV 9 months after quitting antiretroviral drugs, or died of cancer. With every failure, scientists were becoming more convinced that Brown’s case was just a miracle.

Brown had suffered from leukemia.

When chemotherapy stopped working, he had to go through 2 bone-marrow transplants. The donor had a mutation in the CCR5 protein, which is found on the immune system cells. It’s by using this protein that HIV manages to invade the cells. But since they had a mutation, HIV couldn’t use the protein to do so.

After the surgery, Brown had to take aggressive immunosuppressive drugs and even suffered severe complications a few months later.

He had to go under an induced coma, coming too close to death. “He was really beaten up by the whole procedure," said Brown’s doctor, Dr. Steven Deeks. “And so we’ve always wondered whether all that conditioning, a massive amount of destruction to his immune system, explained why Timothy was cured but no one else."

The London patient’s case proved that it was not the case.

You don’t have to be looking to the light at the end of the tunnel to get rid of HIV.

The London patient is only the second one ever to be cured of HIV.

It’s been twelve years since Brown’s recovery. The new success means that, even if it’s incredibly difficult, it’s still possible to cure HIV.

However, scientists are careful about calling it a cure.

Rather, they describe the two patients’ cases as a long-term remission. It's too soon to draw any conclusions because there are only two success cases.

It is true that both occurred as a result of bone-marrow transplantation.

But the transplants were used to treat cancer, and not HIV. Scientists say this type of transplantation is unlikely to be used as treatment for HIV too. Why?

First of all, high-quality drugs are already available to prevent HIV from progressing.

Secondly, bone-marrow transplantation is risky and has severe side effects even years after surgery, New York Times says.

A much safer alternative would be to inject HIV patients with cells, modified to match the CCR5 protein mutation.

@nytimes And if we do find a cure for cancer and AIDS, it'll be too expensive for anyone to actually get it except… https://t.co/v2go3kBgbp
— Deep State Lizard (@Deep State Lizard)1551747216.0

“This will inspire people that cure is not a dream," said virologist Dr. Annemarie Wensing, University Medical Center Utrecht. “It's reachable."

Dr. Wensing is also a co-leader of IciStem, a European scientists' association that studies stem cell transplants as treatment for HIV.

AMFAR, the American AIDS research organization, is one of the association's supporters.

The London patient was nicknamed so after choosing to to remain anonymous in the study.

@nytimes Good news, hopefully people in Africa will also be able to afford the cure if ever there is one.
— Roxxy Amanda (@Roxxy Amanda)1551770194.0

“I feel a sense of responsibility to help the doctors understand how it happened so they can develop the science," he told New York Times via email.

He also said the opportunity to treat both his cancer and HIV felt “surreal" and “overwhelming."

“I never thought that there would be a cure during my lifetime," he added. The London patient suffered from Hodgkin’s lymphoma and in 2016 had a bone-marrow transplant from a donor with the same CCR5 mutation as Brown's donor had.

Just like Brown, he received an immunosuppressive drug treatment, except it was less aggressive.

He quit anti-HIV drugs in September 2017, which means that he's now the second patient to remain HIV-free for more than a year after treatment.

“Everybody believed after the Berlin patient that you needed to nearly die basically to cure HIV, but now maybe you don’t."

The London patient didn't have such adverse side effects after surgery as Brown had, but the procedure worked in almost the exact same way.

The bone-marrow transplant destroyed the cancer, and the transplanted, HIV-resistant immune cells have fully replaced the London patient's vulnerable cells.

New York Times says, most people with the CCR5 protein mutation are of Northern European descent, and IciStem has a list of 22,000 such potential donors.

IciStem is currently monitoring thirty-eight HIV patients who have received transplants from these donors.

IciStem is also regularly taking the London patient's blood samples, analyzing it to see if the virus has returned or spread.

“They saw a weak indication of continued infection in one of 24 tests, but say this may be the result of contamination in the sample," New York Times reports.

However, their most accurate test couldn't find any signs of the virus. HIV antibodies in the blood were still present but their amount had reduced over time - a similar pattern had been observed in Brown's case too.

Dr. Gupta says it's too soon to confirm whether the London patient is free of HIV for good. However, the test results are optimistic.

@ddiamond Hug a scientist. Or better still buy them healthy snacks to chew on when they are working late.
— Kavita Nair (@Kavita Nair)1551755102.0

“In a way, the only person to compare with directly is the Berlin patient," he said. “That’s kind of the only standard we have at the moment."

Some experts believe we have finally stumbled upon an actual cure.

But others aren't sure how exactly the discoveries in Brown's and the London patient's cases will lead us to treat AIDS.

Dr. Anthony Fauci, director of the National Institute of Allergy and Infectious Diseases, says he's “not sure what this tells us."

“It was done with Timothy Ray Brown, and now here’s another case — OK, so now what? Now where do we go with it?"

Dr. Deeks suggests that one option is to develop a sort of gene therapy that destroys the CCR5 protein on either immune cells or their predecessor stem cells.

Without the protein, HIV would not be able to infect the cells, and so eventually would be cleared out of the organism.

A few companies have tried to develop such gene therapies but without success.

“There are a number of levels of precision that must be reached," said Dr. Mike McCune, global health senior adviser, Bill and Melinda Gates Foundation.

“There are also concerns that you might do something untoward, and if so you might wish to have a kill switch."

He also added that a number of teams are working to eliminate these issues.

Their goal is to figure out a way to safely deliver the gene therapy to the right cells and genes through injection.

“These are dreams, right? Things on the drawing table," Dr. McCune said.

“These dreams are motivated by cases like this — it helps us to imagine what might be done in the future."

One drawback of this plan is that, even if it's successful, patients would still be susceptible to a form of HIV called X4 because it uses a different protein.

“This is only going to work if someone has a virus that really only uses CCR5 for entry — and that’s actually probably about 50 percent of the people who are living with HIV, if not less," said Dr. Timothy J. Henrich, AIDS specialist, University of California.

Even if the patient contracts only a small number of X4, these could eventually multiply since they'd have no competition from the other "cousins."

There has been one such case when, after a bone-marrow transplant, a patient rebounded with the X4 virus.

Brown, the first ever cured patient, hopes that the London patient will recover completely, just like he did.

“If something has happened once in medical science, it can happen again," Brown said. “I’ve been waiting for company for a long time."