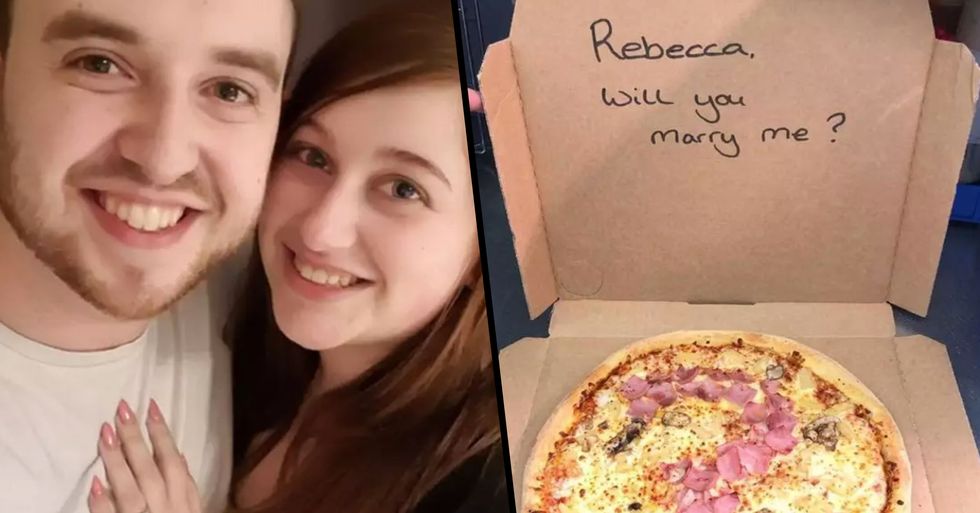 There's something about love. The emotional fanfare of finding someone perfect is aspirational, and in spite of many comments to the contrary, plenty of us still seek out marriage as a confirmation of that commitment. And nowhere is this more highly scrutinized than in the wedding planning process - which starts with the ring.

For some, the engagement is one of the most important aspects of the marriage process. But one man went for a rather unusual proposal this week - and the internet doesn't know what to think...

And getting the proposal right is a big deal.

In fact, many ascribe it with meaning about the potential future of a relationship and marriage ...

Getting down on one knee, proffering a diamond, you know the drill.

But you don't have to splash the cash.

If you make your engagement meaningful and personal to your relationship, that can be even more romantic ...

As one man learned this week.

One man from Berkshire decided the best way to pop the question to his girlfriend was not through conventional methods...

His mode of choice?

Through pizza - which is basically the universal language of love, right?

The couple is from Berkshire, U.K. and got engaged on February 13th this year.

The pair have a passion for pizza.

In fact, the 2 shared a pizza on their very first date, back in September of 2017.

And since moving in together...

So when Adam decided to pop the question ...

His local takeaway team was more than happy to help set up the slightly unusual proposal for him.

"Rebecca and I enjoyed our first date over a slice of Pepperoni Passion, so I really wanted to include Domino's in my proposal."

"I'm thrilled the team were so supportive and able to make this special occasion even more personal to us, and of course, Rebecca said yes as a result," Adam said.

"We're pleased we could help Adam turn his perfect pizza proposal into a reality and make it a dough-lightful moment for them both to share," said store manager Jarnail Singh.

We love a story with a happy ending! Fancy another incredible proposal? Scroll on for one man who managed to hack a Disney movie to pop the question ...