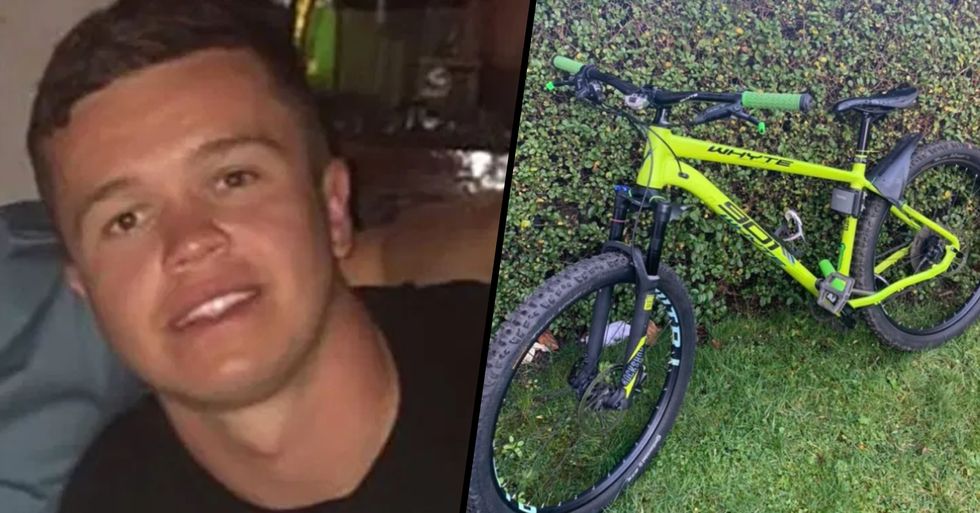 The world may be a pretty depressing place but sometimes, we get instances of kindness from strangers that really help restore our faith in humanity.

This one man decided to go out of his way to help return a stolen bike to the rightful owner and the internet can't stop commending him.

We all know how it feels to invest money into something.

It can take weeks or even months of saving every dollar you can in order to finally purchase whatever it is that you need.

This one British man bought an expensive bike but it got stolen a few weeks after he bought it.

It took him months of saving in order to purchase the bike of his dreams and to have all that hard work go to waste must have been the worst feeling ever.

But not all was lost as he had presumed...

It's people like Ste Burke, that really uphold the quote "not all heroes wear capes."

He was on the way home from the gym when he noticed something off...

He was approached by 3 men carrying a neon-colored bike.

He called this the "first red flag."

He then noticed the bike-lock at it's rear and it confirmed his initial suspicions that this mode of transport had in fact been stolen.

However, he was already one step ahead of them...

He knew the bike was an expensive one from the design and the brand, a factor the thieves were not aware of, so when he offered them $106, they jumped at the opportunity.

They sold him the bike for not even a fraction of what it's actually worth.

But Ste, being the kind person that he is, rushed straight to Twitter and uploaded a photograph and the details, asking the owner to come forward.

And within a few days, someone did.

He had all the paperwork for the bike as well as the key that fit directly into the lock in the back.

And he let Ste know how thankful he was...

He explained how he had spent just over $1600 on the purchase and how heartbroken he was when it was stolen.

Apparently, the thieves had also broken into his home.

He had been having a hard time and his bike being stolen just added to it, so it was nice to know that there are people like Ste out there who can empathize.

His car was robbed from where he had parked it, but he didn't make this about himself.

So after the bike was returned, the owner offered to give him the money back...

But he told Metro this: "He [said] he gets paid on Friday and could he send me the money then and I said no. I told him I didn’t feel right taking money off a man who has just had his house burgled."

After the incident went viral, Halfords, a British bike and car retailer reached out...

They offered him a free bike of his own for his selfless act, but he politely declined, saying he did not do this "to get free stuff."

And even Stormzy reached out to him, calling him a "top lad."

Ste is a pretty great guy. He was happy to have received the acknowledgment from Stormzy, who he considers his "hero."

And the rest of the internet couldn't help but give him a collective pat-on-the-back.

This user thanked him...

And this user referred to him as "sharp."

It does take a super aware person to detect the signs, and an even braver person to handle the situation calmly.

And Ste just keeps on giving.

What a lovely man!

We're just glad that everything worked out for the best.

We're suckers for a happy ending! If you want to read another heartwarming story, then keep scrolling...