Man Caught by Police Despite His Disguise | 22 Words 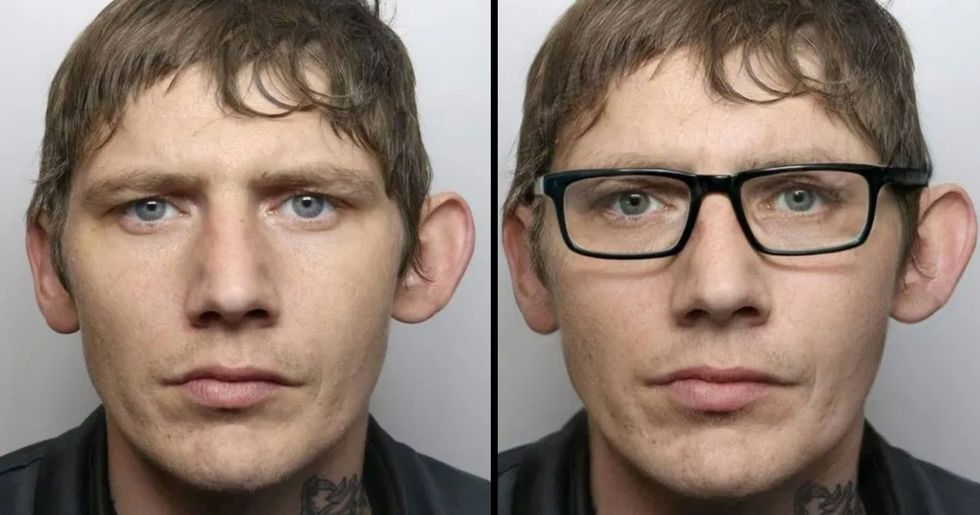 Man Caught by Police Despite His Disguise

Criminals seem to be getting more inventive with their ideas, in the hopes that after committing a felony, they'll be able to get away with it. The rewards make it tempting to some, while the adrenaline rush is key for others. From smuggling drugs across borders to petty theft, just when you think you've seen it all, another idiot comes along and changes the game.

Stick with us as we expose the mugshot of the latest criminal that tried to get away from the cops...and discover some of the best disguise fails we've seen this year along the way...

How stupid do you have to be to smuggle drugs across a border?

Very. But, strangely enough, it occurs more often than you would think. It seems as if a maximum twenty-year sentence isn't enough to deter some criminals.

And that's exactly what people have tried to do. Unfortunately, it didn't really work out for any of them, and they found themselves behind bars.

Remember this Colombian man who gave it his best shot?

I think we all know that smuggling drugs is a bad idea. But it's even worse if you're a naturally nervous person like this guy was.

He was traveling from Bogota to Barcelona was stopped by the Spanish police.

He looked extremely nervous after his flight had touched down in the country. The authorities were immediately notified and he was taken in for questioning.

And that's when they noticed something strange...

The wig that he was wearing caught their attention as it looked unnaturally big. And you'll see from the mugshot that it was completely obvious.

Upon further investigation, the authorities discovered that under the hairpiece was a tightly-wrapped package.

And I bet that you can guess what was inside it. No, it wasn't a souvenir. Well, it could have been... It was half a kilo of drugs.

The package was worth just over thirty-three thousand dollars!

But the wig just wasn't realistic enough to keep it concealed. Neither was the look on his face.

The Spanish police posted the guy's mugshot on Twitter.

I love that they used some good ol' emojis to convey their emotions about the find.

A statement released by the police said: "There is no limit to the inventiveness of drug traffickers trying to mock controls."

Since the arrest was made, there have been no further details released on the criminal's identity. I mean, props for trying, but maybe look for a job that doesn't make you so nervous. It's really not good for your health. And neither are drugs.

However, the laws around the issue are getting tighter and penalities are getting harsher so be warned. Don't do drugs, kids.

Another failed attempt involved a woman and pretty little hairbows.

It takes place in the amazingly named city of Flippin, Arizona. While on patrol, police officer Kenneth Looney spotted a Dodge Neon with an expired license plate and decided to pull the vehicle over.

The thirty-eight-year-old driver, Jessica Bernice Kropp, was pulled over.

When questioned, Kropp admitted her license was expired, the car wasn't registered in her name. Looney then discovered there were five warrants out for Kropp's arrest.

Looney then asked to search the vehicle.

And it was then he made his odd discovery. A written statement from the officer reads, "As I was detaining Jessica Kropp, I observed what appeared to be a bow in her hair. The bow appeared to be a small, zip-locked bag containing a white crystal-like substance of suspected [drugs]."

"The baggie had a small rubber band around the middle, giving it a bow shape and was attached to a bobby pin."

"The substance was affixed to the right side of her head, attached to her hair. I said, ‘Are you serious?’ She said, ‘What?’ I said, ‘You have a bow in your hair made from a bag of [drugs]."

But she just pretended she had no idea what was going on...

Give up the act, sister. It ain't working. Long story short, she was thrown behind bars where she belongs.

And the most recent criminal to have tried his luck with the feds is none other than David Springthorpe.

After being involved in multiple shoplifting incidents and also breaching a court order, he was being hunted down by officers.

But David had a plan he thought was foolproof.

He decided a disguise would be the only way around this whole issue. But while some opt for the full sha-bang, a fake mustache, maybe a wig and blazer, David had other more simple ideas.

This was his master disguise.

A pair of black glasses. That's it. Safe to say he was caught within hours, as an officer spotted him on the street.

Since then, David has become the talk of the town.

He immediately went viral for his lame attempt at dodging the cops. Social media users put in extra effort to mock this idiotic criminal.

And things got even worse for him...

He was sentenced to thrity weeks behind bars but as news about him spread far and wide, it is rumored that he may have been involved in a bigger scandal than just petty theft. Yikes, sucks to be you, David. And if you want to read about a more serious criminal incident that left the world shocked, then keep scrolling.