Man Caught Escaping Lockdown by Dressing as a Bush | 22 Words 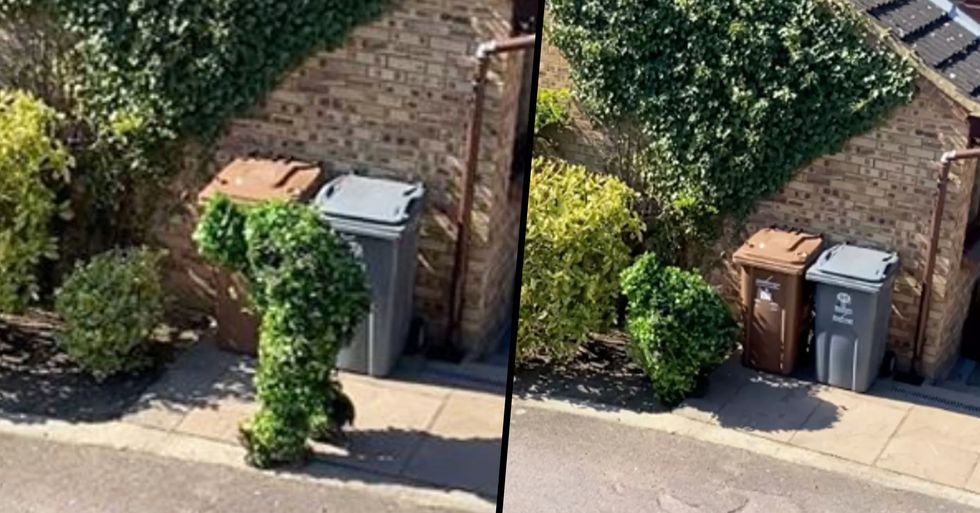 Man Caught Escaping Lockdown by Dressing as a Bush

A quarantined man in the U.K. has spectacularly broken the ultimate lockdown rule of not leaving the house by dressing up, head-to-toe, as a bush, all in an attempt to avoid drawing too much attention to himself.

You know, because there's nothing more normal than a walking, talking bush, right?

Thankfully for us, the rule-breakers antics were caught on video, and they make for some pretty hilarious viewing...

And now, nearly 800,000 people globally have been infected with the virus.

Others have simply had enough of quarantine, and have devised some rather creative ways to sneak out of the house.

Now, leaving your house during lockdown carries with it some pretty heavy consequences.

The government has warned that those caught breaking their lockdown will be fined and, in some extreme cases, even arrested and sentenced to prison time.

So those who do want to break the rules by leaving their house for purposes other than shopping for food and medicine...

Have to do so extremely carefully.

And one man recently took this to a whole new level.

Footage of a rather sneaky man leaving his house in a makeshift camouflaged costume has gone viral this week...

Because he was dressed, head-to-toe, as a bush.

We can't make this stuff up. The man was filmed by his neighbor, Madeline Mai-Davies from Hertfordshire, England, who then posted the footage to Tik Tok, where it quickly went viral.

The video starts out as any other video would...

Nothing too suspicious to see here, just a couple of garden bushes.

The bush suddenly gets up and, on 2 very human-looking legs, hastily tip-toes across the street.

Madeline was loving her in-street entertainment...

And can be heard laughing and saying, "Reached new extremes of how to get out!"

The "bush" can then be seen crouching behind another bush...

And, in expert army style, springs back up and hurriedly jogs to the other side of the street.

In an attempt to not draw any attention...

The bush then, rather hilariously, barrel-rolls across the driveway.

The "bush" can then be seen sneaking back up the street with a bright orange shopping bag in his leafy hand...

Because bushes need to do their weekly shop too, you know!

You can watch the full version of Madeline's video here.

Though don't be getting any ideas now... For more on the antics of those breaking the lockdown rules, keep scrolling to hear how a seventy-seven-year-old faced some serious consequences for playing Pokemon Go...