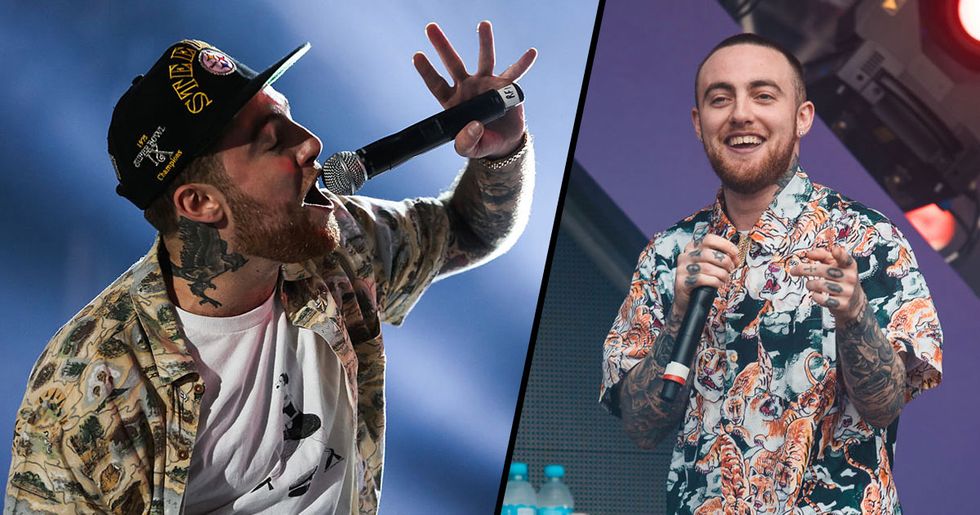 Man Charged in Connection to Death of Rapper Mac Miller

When musician, Mac Miller, passed away almost a year ago to the day aged just twenty-six, the world was shaken. The talented star was also known for being one of the most kind-hearted men in the sometimes-controversial hip hop scene. His death was ruled an accidental overdose, after being found unresponsive by a friend in his San Fernando Valley home.

Miller had long been open about his recreational drug use, although some found it odd that the star had ODed out of the blue. But now developments in the case reveal that the oxycodone that he had taken may have been laced with the far more dangerous fentanyl - and the supplier of the drugs has now been charged in relation to Miller's death.

He was also known for being an incredibly nice guy. He was very close to his family, and no one who ever met the rapper ever seemed to have a bad word to say about him.

It's believed that, among the cocktail of drugs in Miller's system, was a painkiller called oxycodone.

Miller had purchased the medication from a dealer. But new revelations have come out that the drug purchased by Miller was laced with the far more dangerous fentanyl.

Authorities claim Miller had asked his dealer for "percs."

This is a nickname for Percocets or a type of opioid painkiller than can produce feelings of euphoria when used recreationally. One form that these take is in oxycodone tablets.

The dealer in question is Cameron James Pettit.

The twenty-eight-year-old lives in the Hollywood Hills and had had a lot of contact with Miller prior to his death.

But it seems like he wasn't the most trustworthy supplier.

Because, in blood tests taken after Miller's death, high levels of a dangerous drug called Fentanyl were found - in spite of Miller not asking his dealer for any of the substance.

This has led police to a particular suspicion.

They believe that the oxycodone tablets supplied to Miller by Petitt weren't the genuine article, and were, in fact, laced with fatal levels of fentanyl.

They found oxycodone, hydrocodone, amphetamine, and Xanax, alongside other class A substances. But further investigation revealed the oxycodone pills to contain very high levels of fentanyl.

Dealers are well-known to create lower quality versions of their substances.

By using a cheaper alternative and selling it as the genuine article, they can maximize their profit.

But taking the risk with such a high-profile client is less usual.

Knowing that Miller was a public figure means that trying to supply him with lower quality drugs could end up with the heat being put on Petitt - which is exactly what has happened.

There were many suspicious messages discovered.

After Miller's body was discovered, Petitt reportedly texted: "I think I should probably not post anything …just to be smart. I am not great ... Most likely I will die in jail."

There were also clear links between Miller and Petitt.

Bank transfers from Miller to Pettit's friend of amounts over three hundred dollars show the two were in a transactional relationship.

Miller's death is one of many following the USA's opioid crisis.

"Fentanyl disguised as a genuine pharmaceutical is a killer – which is being proven every single day in the United States. We are aggressively targeting drug dealers responsible for trafficking illicit fentanyl, which has become the most deadly facet of the opioid epidemic," said US Attorney Nick Hanna.

According to the DEA, Petitt has been arrested.

He's expected to make his first court appearance later this week. If found guilty of manslaughter, he could end up facing up to twenty years in prison.