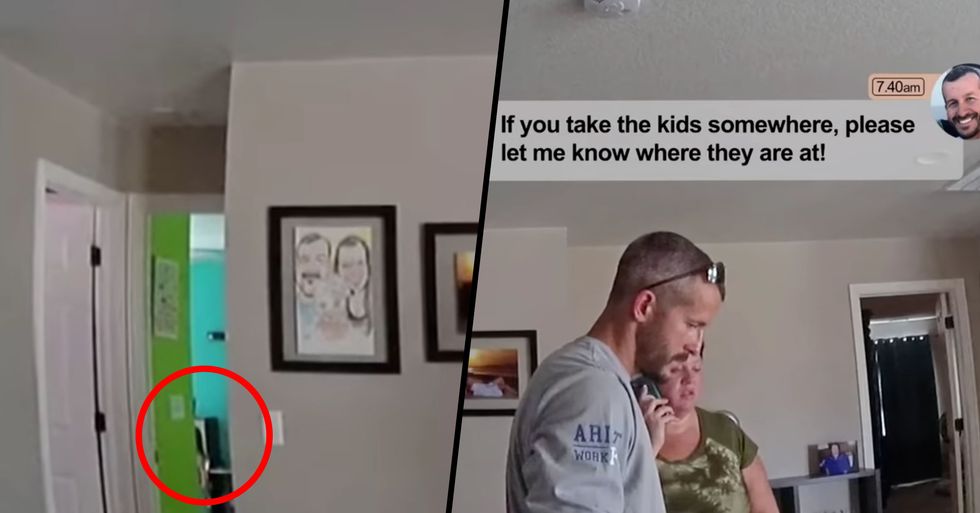 The release of the Netflix documentary, American Murder: The Family Next Door, has taken the world by storm but, after watching the doc, one man has come out with a shocking claim.

The footage is nothing short of eerie...

With the use of Shanann's Facebook videos and police bodycam footage, the documentary delves into the story of the seemingly idyllic Watts family.

She had dropped Shanann home in the early hours of the morning after a business trip and hadn’t been able to get hold of her since. She noted also that a pregnant Shanann had missed a doctor's appointment.

He casually admitted to killing Shanann as well as their 2 daughters.

Thus eventually admitting to smothering the girls himself, shortly after strangling their mother.

Within a week of the documentary's debut...

The repercussions have reportedly reached Chris in his Wisconsin jail cell.

A source close to the murderer has claimed that Chris is aware of the documentary...

And, though he will never watch it himself, it has reportedly sent him to "some dark places."

He is apparently in a lot of anguish.

"Just knowing that the documentary is out there has sent Chris to some dark places," the source, who talked to Watts as recently as last weekend, told PEOPLE. "He hates knowing that it's out there, but realizing that he will never see it."

Chris is apparently "curious" as to how the documentary has told his story...

And that's what's causing him the most anguish, not the poignant reminder of his sickening crimes. "He’s reliving a lot of what happened, and he hates not knowing what people are seeing about his private communications. Not that he wants to spend that time watching the darkest days of his life, but he wants to know what the documentary looks like and how it tells the story."

While Chris may never watch it himself, it is believed that the employees at the prison have indeed seen it.

"There's a lot of curiosity about him in prison," says the source. "He's the most high-profile inmate and what he did is incomprehensible, so everyone wants to know more about the case." Chris is set to spend the rest of his life behind bars.

But now, one eagle-eyed viewer has come out with a shocking claim after watching the popular doc.

... that there is a ghost in the footage.

A new YouTube video theorizes that the ghost is of one of the Watts daughters.

The part of the documentary where the sighting it reported shows Chris and Shanann's friend Nikole in the house, as well as several law enforcement officials.

And, after watching the supposed paranormal footage in question...

In the video, you can see a small child in the far left, playing in another room...

"You can start seeing stuff around the 0:33 mark," Arthur Cant, the creator of the video wrote in the comments on YouTube.

Though, there are some skeptics out there that claim the child could just be Nikole’s.

Either way, the glimpse of an unidentified child in the clip is certainly creepy. Rest in peace, Shanann, Bella, and Celeste.