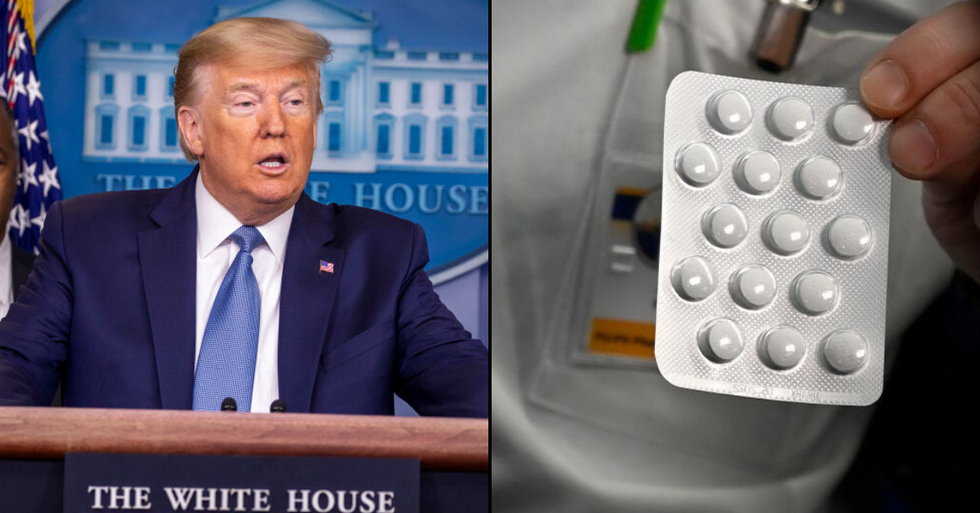 Breaking news is in that an Arizona man has died after self-medicating on chloroquine phosphate.

The pharmaceutical drug version of the compound - antimalarial drug chloroquine - has been backed by President Trump as a potential way of treating coronavirus.

But, just hours after the announcement...

News has broken that, while attempting to treat coronavirus,  an Arizona man in his sixties has died after self-medicating with the commercial version of the drug - chloroquine phosphate - the pharmaceutical drug version of which Trump has been touting for days. Chloroquine Phosphate is used to clean fish tanks.

He was then admitted to a nearby Banner Health hospital, where he died. "Given the uncertainty around COVID-19, we understand that people are trying to find new ways to prevent or treat this virus, but self-medicating is not the way to do so," Dr. Daniel Brooks of Banner Health, said in a statement. "The last thing that we want right now is to inundate our emergency departments with patients who believe they found a vague and risky solution that could potentially jeopardize their health."

She is currently in a critical condition in hospital.