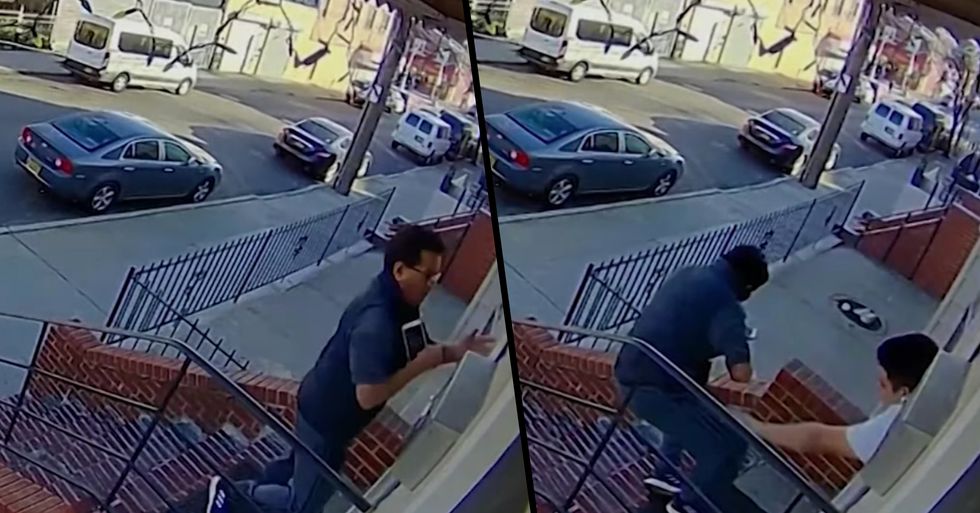 We can all agree that dealing with landlords isn't the easiest of situations.

It's never fun having to hand over the majority of your wage for rent and bills, but one angry tenant has recently taken things way too far.

Keep scrolling to learn more about this horrifying story...

We've all had landlord issues in the past.

Whether it's about paying rent late or dealing with maintenance issues, landlords can sometimes be hard work.

It is sometimes very frustrating work...

And when our landlords don't do anything to help us with our problems (as they should do), we can easily lose our temper.

But some frustrated tenants take things a little bit too far...

Who could forget the story about the elderly man who shot his landlord after he didn't deal with water damage in his property? Pretty intense.

And it turns out there's been another landlord-tenant dispute...

It all started in New York last week.

The incident happened on the 12th of January...

Seventy-one-year-old Edgar Moncayo is a landlord, and he dropped by his property in Corona, Queens, to collect overdue rent from his tenant.

His tenant is Alex Garces...

Luckily, Edgar had a surveillance camera installed outside the property...

So the entire thing was caught on camera.

Edgar is seen talking on his phone outside the property at around 3 pm...

The door suddenly jerks open which leads to Edgar having a brief scuffle with Alex.

But the twenty-two-year-old tenant overpowers Edgar...

And the elderly man is pushed down the steep stairs of the property, hitting his head as he falls.

Alex realizes what he has done...

And he and a friend then walk down the steps towards Edgar’s motionless body on the pavement, pausing to check on the elderly man before one starts pacing back and forth frantically.

Edgar sadly lost his life the following day after being on life support in hospital...

When questioned by police, Alex initially claimed it was an accident after trying to carry his mattress down the stairs and it falling against the door, which is what caused Edgar to fall.

But thanks to CCTV...

Edgar's family and the police saw what actually happened, and they soon realized that this wasn't at all an accident.

Edgar’s grandson, twenty-year-old Nicolas Jativa, told the New York Post, "My grandmother wasn’t home when this happened, she was on her way back home already when she got a call from a neighbor telling her what had happened." "As soon as she saw my grandfather she just dropped to her knees and started crying. I didn’t believe it until I saw the video for myself and it’s horrible."

He claims that Alex simply didn't want to pay his rent...

Nicholas went on to explain that there had been problems ever since the tenant moved in last month. "It was all about rent, rent money that this guy didn’t want to pay," he said.

The family are suffering greatly...

He said the family was devastated by his granddad’s death, adding, "We were all hoping he would survive. Life takes its course."

If Alex is found guilty...

He could face up to twenty-five years in prison for manslaughter. Rest in Peace, Edgar. To read more about the elderly man who shot his apartment manager, keep scrolling.