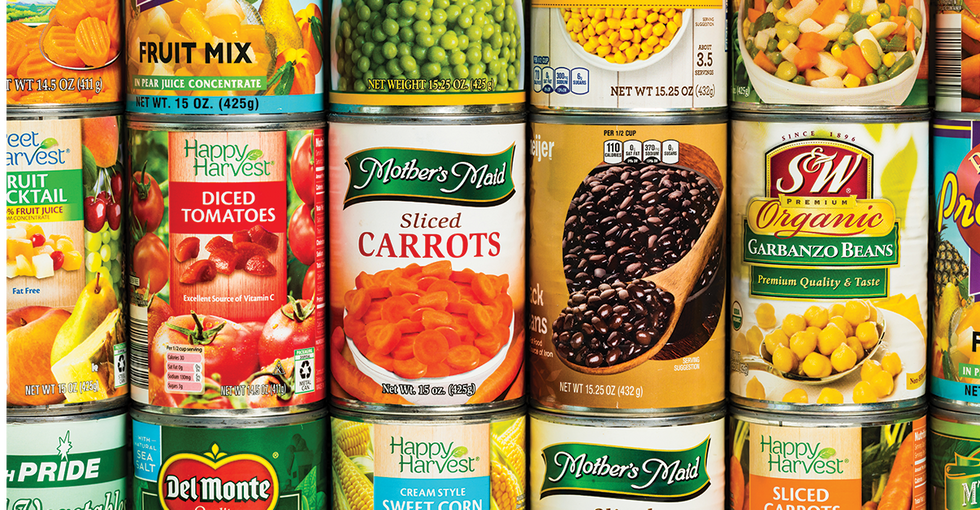 Let's start with the obvious: we're all a little bit weird right now. There's a global crisis happening. People are fighting each other over toilet paper. No one's brain is working exactly perfectly at the moment, and on top of that, we're all in close quarters with no way to get out.

That means we're all in the process of having some weird fights.

But here's the honest truth: this fight is weirder and more awful than any fight you can imagine. It starts with some beans and ends with a breakup, which is a truly amazing leap. Curious about how one couple went from a fairly normal stockpile to breaking up and living separately?

Just keep reading and we'll reveal all the details of this wild story. Come with us on a story that starts in an apartment, moves to the woods, and just keeps ongoing. It's going to be a bumpy ride.

The beginning of this story is familiar.

A guy and his girlfriend stocked up on some supplies to get them through quarantine. Simple enough. With all that is going on, we had stocked up on supplies, including some canned goods. -ThrowRA_BeanDrama

Maybe they went a little heavy on the beans, but beans are a solid choice.

I ordered a few weeks ago 30 cans of beans. 10 are black beans, 10 are kidney beans, and 10 are pink beans. Also, I ordered 15 cans of chickpeas. I thought this is a reasonable amount of beans and chickpeas to have every now and then and would last for quite some time.

Now you'd expect that they would be set on beans for quite some time.

But that's where you'd be mistaken. The bean problems started almost immediately.

You see OP wanted to make some chili, as one does when stuck in quarantine.

But when he went to the cupboard, what did he see? No beans.

Ok, that's weird. But then it gets weirder.

He asked his girlfriend about it, thinking there's no way they went through 30 cans of beans that quickly (a reasonable assumption).

Here is what his girlfriend said:

She told me she buried all of the beans in the woods. She did what? Why? PLEASE EXPLAIN.

Then we get into some weird logic.

She told me she was afraid that "if things get bad" we might have to worry about "looters or whatever" and that the beans would be in danger of being stolen.

Like a sane human, OP thought this was pretty flipping weird.

But it just escalated:

She became angry at me and said she "is protecting our beans."

According to her logic, the beans are safely buried in the woods behind our apartment complex, and if we ever need some beans she will go to the "stash" and dig up a can or two, but would prefer if we save them all for "if things get worse."

At this point in the story you're probably wondering what happened in girlfriend's childhood to make her so protective of beans.

OP was in basically the same place. He did not get this logic and got pretty frustrated.

He had to know where the dang beans were.

I demanded to know where the beans were buried, and she refused to tell me. She said if I knew she was afraid I'd dig them up, I said damn right I would. She said "I will never jeopardize the beans."

I WILL NEVER JEOPARDIZE THE BEANS.

This sentence will live forever in my mind as a piece of Dada art.

And then the rubber hit the road.

The following day I tried to put my foot down, and I'm not usually a foot downer but there are rare issues where compromise is out of the question, and I foolishly decided this was one of those issues. Ooooh this is getting juicy.

Now we get to the ultimatum:

I demanded that she tell me where the beans were buried and I told her if she was going to bury beans I paid for in the woods that I would move out. Ok, so she was definitely making a weird choice to bury the beans, but taking this to the level of "I will move out" was a bad move on the OP's part.

The next sentence reads "we fought about it."

To which everyone reading says "no s*** Sherlock," as you don't get to threaten to move out without some conflict.

At least the OP has some insight.

In hindsight I should have just let it go and created my own hidden stash of beans in the apartment, and given her time to maybe cool down about this bean burying scenario, but I blew it all out of proportion.

You can tell he's deeply regretting the choices he made.

Yeah it's weird to bury beans in the woods but why did I have to press it? What's the harm at the end of the day? In the grand scheme of things?

So just to recap:

Girlfriend hides beans. Boyfriend gets mad and demands to know where beans are. Girlfriend refuses. No one gets any chili because beans are still buried (the true tragedy here).

Here's what I'm curious about:

In the wild event that people start looting random apartments, what are 30 cans of beans going to do?

The world may never know.

What we do know is that when your significant other decides to bury beans in the backyard, do not keep pushing the issue.

Unfortunately OP did not know this valuable lesson.

I kept demanding her to take me to the beans, or at least draw a map or something. Oh, you sweet fool. Don't ask for this.

Because then this happened:

She BROKE UP WITH ME. Over the beans. Ouch.

It sounds like this was a pretty important relationship too.

I have lost the love of my life because I couldn't let the damn beans go. I am in disbelief.

In case you had missed it, they also lived together:

And she decided that breaking up meant she should move out. Once again, over beans.

Which led to some additional challenges:

Not only am I heartbroken but I am now paying full rent instead of 50% which is a huge financial issue for me. -ThrowRA_BeanDrama

Just to put this in perspective...

This woman decided that it was better to try to go apartment hunting unexpectedly and alone in the middle of a pandemic than stay with someone who wanted to know where the beans were.

Now there's a small amount of blame to be posted on the OP.

They were just beans. Let them be in the forest. It's not worth losing your relationship.

But overall this seems to be squarely in the lap of the girlfriend.

Because here's the thing: she could just not tell him and she would win the fight. She has all the power.

Are these some kind of special beans?

Do they possess magical powers that allow girlfriend to access a giant beanstalk?

Or is it just that we've all gone a little quarantine crazy?

No matter which one it is, we have definitely gone quarantine crazy, that much is for sure.

But here's the question that will linger in my mind forever:

Are the beans still buried or did the girlfriend take them with her when she left?