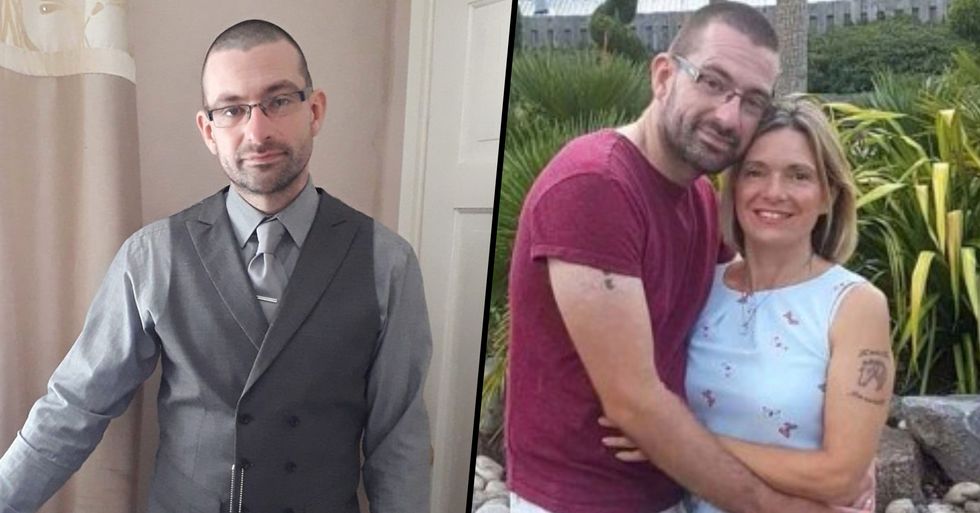 A man has been outed after faking a terminal illness in order to keep his girlfriend from breaking up with him. His complex lie infiltrated all areas of her life.

It's a tragic reality that around 9.6 million people died from cancer last year.

Every sixth death in the world is due to the disease, making it the second leading cause of death.

This is a very personal topic for many...

As nearly everyone knows or has lost someone dear to them from this devastating illness.

Cancer is a cruel illness...

And the chance of a person - no matter how old they are - losing their life is scarily high.

Despite this, there are people out there that use the illness to manipulate others.

Even going as far as to fake being terminally ill.

There are a lot of low lives out there.

A man has recently been found out after he lied to his girlfriend about having cancer.

He took the act even further by walking with a cane and taking fake medication, that were actually vitamin tablets.

To convince his girlfriend he was terminally ill.

To Karen Gregory, who was his then-girlfriend, to stop her from breaking up with him.

The thirty-eight-year-old manipulated Karen in every possible way.

Even getting her to travel with him to fake hospital appointments.

Convincing his friends and family of his "illness."

They even ended up sponsoring him on a charity run!

According to Karen, he made her wait in the car at the hospital as he "didn’t want her seeing him like that."

Before he concocted the lie, she was about to break up with Kevin due to his “sexual urges" and their general “incompatibility."

Despite her disinterest, Kevin would pressure her into going swinging.

The lie was definitely complex.

"I would pick him up and he would come out with bandages and tell me all about the nurses there. He would have the medication, a box of pills, throughout the day."

He even lied to his parents about the whole thing.

"I was standing next to him as he broke the news to his mum and dad. If he can lie like that to his parents, you have got to believe it."

Karen did have her suspicions when finding some of his "medication."

Finding out they were just vitamins and supplements.

Although he managed to convince her otherwise.

Prosecutor Ed Fowler explained how Ms. Gregory felt like she was pressured to stay.

And couldn't leave him due to his lies.

"She didn’t know this at the time (that it was untrue) and began to feel very guilty for him and she couldn’t leave him owing to his condition." "She tried to appease him by giving him more attention and she took on more jobs so he could leave his job and then provide him with sex and more attention."

Kevin would also get Karen to have sex with other men to fulfill his fantasy.

She felt she was coerced into doing this by Kevin.

He told her that the cancer had spread to a stage 4 brain tumour a year later.

Karen was "under the impression it was terminal and she had to have more sex with him."

It all came out last December after Kevin attacked Karen.

After he choked her and shouted abuse, telling her she had nothing to live for.

Karen called the police and Kevin admitted everything after the police checked his records.

Karen was told of the deceit over the phone.

Personally I think he got off lightly there. Keep scrolling to see how this journalist got diagnosed live on air...