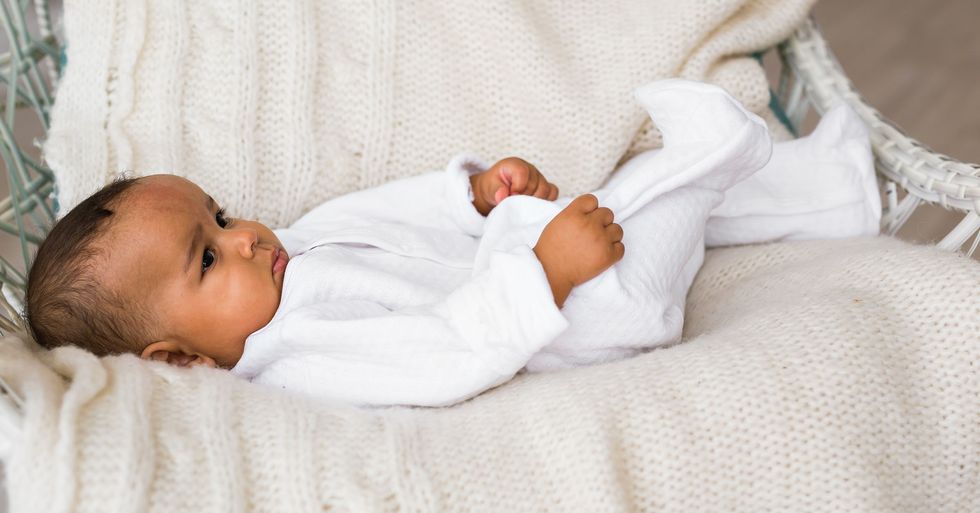 It's true that celebrities sometimes go for the craziest baby names out there.

But one poor baby with non-famous parents may have the strangest of the whole bunch...

There truly are some wild baby names about.

But usually, they come from parents who are in the spotlight, and so feel the need to give their child a name that will make them stand out.

However, this celebrity trend has now made its way into the realm of the average Joe.

With more and more regular parents deciding to name their child something out of the ordinary.

You may not think Blake Lively and Ryan Reynolds' choice is too unusual - until you realize that choice was for their daughter ...

Richard Gere was apparently inspired by a family name - but we know your mind just goes to the Simpsons ...

But one Redditor has shared the story of his unfortunately named kid this week.

"The deal was I named our daughter Charlotte (my wife didn't actually like the name but she agreed so long as she got to name the next kid) and she can name our next child."

"She came up to me yesterday and told me she was reading a book and found the perfect name."

"I asked her what and she said 'Tuesday.'"

"When she first said it, I admittedly laughed out loud and I asked her if she was serious."

"She said yes, she was, and it's her decision."

"She pointed out she hated the name Charlotte and agreed on the basis she would get to name the next kid."

"I argued that's a totally different thing, Charlotte is a NORMAL name, our daughter won't get laughed at because of it."

What do you make of the name Tuesday?

Fancy another baby name drama? Scroll on for the reason Amy Schumer had to change the name of her son ...